Tuesday, February 7
You are at:Home»Entertainment»US rapper Coolio dies aged 59
For the freshest news, join The Borneo Post's Telegram Channel and The Borneo Post on Newswav. 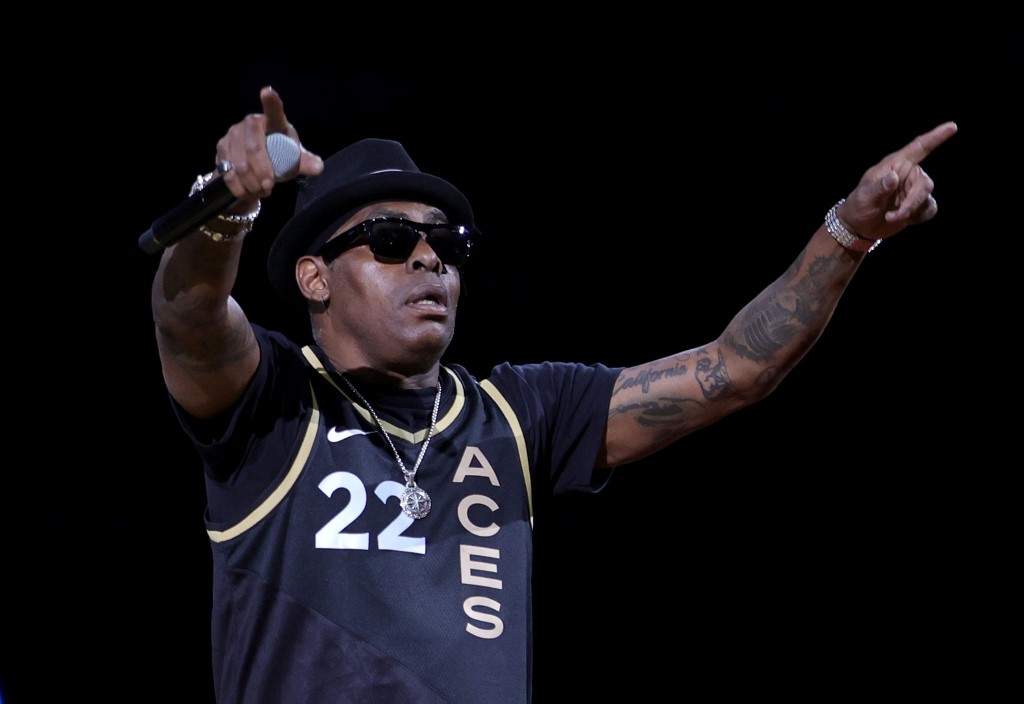 In this file photo taken on May 31, 2022, Coolio performs at halftime of a game between the Connecticut Sun and the Las Vegas Aces at Michelob ULTRA Arena in Las Vegas, Nevada. – AFP photo

LOS ANGELES (Sept 29): Coolio, the US rapper best known for the chart-topping 1995 song “Gangsta’s Paradise”, has died, his manager said Wednesday. He was 59 years old.

The Grammy-winning musician passed away in Los Angeles. No cause of death was immediately provided.

Posey told celebrity news website TMZ that Coolio was found unresponsive in the bathroom of a friend’s house on Wednesday afternoon.

Born Artis Leon Ivey Jr on August 1, 1963 in Pennsylvania, the artist spent most of his life in Compton, California, attending community college and working jobs including airport security before finding success in rap.

Coolio began his music career in California in the late 1980s, digging roots in the Los Angeles scene by 1994 when he signed to Tommy Boy Records.

His single “Fantastic Voyage” off his debut studio album “It Takes a Thief” charted as high as three on the Billboard Hot 100.

But it was “Gangsta’s Paradise” the following year that would make Coolio a household name.

The rapper soared to global fame in 1995 when he released the song for the soundtrack of the film “Dangerous Minds” that starred Michelle Pfeiffer.

It was the year’s top single, and scored Coolio a Grammy for best rap solo performance for the track at the subsequent awards gala.

With a hook lifted from Stevie Wonder’s 1976 track “Pastime Paradise” off of that artist’s seminal “Songs In The Key of Life,” the hit sold millions of copies worldwide, topping pop charts in 16 countries.

“Heartbroken to hear of the passing of the gifted artist @coolio,” wrote Pfeiffer on social media. “A life cut entirely too short.”

“30 years later I still get chills when I hear the song.”

In an interview more than a decade later with Britain’s “The Voice,” Coolio said he had “no clue” that the song would go on to endure for so many years.

“I didn’t write Gangsta’s Paradise — it wrote me,” he said. “It was its own entity, out there in the spirit world, trying to find its way to the world, and it chose me as the vessel to come through.”

“I thought it was going to be a hood record; I never thought it would cross over the way that it did — to all ages, races, genres, countries and generations.”

He never recreated the success of his signature track but later put out hits including “1, 2, 3, 4 (Sumpin’ New)” and “Too Hot.”

An enduring star of gangsta rap, Coolio’s high-spirited music videos brought him an increased following. He later pursued an acting career, including nabbing a part in 1997’s “Batman and Robin” and making a number of television cameos including on the hit 1990s show “The Nanny.”

The social media reaction to the rapper’s death was one of shock, with 1990s rapper Vanilla Ice tweeting: “I’m freaking out I just heard my good friend Coolio passed away.”