Tuesday, December 6
You are at:Home»News»Sarawak»Investment in Sarawak’s human capital to continue, assures Premier 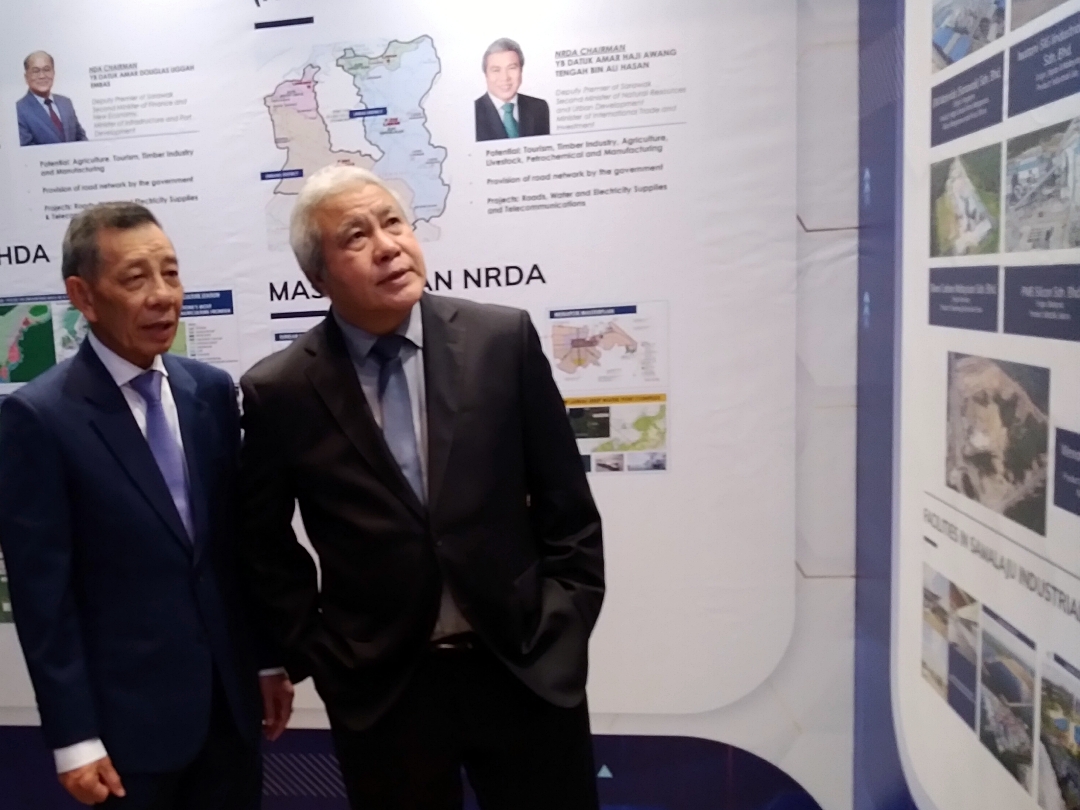 Awang Tengah (right), accompanied by Ismawi, looks at Recoda’s programmes on display at the exhibition set up in connection with the launch of Employ@SCORE and Community@SCORE.

KUCHING (Sept 30): The Sarawak government would continue to invest in human capital for the greater future of the state.

In giving this assurance, Premier of Sarawak Datuk Patinggi Tan Sri Abang Johari Tun Openg said while the state had been intensifying all efforts in attracting both domestic direct investment (DDI) and foreign direct investment (FDI), he also saw the need to continue developing the human capital so that Sarawakians could participate actively in the state’s development agenda.

He said it was especially vital to prepare the people, especially the young generation, for future industries namely digital economy and Industrial Revolution 4.0, aside from continuing to embark on infrastructure development in the state.

“Currently, the Sarawak government has set up the science, technology, engineering and mathematics (STEM) education labs in 10 schools, located in Kuching, Saratok, Lawas and Limbang, with the first launch in 2017 (run) in collaboration with Universiti Malaysia Sarawak (Unimas).

“This is to develop the critical intellectual capital among our people, especially the youths, to ride on the waves of Industrial Revolution 4.0 and AI (artificial intelligence),” he said in his speech for the launch of ‘Employ@SCORE’ and ‘Community@SCORE’ at Pullman Hotel here today, read by Deputy Premier Datuk Amar Awang Tengah Ali Hasan.

Adding on, Abang Johari assured all that the Sarawak government would continue the use of English as one of its official languages, knowing fully well the importance of it being the lingua franca of trade and technology.

He believed that by doing so, it would further enhance the state’s competitiveness upon engaging with the outside world, as well as to break the language barrier.

He pointed out that the state government had also embarked on establishing five international schools under Yayasan Sarawak to train bright and talented students from the rural areas of Sarawak to be on par with the international community, adding that the move would provide them with access to quality education.

On the RM24 million allocated by the federal government to the Regional Corridor Development Authority (Recoda) to implement the Employ@SCORE and Community@SCORE socioeconomic programmes, Abang Johari said it was timely to support Sarawak government’s initiatives in developing its youths and community.

“These two programmes come at the right time after the Covid-19 pandemic, which has impacted our economy badly and caused many people to lose their income.

“I hope the federal government would continue to give more funding for human capital and socio-economic development in Sarawak.

“It is my sincere hope that these two programmes would greatly benefit the participants in uplifting their livelihood,” he said.

Abang Johari believed that Recoda and its partners, comprising the private sector and other government agencies, ‘would get the job done well’.

He was sure that the Employ@SCORE and Community@SCORE programmes would complement the efforts that had been undertaken by the Sarawak government in leaping the state forward towards becoming an industrialised and technology-driven economy by 2030.

“The two programmes are in Iine with the Sarawak government’s efforts in creating more job and economic opportunities for Sarawakians,” he said.