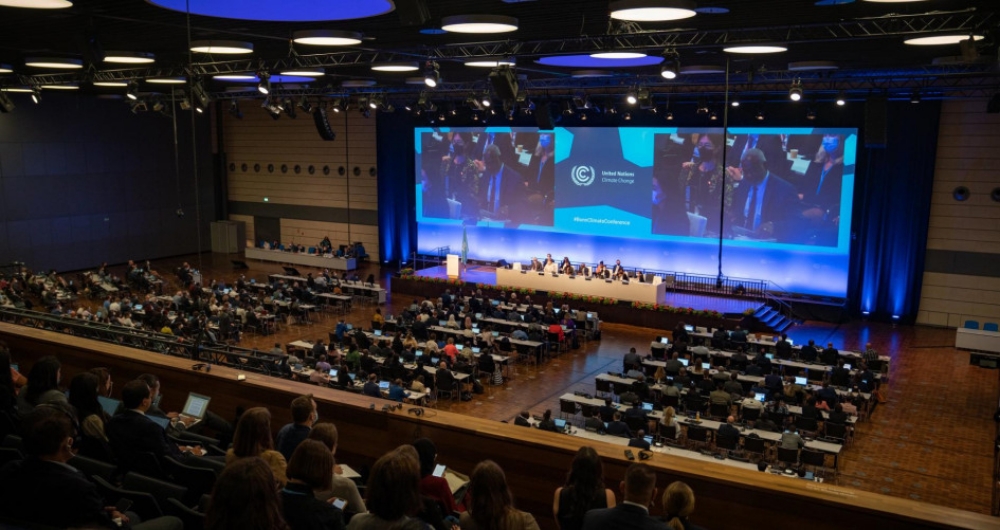 ALMOST every day we are seeing images of destruction and human suffering on TV and on our handphones: houses buried in mud, carried away by flood waters; damaged bridges and roads; rescue workers carrying the dead men, women and children; forest fires destroying homes and vehicles; severe typhoons and hurricanes battering the coasts.

Rough weather or heavy swells prevent fishermen from going out to sea.

These scenes are not the ravages of war or effects of the explosion of atomic bombs, but the result of bad weather.

According to scientists, these disasters are the impact of climate change. And the climate change is caused by too much emission of carbon dioxide in the atmosphere: smoke from the factories, cars, coal plants, forest fires. The main blame is on forest fires as a result of deforestation.

What humans have done must be undone by humans. Since humans have created laws to regulate their acts, so they are responsible for finding the solution to the problems – in this case, the problems caused by the change in the climate.

Carbon dioxide has been released into the atmosphere since time immemorial, but it is only recently that the scientists have begun to tell us that our Earth has warmed 1.2 degrees Celsius above pre-industrial levels, unleashing weather extremes, dangerous heatwaves and floods.

The countries badly affected must do something about reducing carbon emissions.

Blame the humans themselves.

The Europeans blame the destruction of forests in other parts of the world, while they themselves had destroyed their own forests for timber to build ships in which they sailed around the world for silk and spices.

For example, forests in Australia and New Zealand were cut down to make way for grassland on which to rear cattle and sheep. I am told by a cattle farmer that methane (‘kentut’) from those animals adds to the amount of carbon dioxide in the air.

Now they say that what is left of the forests in Borneo, New Guinea and the Amazon will help to absorb some of the carbon but, ironically, at the same time these industrialised countries keep on building industries including coal-fired power plants that produce more and more carbon dioxide.

Several countries in Europe have even created funds to encourage the countries which still have kept their forests not to cut those down. Hence, we hear of credit schemes by which people living in the forests are paid NOT to cut down trees, except for household needs and boat-making.

Many governments have realised the danger of climate change to their countries, but are faced with a dilemma: either carry on with creating industries and providing employment to the inhabitants and at the same time exporting the products for foreign exchange, or stop using coal to produce electricity for the industries.

In 2015, many countries agreed to find ways and means whereby to reduce the emissions. They were talking about a cap on warming of well below 2 degrees Celsius and preferably a safer 1.5 degrees Celsius. Whatever that means, it boils down to the necessity of cutting emissions of heat-trapping gases because the world is getting warmer by the day, unless those gases can be stored somewhere.

Incidentally, the state government of Sarawak is to be commended for the initiative to amend the Land Code 1958 in terms of ‘storage of carbon dioxide by oil and gas companies operating in Sarawak as part of the global strategy for the reduction of emission of carbon dioxide’ – explanatory statement to the Bill to amend the Land Code 2022. This is in line with the United Nations (UN)’s strategy as reflected in the Paris Agreement 2015.

Not many countries have implemented the provisions of this Agreement, however. So expect the advocates of reduction of carbon dioxide emission to be more vociferous this time around at the forthcoming summit in Egypt in November this year. They will press for firm commitment from the main polluters, China and USA, to legislate measures so that the carbon dioxide emission may be gradually reduced for the good of all countries.

The young people are threatening to institute legal action against their own governments. So far, some 80 suits have been instituted by groups of young activists from 20 organisations, in addition to the 2,000 cases that have been filed since 2005.

Looking back in point of time, their efforts in agitating for the reduction of emission of carbon dioxide are not totally in vain.

Countries that are still partially covered by forests should sponsor trips for the environmentalists to attend the summit in Egypt this year.

I don’t know if Malaysia is sending a representative at all to support firm pledges from the main emitters to act responsibly for the good of the rest of mankind.

It is good that we in Malaysia are able to play a role, albeit it being so tiny, on a world stage.

In terms of the climate change crisis, we are doing our bit: we keep our forests intact.