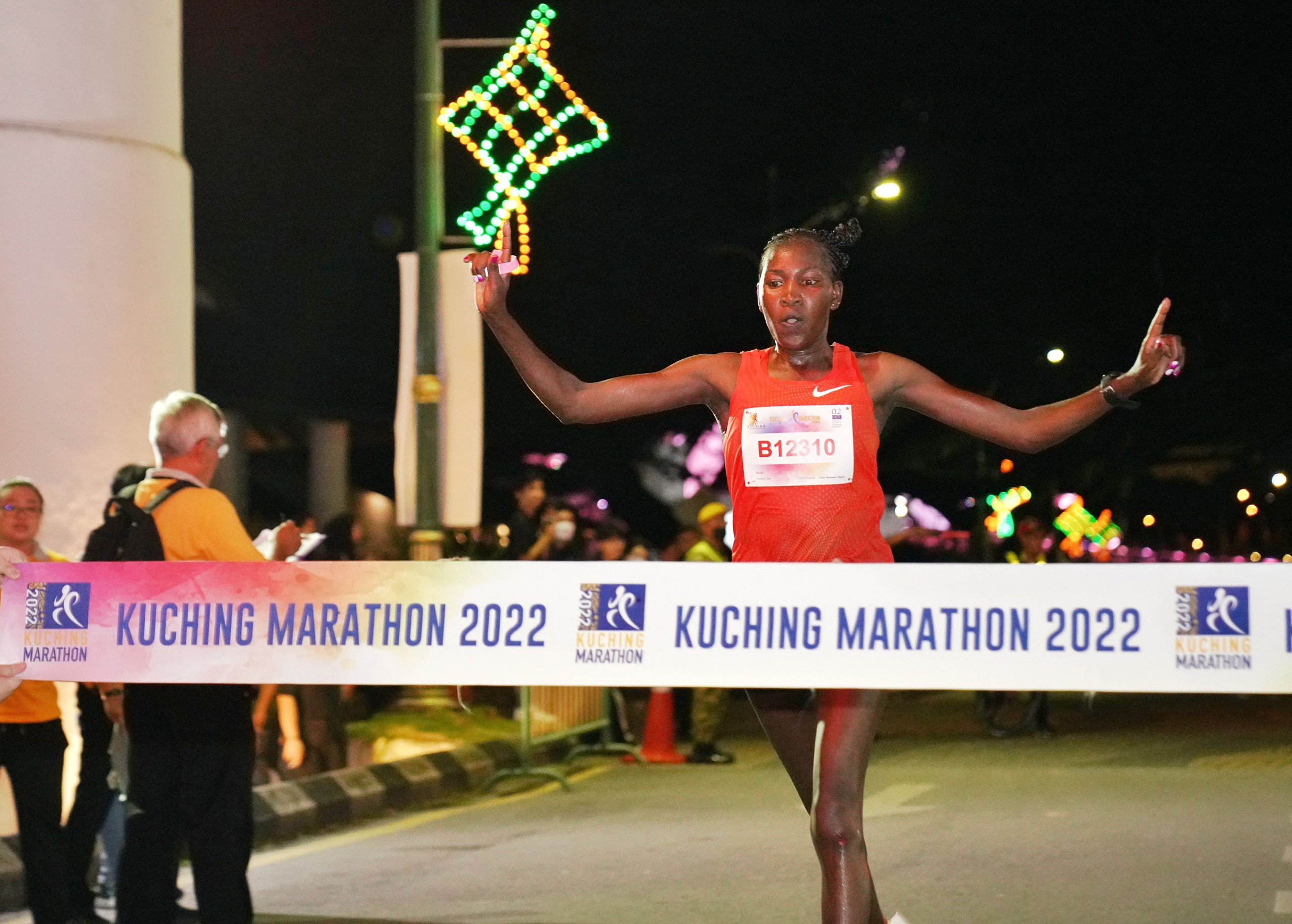 Sheila about to cross the finishing line at Padang Merdeka in Kuching. — Photo by Chimon Upon

Met by reporters after the prize presentation ceremony yesterday, Anderson said it was his first time travelling to Malaysia to participate in an international marathon.

“It was very hard. I think the course turned very difficult from 20km onwards but yes, I will come back next year,” he said.

Sheila also concurred with Anderson about the challenging course, but she was glad that she could overcome it and be crowned the women’s open champion.

“Today’s not bad, though it was raining.

“Still, I’m happy because I’m the winner today. With that said, I will be back next year,” she said.

Both winners said they would be heading to Jakarta for their next competition before flying back to their home country.