Tuesday, December 6
You are at:Home»News»Sabah»Man caught with RM120,000 syabu after car chase in Tawau 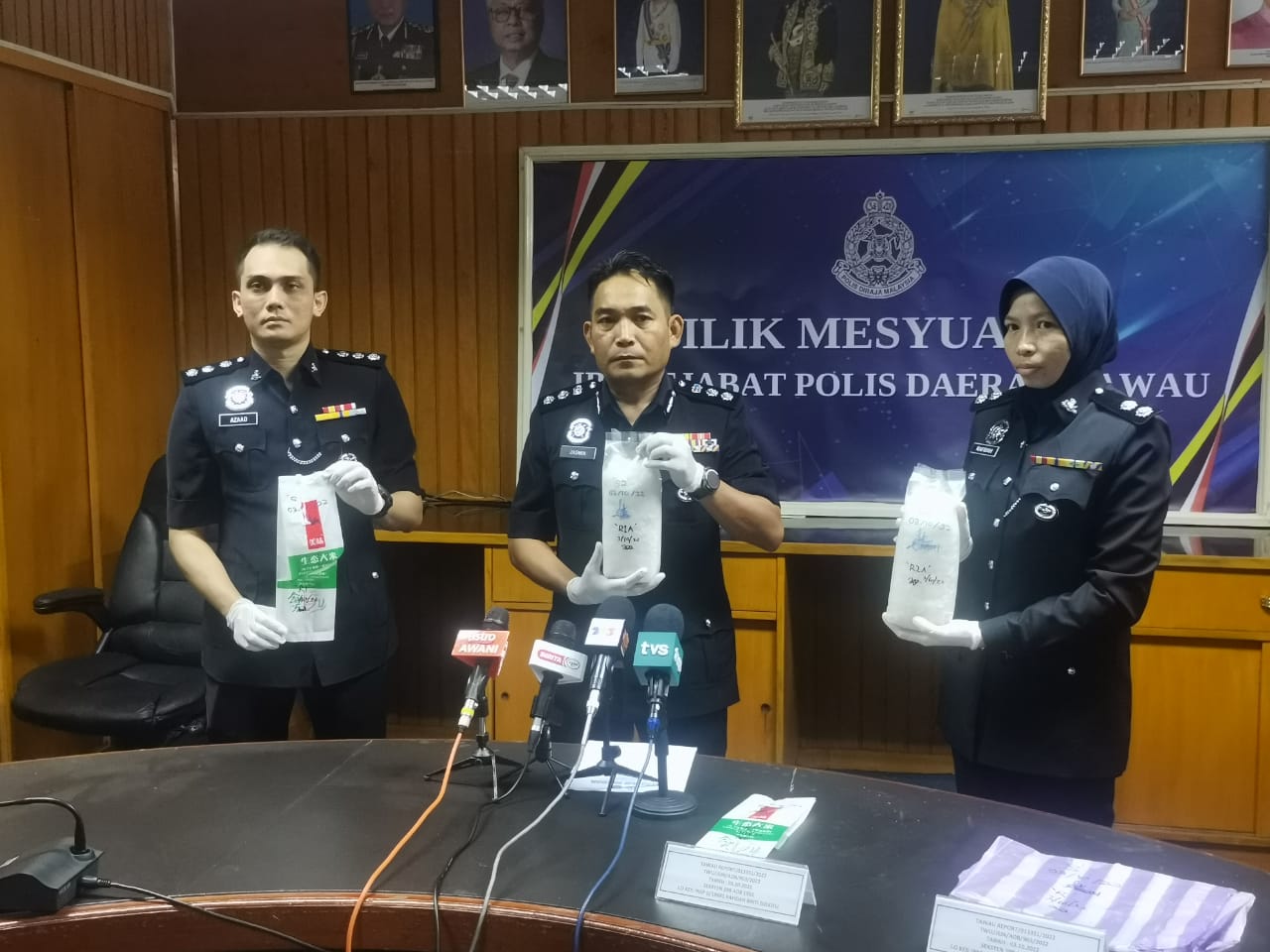 Jasmin (centre) and his officers showing the drugs that were confiscated from the suspect.

TAWAU (Oct 6): A man was arrested by police with more than two kilograms of syabu worth RM120,000 at Taman Megah Jaya 10, here on Monday.

“The suspect had attempted to escape from a police roadblock at Jalan Tikus. Police then chased after the suspect until Taman Megah Jaya 10 where he was detained.

“Inspection on the suspect did not find anything but upon checking the vehicle, police found two plastic bags wrapped in plastic bags and contained crystal substance believed to be syabu weighing 2010.39 grams with a market price of RM120,000,” he told a press conference at the Tawau police headquarters on Thursday.

Jasmin said police investigation revealed the drugs were for up to 15,000 drug addicts.

The suspect did not have any criminal record and his urine was negative of any drug abuse.

“Police are still investigating if the suspect is the mastermind or a drug mule and he has been remanded for investigation under Section 39B of the Dangerous Drugs Act 1952,” said Jasmin.