Wednesday, February 8
You are at:Home»News»Sarawak»Several areas in northern Sarawak hit by floods, no evacuation ordered
For the freshest news, join The Borneo Post's Telegram Channel and The Borneo Post on Newswav. 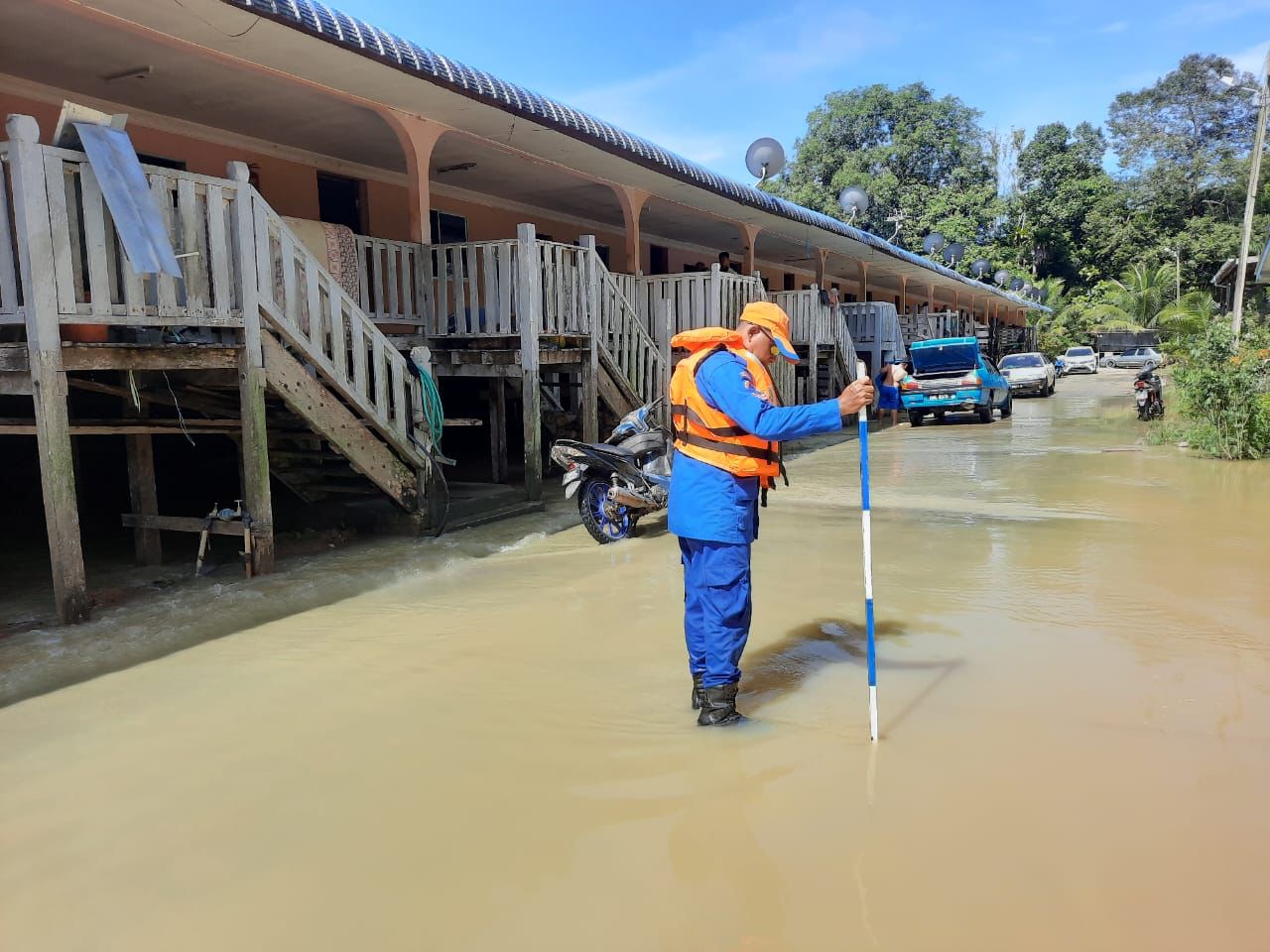 An APM personnel checks the flood level at Rumah Richard, Saeh on Monday.

MIRI (Oct 10): Two longhouses of the Kayan community in Baram, namely Long Bemang and Long Atip have been hit by floods since yesterday.

Miri Fire and Rescue Department (Bomba) acting chief Ahmad Nizam Sapaiee said a total of 530 residents living in the 100-door Long Bemang longhouse have been affected by the floods.

“Information received as of 11am today (Oct 10) stated that the water level in the area was about four feet high with a rising trend.

“However, the situation remained under control and no evacuation was needed thus far,” he said in a statement.

Ahmad Nizam added that the electricity supply in Long Bemang had been switched off for the safety of the locals.

As for Long Atip, Telang Usan assemblyman Dennis Ngau said the flood in the longhouse area this time is ‘extraordinary’.

“Therefore, I urge the relevant agency to go to the ground to offer any necessary assistance,” he said, adding that some 100 of the total 2,000 residents from over 100 households in Long Atip are still residing at the longhouse.

As of Monday afternoon, the flood water level in Long Atip was around five feet high with a rising trend.

Besides Baram, other areas affected by floods in the northern region of Sarawak included Rumah Sumob, Saeh Putih in Niah.

Monitoring by Bomba personnel from Batu Niah station found that the village residents were in safe condition and the flood water level was at two feet high and had gradually receded under the fine weather.

As of Monday afternoon, the water level at Rumah Richard was at about one-foot-high with a decreasing trend while at Rumah Jelanie, the floodwaters had completely receded.

“The flood situation is still safe and under control, and no temporary evacuation centre has been opened as of this afternoon,” added Mirwan.

As of Monday afternoon, the State Disaster Management Committee (JPBN) had also reported that five areas in Miri division have been hit by floods.

The five areas include Kampung Subak, Kampung Tiris, Kampung Pintasan, Kampung Dagang and Kampung Hunai, which are all located in Bekenu.

Previous ArticleParliament to be dissolved? PM to give special address at 3pm today
Next Article Flood situation in Sibu under control, says disaster committee chairman