Tuesday, February 7
You are at:Home»Entertainment»BTS to hold free concert to promote S. Korea’s World Expo bid
For the freshest news, join The Borneo Post's Telegram Channel and The Borneo Post on Newswav. 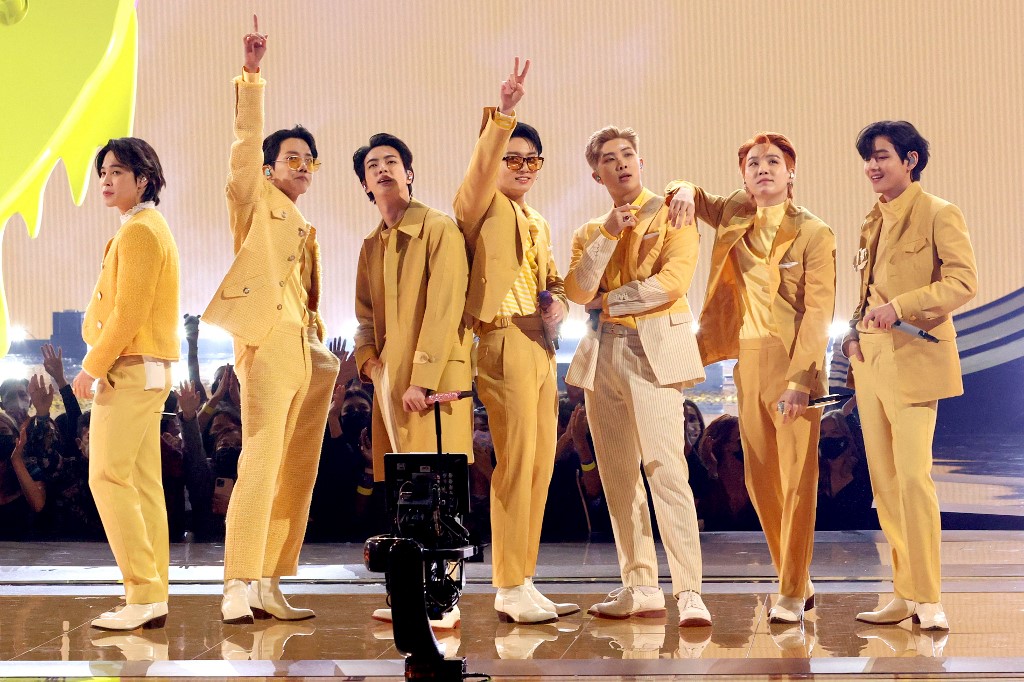 The concert is taking place after the septet dropped a bombshell announcement in June that they were taking a break as a group to pursue solo projects. – AFP photo

SEOUL (Oct 15): K-pop mega-band BTS will reunite on today to throw a free concert in Busan to support South Korea’s bid to host the World Expo, four months after the musicians announced they were taking a break from group activities.

Around 100,000 fans from around the world are expected to be in Busan for the concert, titled “BTS <Yet To Come> in BUSAN”, and other related events, according to the city’s government.

The global megastars are credited with generating billions for the South Korean economy, and their label enjoyed a surge in profits despite holding fewer concerts during the pandemic.

The concert is taking place after the septet dropped a bombshell announcement in June that they were taking a break as a group to pursue solo projects.

About a month after that announcement, the stars were appointed by the government as the official ambassadors for Busan’s bid to host the World Expo in 2030.

The South is among four countries that have submitted a bid to host the event, along with Ukraine, Italy and Saudi Arabia, according to the expo’s organising body.

The Bureau International des Expositions is scheduled to vote on the winning host country next year.

Saturday’s grand event comes as the prospect of South Korea’s mandatory military duty continues to hover over BTS, with its stars ranging in age from 25-year-old Jungkook to Jin, 29, who must sign up by next year or risk jail time.

All South Korean able-bodied young men under the age of 30 must perform around two years of military service, mainly because the country remains technically at war with nuclear-armed North Korea.

Seoul’s defence minister in August said BTS may be allowed to continue performing and preparing for international concerts even while they undertake their military duty.

Aside from music, the band has championed global progressive causes, from the Black Lives Matter protests to battling anti-Asian racism in the United States. – AFP