Wednesday, December 7
You are at:Home»Columns»Uncle DI»A tale of two parliamentarians 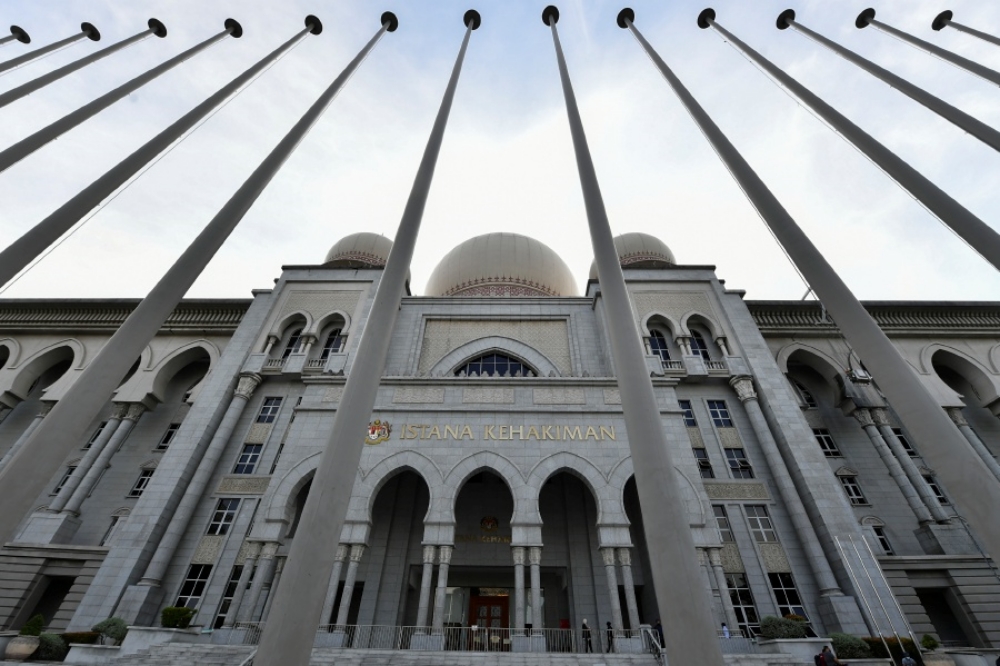 The Court must confirm, or dismiss, contention that certain class of convicts have the right to attend meetings of Parliament. — Bernama photo

AT the outset, let me make this disclaimer crystal clear: this article today does not refer specifically to the application for leave for judicial review filed last week by Najib Tun Razak in respect of the rejection by the Prisons authorities of his request to attend the session of the Malaysian Parliament.

Anyway, now that Parliament is dissolved, this is an academic exercise because there appear to be some issues involved which the Court will clarify.

A good subject for a moot for law students.

The names of people and places (unless specifically stated) are purely fictional. The characters have no relations whatsoever to any person, living or dead.

Five years ago, Mr John Doe (JD), an honourable member of the legislature, was found guilty of a criminal offence by the High Court. He was sentenced to jail for three years and was slapped with a fine of RM10,000. His appeals to the Court of Appeal and the Federal Court to reverse the judgment of the High Court were not successful.

The ruling by the apex court has been politicised. One argument against it goes something like this: as the court did not determine that JD’s seat in Parliament had fallen vacant automatically following his criminal conviction, his status as MP has not changed. He was convicted, all right, for the crime for which he was charged, but that has nothing to do with his failure as a politician. As a politician, he has done very well indeed.

As the Parliament is in session and, being an incumbent legislator, he wants to attend it. He thinks that he ought to be treated as a parliamentarian, enjoying the right to vote on any motion to enact a new legislation, or to support any Bill to amend any law including the Constitution itself.

The Prime Minister, or the Whip, may need his vote and that casting vote might just tilt the balance in favour of the government in the event of a tie should the PM face a vote of ‘No Confidence’.

He thinks he is entitled to his attendance allowance and monthly emolument and to keep a weapon for personal safety – he is a licensed holder of a revolver.

Yet his request to the Prisons authorities to allow him to attend Parliament has been turned down on the grounds of security. He scoffs at the reason given, pointing out that there is no tighter security of a place than that of the House of Parliament.

That’s looking squarely at the situation from the perspective of our YB John Doe.

The court found that the payment had been approved by the deputy minister for ‘works satisfactorily completed’ when in fact, the road had not been constructed because the land, privately owned, through which the road has not been compulsorily acquired by government according to Section 48 of the Land Code.

YB Michael was sentenced to serve for six months in prison and to pay a fine of RM1,000 only.

He appealed against the decision. The Court of Appeal found nothing wrong with the decision of the High Court judge. Considering the legal expenses, he thought that it would be futile to appeal to the Federal Court, though he maintained his innocence.

He had used the money for political purposes only. He would not have won the election without the help of those many voters. It’s the political custom in many parts of the world for an election candidate to defray expenses, or ‘sagu hati’, of his supporters in return for their votes.

Can a legislator whose conviction of a crime has been confirmed by the highest court of law of the land be allowed to attend a meeting of the legislature to which he was duly elected as a member of that legislature?

To deal with this question, imagine all this is happening in Malaysia.

Article 48 (1)(e) of the Malaysian constitution states: “Subject to the provisions of this Article, a person is disqualified from being a member of either House of Parliament if he has been convicted of an offence by a court of law in the Federation (or, before Malaysia Day, in the territories comprised in the state, or Sabah or Sarawak, or in Singapore) and sentenced to imprisonment for a term of not less than one year, or to a fine of not less than RM2,000, AND has not received a free pardon.”

In the same breath, the same Constitution also says to the effect that the disqualification referred to above may be removed by the Yang Di-Pertuan Agong, if within the period of 14 days of final judgment day, the convict files a petition for free pardon from His Majesty.

In fact, within three days of the conviction, John Doe’s lawyers had filed an application for a free pardon for their client from the King; so their client had complied with all the relevant provisions of the Constitution.

Now he is looking forward to the day when he will be granted that precious pardon.

Meanwhile, a supplementary question arises: what is John Doe’s legislative status during the period between the filing of his application for free pardon and the actual date on which such pardon is granted or otherwise?

When Lord Reid and his team of legal draftsmen were working on the Constitution of the Federation of Malaya, did they intend to cater for differing sets of punishments with respect to the lawmakers found guilty of crime they committed?

If they did, then the judicial review sought by JD would be of great interest to the law students.
John Doe’s political status must be determined as soon as possible by a court of law, before the dissolution of the Parliament. His tenure of office automatically lapses the moment Parliament is dissolved.

The whole thing would be of academic interest only.

However, the Prison authorities would want to know whether or not their decision to reject JD’s application to attend Parliament is lawful, in accordance with the provisions of the Prison Act and its regulations.

A decision by the court, one way or the other, would be a precedent for the superintendents of prison to rely on in the future – there may be more lawmakers coming through their gates next year.

The superintendents will know what to do with any application for freedom by VIP to do political work outside the prison walls.

What about YB Michael Roe’s case? He has been convicted of an offence and sentenced to imprisonment for a term of six months and a fine of RM1,000 only. He is not thinking about a royal pardon at all. He is hanging up his political gloves for the next five years.

His lawyer is of the opinion that, technically, he retains his status as the MP because he has been fined only RM1,000 and his jail term does not exceed 12 months.

In other words, he remains a lawmaker until the dissolution of the legislature to which he was duly elected.

We are not exactly a classless society, mate.