Monday, February 6
You are at:Home»News»Sabah»Hajiji makes it clear, no GRS-BN clash in GE15
For the freshest news, join The Borneo Post's Telegram Channel and The Borneo Post on Newswav. 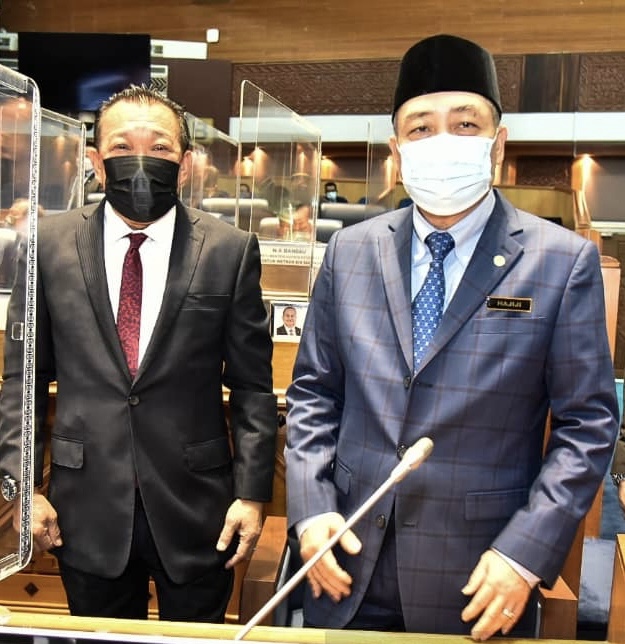 KOTA KINABALU (Oct 20): Gabungan Rakyat Sabah (GRS) and Barisan Nasional (BN) have made it clear that there is no clash between the two coalitions in any of the 25 Sabah parliamentary seats in the upcoming 15th General Election (GE15).

GRS chairman Datuk Seri Hajiji Noor said both coalitions had agreed that they would not contest against each other.

“Wherever GRS candidates stand, BN will support, and vice versa. That is the initial cooperation between both parties.

“We have enough of fighting and I hope we don’t have to field all sort of candidates in this election,” he said to reporters after officiating Yayasan Sabah College of Technology 25th convocation, here on Thursday.

Sabah BN chief Bung Moktar Radin recently also said that he is confident that there will be no clash with GRS in sharing the 25 parliamentary seats.

Hajiji, who is also Sabah Parti Pribumi Bersatu Malaysia (Bersatu) chief, said GRS had conveyed a clear message to the leadership of BN that the political situation in Sabah is different compared to the federal level.

In Sabah, he said the GRS plus BN government had been set right before the GE14.

After being given a mandate in the last election, the GRS plus BN government was formed and the agreement must be respected by both parties.

“This agreement was also reinforced when we entered into an understanding on January 8, 2021, where all political parties under GRS and BN will stick to that.

“I have stated this to the leadership of both BN and Perikatan Nasional (PN), so that they do not disturb us in Sabah. We hold onto the understanding because we still have three more years to govern. Why are we fighting?” he asked.

Hajiji stressed that the GRS plus BN government want the situation in Sabah to be stable in order to plan and implement the programs under the Sabah Maju Jaya (SMJ) initiative.

Meanwhile, when asked about the sharp increase of electorate in Sabah following the automation registration for voters, Hajiji said he would seek an explanation from the Election Commission before making any comments.