Wednesday, February 1
You are at:Home»News»Court»Sexually assaulting 6 students gets Sabahan teacher total 90 years’ jail, 24 lashes
For the freshest news, join The Borneo Post's Telegram Channel and The Borneo Post on Newswav. 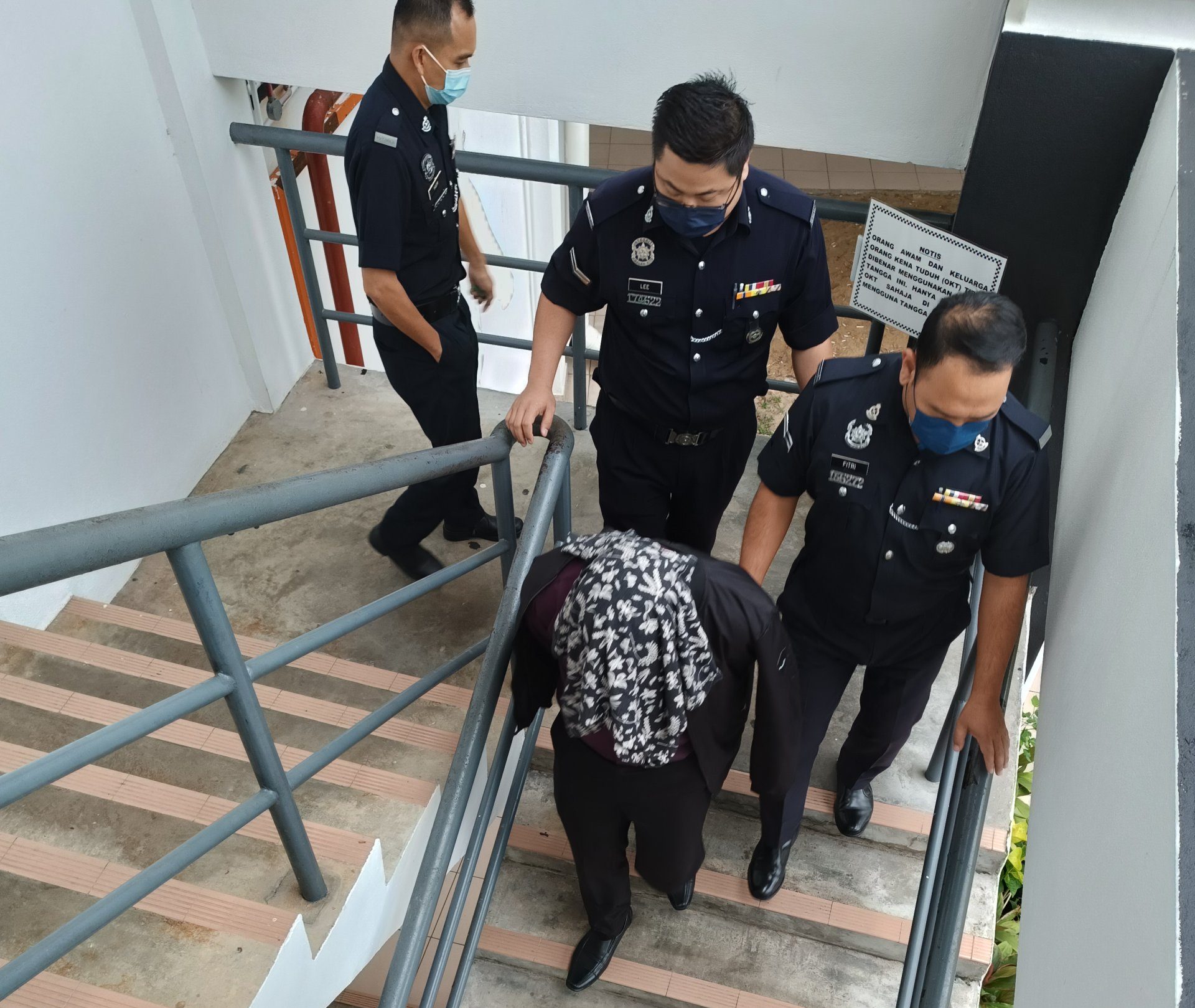 The teacher is escorted by police at the Kuching Court Complex following sentencing.

KUCHING (Oct 21): The Sessions Court here today sentenced a boarding school counselling teacher to a total of 90 years in jail and 24 strokes of the rotan after finding him guilty of sexually assaulting six male students four years ago.

Judge Afidah Abdul Rahman found the prosecution had proven the case beyond reasonable doubt against the 32-year-old.

Afidah said the teacher’s defence that he was not at the scene but was instead sleeping at home when the offences occurred was unacceptable.

She said no notice of alibi was presented before the court to prove the teacher’s statement and his defence was considered a bare denial and an afterthought.

Afidah sentenced the man, who hails from Sabah, to 15 years in prison and four strokes of the rotan for each of the six charges.

She also ruled for the jail terms to run consecutively.

The court allowed the teacher a stay of execution pending appeal as he is a civil servant with a previously good performance record.

The court also took into account the teacher’s previous payment of RM34,000 cash bail with two local sureties for all the charges.

According to the facts of the case, between 11.30pm and 4am in March, April, and May 2018, the teacher sexually assaulted the students, aged between 14 and 16, at separate times and dates in the school compound.

He touched the boys’ private parts and thighs and also hugged one of them.

All the victims filed a police report and the investigation found that some of the victims had been assaulted multiple times.

It is understood that the man was suspended from work and has been doing odd jobs to support his family since being charged in 2018.

A total of 18 prosecution witnesses gave statements during the trial while counsel Hani Iryani Bonny called 10 witnesses, including the teacher himself.

Lawyers Chua Kuan Ching and Eirene Chan also conducted a watching brief throughout the case on behalf of the students’ parents.