Tuesday, February 7
You are at:Home»Features»At Adau: Mixing storytelling into their music
For the freshest news, join The Borneo Post's Telegram Channel and The Borneo Post on Newswav. 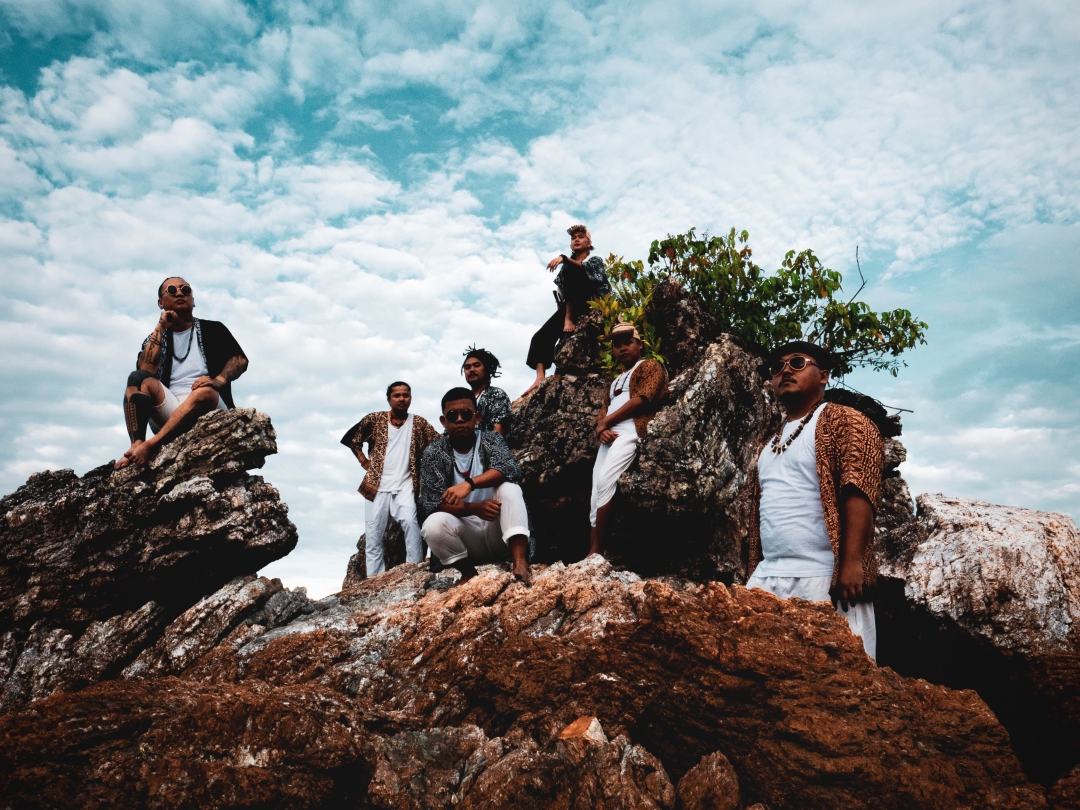 IT is not often that we come across exceptional talents who are a cut above others in the music industry. So when a few do come along, needless to say, their stage presence would be hard to miss.

In this respect, At Adau’s rise to prominence is anything but accidental, as the world experimental music band has been making waves in the local and international music scenes since its formation eight years ago.

What makes them stand out is their talent in fusing traditional music with modern and contemporary elements.

According to Lian Ngau, who co-founded the band alongside his two friends, Meldrick Bob and Ezra Tekola, a majority of At Adau’s songs are instrumental pieces of which the tunes are played using an eclectic mix of traditional and modern instruments.

“Most of our songs do not have lyrics because we want to highlight the beauty of each instrument’s sounds and tell a story through the songs that we play,” he tells thesundaypost in Kuching.

Lian plays the ‘perutong’ (Bidayuh bamboo zither), the Bidayuh drum and the bass drum, while Bob plays the ‘jembe’ (rope-tuned, skin-covered goblet drum), the Iban drum, as well as a set of other percussions.

Ezra strums tunes with the four and six-string sape, the famous lute of the Orang Ulu.

There are also four other members: Alfanso Mckenzie on Bidayuh percussions, Luke Wrender David on the four- and three-string sape, Cedric Riseng on guitar, and Cyril Clement on bass.

The group’s previous member, Ju Hyun Lee, has since gone back to her hometown in Korea.

Lian said the idea to mix traditional and contemporary music together came from experimenting and practising different musical arrangements, which were done by Bob.

“We figured that we needed to come up with something new and so we practised a lot, went through social media to see what people wanted, how to compose songs and so on.

“We were also in a band with my father, but his band was mostly performing with traditional instruments so Bob and I talked about bringing in modern instruments into our music – and that’s where the magic happened,” said Lian, whose father is the legendary sape master Matthew Ngau Jau.

To get their music out there, Lian and his friends would perform at various venues including bars and shopping malls.

“We even played at birthday parties, and we didn’t mind so long as people were willing to pay us, we would play for them.”

Their performance at shopping malls proved to be a hit with shoppers, so much so that the management would book the group for gigs every Gawai festive period.

At Adau’s big break came in 2016 when the band took part in the iconic world-class music event, the Rainforest World Music Festival (RWMF).

“Previously we would always make it a point to attend RWMF every year so that we could watch how musicians from other countries performed; their performance and acts have influenced us a lot as well,” said Lian.

Chiming in, Alfanso – fondly known as ‘Fonso’ – described the RWMF as ‘the opportunity of a lifetime’, adding that it was what kick-started At Adau’s journey in the music industry.

“RWMF was the starting point of our band, and also the biggest platform that exposed us to a wider audience.

“After our performance that year, we started receiving a lot of invitations to perform at various events – also thanks to the Sarawak Tourism Board (STB) that we were able to perform overseas,” he said.

One of the biggest gigs for At Adau was in 2019, at the Scotland’s Edinburgh Fringe Festival – the world’s largest arts and media festival. 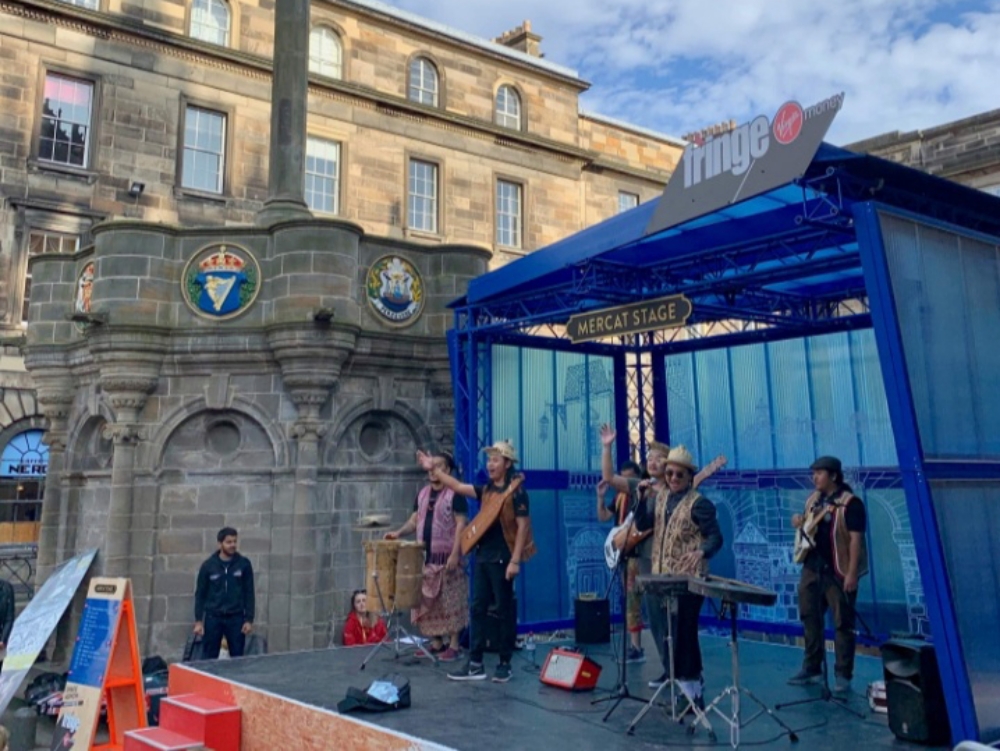 Photo shows At Adau performing at the Edinburgh Fringe Festival in Scotland in 2019.

“People who visited the festival accepted our music and they were very interested to learn more about Sarawak’s culture after seeing our performance.

“It gave us the chance to promote Sarawak, as even during our performance on stage, we would talk about how our lives were here in the state.

“We even taught them how to chant ‘oha’,” recalled Lian.

At Adau has since performed in many other countries including Korea, Taiwan, Singapore, and Thailand.

Their next gig overseas would be at a tattoo convention in India, set for next January.

At Adau shows no sign of slowing down, and not even the Covid-19 pandemic over the past two years has dampened their spirits.

Bob admitted, though, that like everyone else, At Adau was struggling during the pandemic, particularly during the first year of the outbreak.

Still, he said amidst the impact of Covid-19 on the music industry, the band managed to perform for an audience, albeit virtually.

“We were invited by the local station TVS to celebrate Gawai with them via Zoom and in 2021, we were selected to perform virtually for a global livestream event in the United States by the National Association of Music Merchants (NAMM).

“We were really surprised that they invited us to be part of this livestream concert, which saw 20 artistes from 20 countries come together to unite the world in music,” he said. 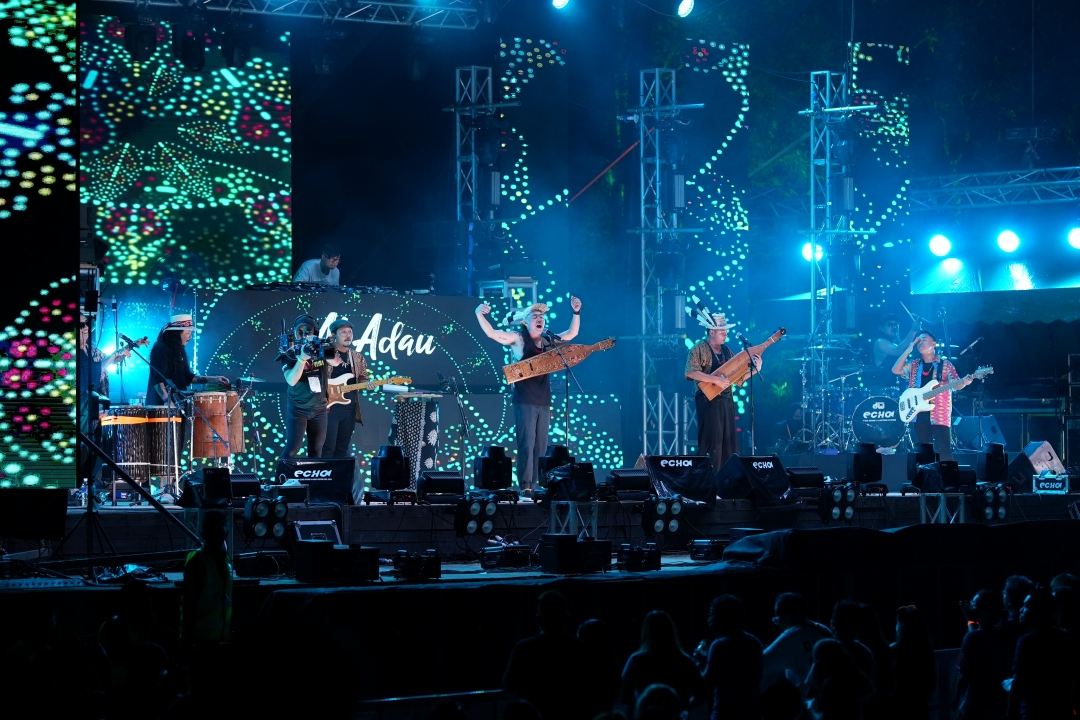 At Adau performing at the Borneo Music Festival 2022, held at Sarawak Cultural Village in Kuching.

Sharing the same sentiments, Alfonso revealed that At Adau and Tempered Mental were the two bands from Malaysia that were shortlisted to perform at the event.

“We were stoked that ultimately, the organisers decided to select us and we got to play together as a band for the first time since the pandemic began,” he said.

Lian recalled how during the early days of the pandemic, each of them would play their instruments individually at home and record using their trusty smartphones.

“It’s the most creative thing we’d ever done, especially when we’re not the type to fiddle around with tech gadgets.

“So we recorded ourselves one by one, and Bob had the honour to assemble and compile all our videos together,” said Lian, to which Bob interjected: “And it turned out to be so good.”

With Covid-19 restrictions lifted by this year, Lian and his ‘band of brothers’ soon found themselves back on the stage where they first launched their career – the RWMF.

“Truth be told, my knees were shaking backstage, but when we went on stage and felt the energy from the audience, the adrenaline kicked in and this helped us a lot.

“I could see how the festival goers missed live performances and at that moment, we thought why not give our best to them because this was what they had been waiting for the past two years,” he said.

Up next for At Adau will be their maiden concert at Tribes Jazz & Reggae Lounge, Grand Margherita Hotel in Kuching this Wednesday (Oct 26).

Having named the concert ‘Chimera Odyssey’, the band will showcase songs from their first and second albums, as well as debut some new ones that have been composed specially for this event, set for curtain-raising at 7pm.

“The Chimera Odyssey is unlike other typical concerts whereby the focus has been mainly only on performances,” said Bob, adding that the audience would get to experience a ‘concept concert’ event inspired by the music and story of At Adau. 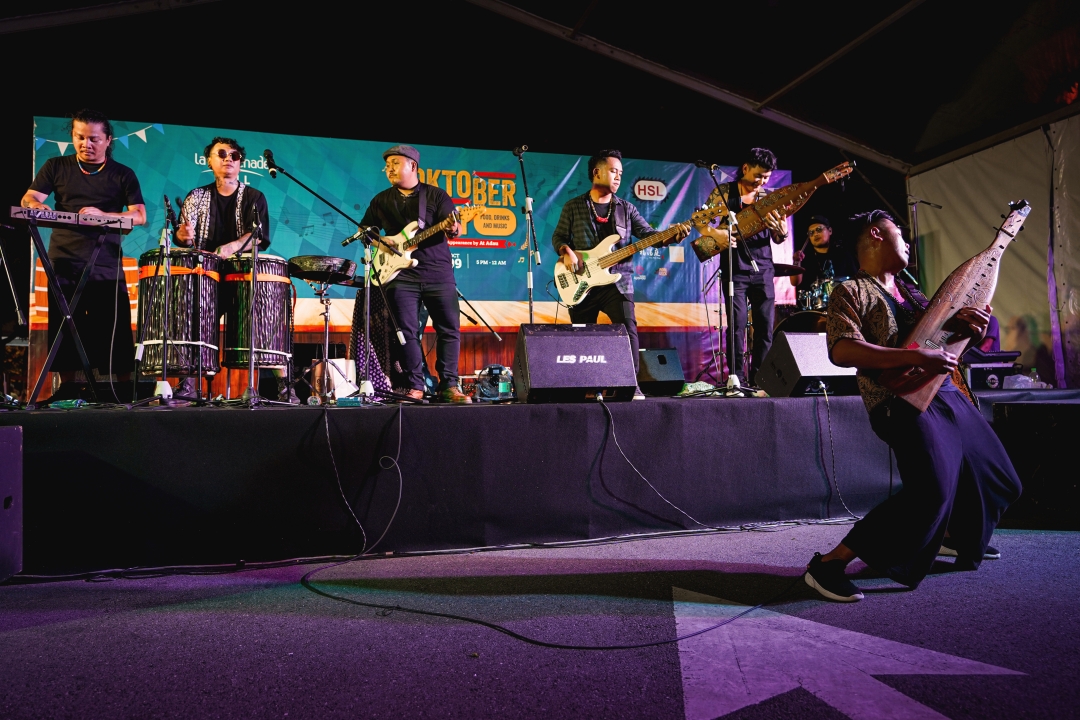 At Adau headlining a concert held as a part of the mini-events run during La Promenade Mall’s Oktoberfest 2022.

“This concert is about us sharing our story and experience with music lovers who believe in passion and talent. We never thought that one day we would be performing all over the world from what was initially just a hobby among a group of friends who wanted to play music together.

“So this concert is to remind people that when you are serious in your passion, it is possible to achieve your dreams,” he said.

On the name ‘Chimera Odyssey’, Lian said it was inspired by a creature in Greek mythology.
“It also means something impossible in real life that only exists in your mind.

“That’s why we called it ‘Chimera’ because since the formation of At Adau in 2014, our band has achieved what we never thought could happen to us and we are very proud of this achievement,” he expressed.

In his remarks, Fonso expressed hope that those coming to the concert would enjoy At Adau’s musical journey, where they would be featuring unique sounds, special video and graphics production.

“It is a mix of storytelling and performances, and we will be performing more than 20 songs at the concert, which should run for around two-and-a-half hours,” he said.

Chimera Odyssey is a part of a collaboration with OddJobs (OJ) Productions and What About Kuching (WAK) 2022.

For information about the concert, including tickets, go to www.chimeraodyssey.com.