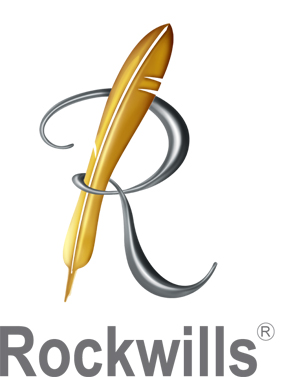 TRUE friends like Seng are hard to come by. But little did he know that being Donald’s true friend would put him in such a pickle.

Seng found his pool of savings that he reserved for his old age depleting by the day. It had already been more than a year that since he alone shouldered the responsibility to meet the medical expenses of his buddy Donald after the latter fell into a coma.

Donald, who is single and with no family members, has a successful interior design business where he is able to own a few properties and have a sizeable investment portfolio with a licensed fund manager.

Donald have been procrastinating to get a medical and hospitalisation insurance policy because of the regular income he is getting from the property rental and dividends from the investments.

He was diagnosed with severe case of Crohn’s disease last year which requires regular treatment and this year had to be hospitalised several times due to kidney failure.

Seng has been footing his medical bill since whenever Donald had problems redeeming some of his investment to pay for his hospitalisation bills.A childhood friend, Seng, had been just a phone call away especially in recent years when Donald became sickly.

In their childhood and adolescence years, they were dubbed as the village Siamese twins as they were rarely seen apart. Seng and Donald shared a very special bond. Even the separation during the years that Donald was studying in England did not see them go their separate ways after Donald returned.

While they took different career paths and Seng eventually found the love of his life and married, the Siamese twins were still inseparable right through their old age.

It became a routine for Seng to drop by Donald’s apartment every other day and also accompany him on visits to the doctor as his health deteriorated. When Donald was well enough, he redeemed some of his investment to pay Seng back for medical and hospitalisation expenses Seng paid for him.

When Donald did not answer his phone call one afternoon, Seng rushed over and found his buddy unconscious. He rushed him to hospital and Donald had since then not woken up from the coma.

As days and months went by, Seng became more worried for Donald. He was also weighed down by the mounting expenses he would have to continue to bear on Donald’s behalf – A dilemma one would not wish upon a true friend.

Crucial to plan ahead

Seng would not be in such a predicament had Donald had the foresight to plan for such eventualities. One estate planning tool that serves to take care of one’s affairs when incapacitated and not leave one in the quandary without financial support is the declaration trust.

The declaration trust works in the event of specified triggers such as total and permanent disability, critical illness, disappearance for a period of time or death.

Setting up the declaration trust, the settlor prepares a trust deed which are instructions for his wishes to be carried out when certain trigger events take place.

Unlike the will which only comes into effect upon death, the declaration trust allows the settlor to retain control of his assets while still alive and facilitates the drawdown of funds from the assets when he is, for example, incapacitated.

Donald as the settlor can in the trust deed include his investments and monies in his bank accounts as well as name himself as a beneficiary while alive.

In the trust deed, he can name a trust company as the substitute trustee, to have access to investments and funds to utilise them in the manner as he so wishes.

He can also name beneficiaries to benefit from any balance of trust assets unutilised upon his demise.

The trust deed will include a power of attorney for the substitute trustee, which would be a trust company as it operates in perpetuity, to step in to administer the assets according to the settlor’s wishes.

The declaration trust has the advantage of distribution of assets to the beneficiaries without any delay when any one of specified triggering events occur and also the benefit of flexibility in safeguarding one’s interest pertaining to access to funds which otherwise could be locked down until death occurs or grant of probate in the instance if there is only a will.