Saturday, December 3
You are at:Home»Features»Councillor Chundi proud of his Bakong roots Chundi is proud of having contributed to the publication of the Bakong-Malay dictionary.

COUNCILLOR Chundi Manan is very encouraged that his intensive work on the Bakong language, which culminated in the publication of a Bakong-Malay dictionary last year, has begun to garner global interest.

The 253-page dictionary lists 3,210 common words in the Bakong language, each paired with its Malay translation.

The book reflects years of extensive lexicography undertaken by a group of researchers, including Chundi, who are the native speakers of this tongue known locally as the ‘Itaok Bakaong’.

“I believe an international conference in Miri can bring in academics from all around the world to exchange views with one another about the languages, and also the histories of the minority communities in Sarawak,” Chundi told thesundaypost in Miri recently. 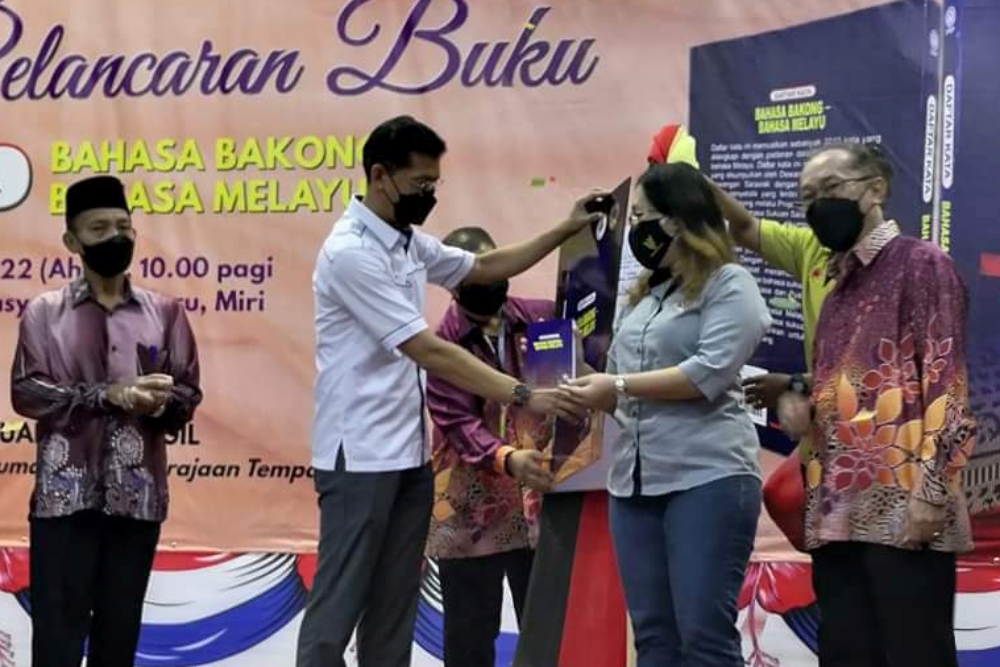 ‘Learning never stops for me’

Chundi, 63, himself is from Bakong lineage.

His grandfather was an Iban who migrated to Beluru and converted to Islam after marrying his grandmother, who was a Bakong.

Chundi’s mother and her family hailed from Kampung Iran in Suai, Niah but in the 1920s, they moved to Beluru, where the ‘jelutong’ (Dyera costulata, a lightwood tree species) trade was booming.

“I excelled in sports at the time, but not too well in my academic studies,” he laughed.

Nonetheless, Chundi attended Miri Secondary School from 1975 to 1976 and after that, he became a temporary teacher at SK Sungai Arang in Baram.

He then enrolled at Sarawak Teachers College in Sibu in 1980 and after graduation, went to teach at SK Beluru in 1982, where he continued to serve until 1996 before transferring to SK Pujut Corner in Miri.

Chundi was later attached to Miri Education Office in 1997, where it led to him being promoted to headmaster at SK Sungai Liam in his home locality.

Between 2004 and 2007, he undertook a degree programme at Open University Malaysia and graduated. From 2009 to 2017, he served as headmaster at SK Miri.

Chundi might have not done well academically at school during his younger days, but now, he regards education as ‘a continuous process’.

“I continue to learn while still working as a teacher and as a very busy headmaster.
“Learning never stops for me.”

It is this very same spirit that has been pushing him to learn and discover more about his Bakong roots.

A bit of history

According to Chundi, the majority of the Bakong people are living in his home village, Kampong Melayu Beluru, about an hour and 45 minutes’ drive from Miri.

“I have been living in this village since I was brought here by my parents when I was just a few months old. There are 110 families here,” said this member of the Marudi District Council, under which he is tasked with overseeing the jurisdiction of Bakong. 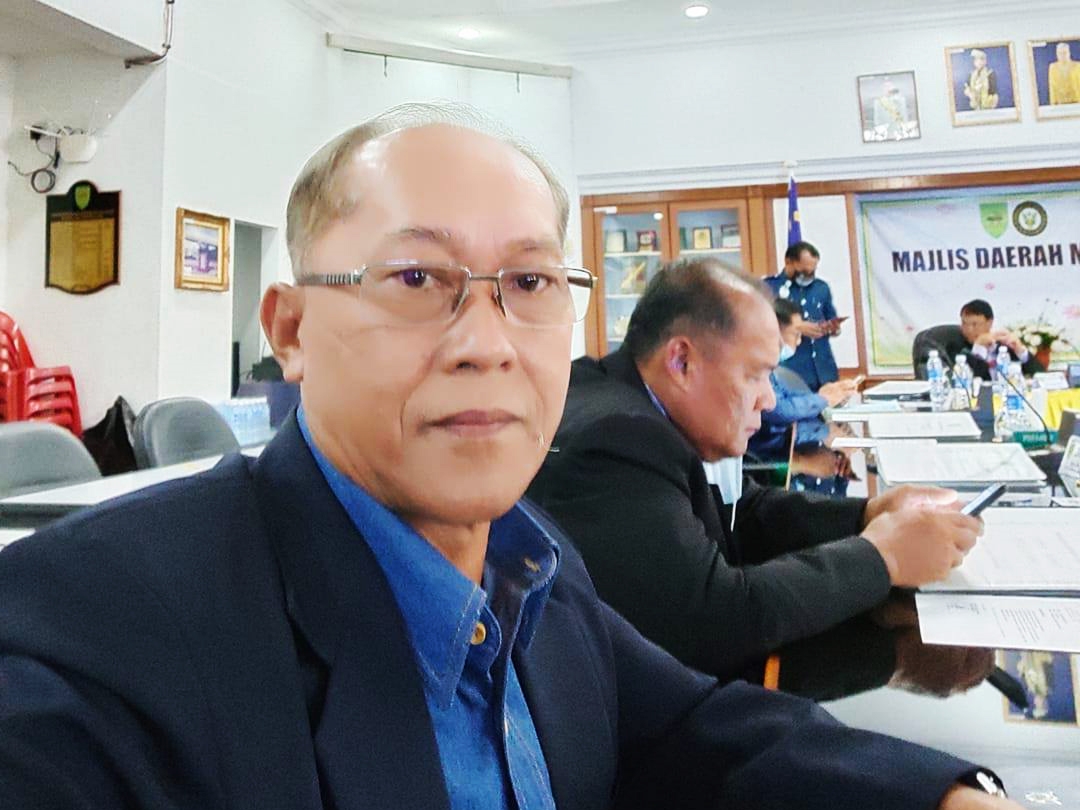 Chundi seen during a full council meeting in Marudi.

It is said that the word ‘Bakong’ derived from the name of a tree, ‘Bakaong’. The settlement of the Bakong community lies along the banks of the 120km Sungai Bakong, one of the major tributaries of the Baram River.

Originally, the Bakong River Basin was the settlement of the then-nomadic Penans who came from Tinjar in the 17th century. In those days, they were known as the ‘Lelak’ people in view of them having previously settled in the Sungai Lelak area.

Based on oral history, the leader who initiated the migration to the Bakong Basin was named ‘Laong’ – his lot was hailed as the forebear of today’s Bakong people, and there is a small river in Beluru named after him.

In the 1900s, a splinter group moved the Beluru to harness the ‘jelutong’, a very valuable export item in those days. It is said that the Bakongs in Beluru converted to Islam in the 1920s, following the influence from the Narum people and also the Bruneians. Moreover, the Bakong folks also adopted the local Malay lifestyle and culture, including the attire.

Nonetheless, ancestral stories are still being passed down orally, and among the most recounted are those related to ‘Lobang Kudi, or the ‘Storm Cavern’, believed to be a burial site in the past and where remnants of Chinese porcelain jars were found years ago.

It is said that the older generation of Bakong had broken the porcelain jars on purpose to prevent thefts and it was their belief that in the afterworld, the jars would become whole again.

In the 1920s during the Brooke rule, the Ibans began to settle in the Bakong Basin, with the Hokkiens and the Foochows coming in soon after – both increasing and diversifying the population further.

Today the majority of the people in Bakong, including the namesake community, speak fluent Iban. This situation, actually, was among the reasons behind the setting-up of the Bakong-Malay dictionary in that many young members of the Bakong community are more at ease conversing with each other in Iban than in their own mother tongue. 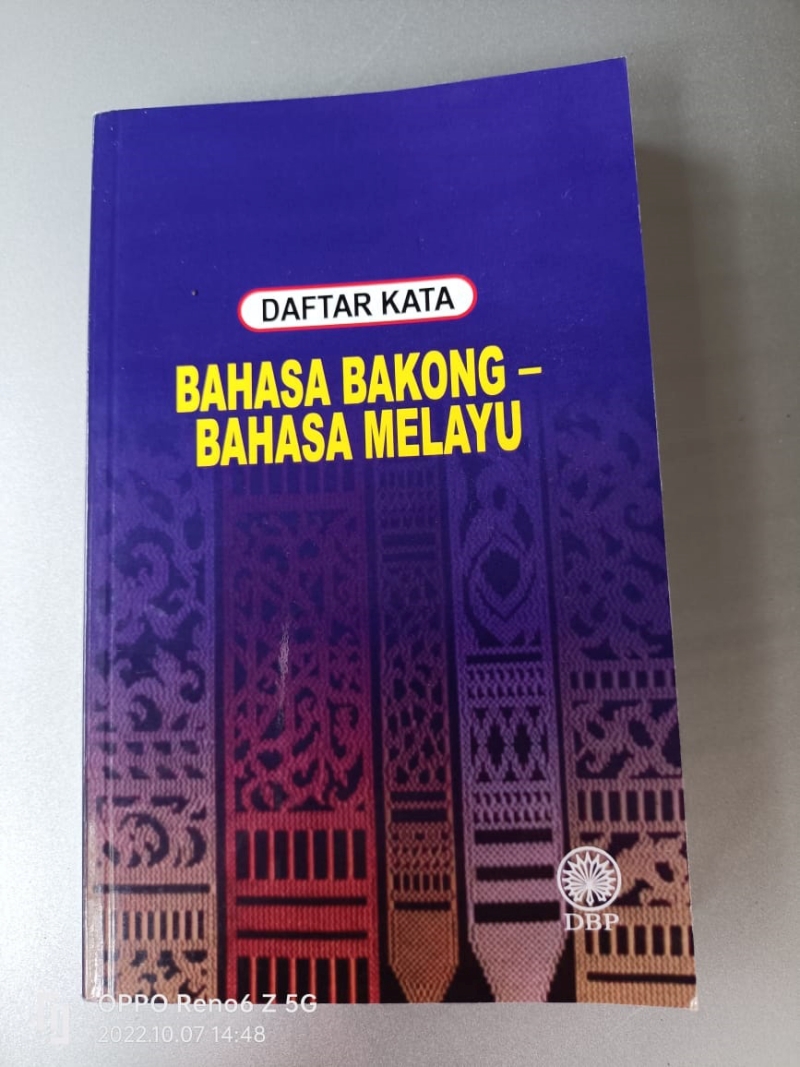 The glossary book comprises 3,210 words used by the Bakong people in their daily conversations, each with matching Malay translation.

Linguistically, Bakong is a dialect comprising mainly the original Penan words, with some from the Iban, the Narum and the Lakiput mixed in.

Chundi was among the native speakers who spearheaded the compilation, categorisation and translation works.

As mentioned before, the glossary comprises 3,210 words used by the Bakong people in their daily conversations.

“We compiled the glossary in a way that every word would truly cross-match its Malay counterpart. It’s not only a literal translation of the words, as it’s also a reference for learning and knowing how to communicate in Bakong because these are daily words,” said Chundi.

The book has the ‘Itaok Bakaong’ words written in 26 Roman characters, constituting both upper and lower cases.

The compilation comes complete with vowel and consonant indicators to differentiate words that sound similar and also those that have almost the same spelling.

“I have always been very passionate about the language of my own people, so I started listing the basic words in 1996, with many of my relatives helping out.

“Initially, the plan was to produce a small vocabulary book but later, the DBP came into the picture with the Sarawak government having expressed its intention of providing some funds for this project.

“To date, the dictionary has been selling quite well as many people are very interested in the languages of the minority groups.

“I am happy to see that,” said Chundi.

The ‘Daftar Kata: Bahasa Bakong-Bahasa Melayu’ was officially unveiled on March 24 this year, following its publication in December 2021.

The ceremony took place at Beluru Community Hall, where the district administrative officer Marliney Igil represented Penguang, who is Marudi assemblyman, to officiate at the launch.

In his speech read by Marliney, Penguang commended DBP Sarawak and the Miri Ideah (People of) Bakong Association for their hard work in making the dictionary project a success.

“It is hoped that this book would continue to uphold the Bakong language, in which it would be a treasure for generations to come.

“I was told that DBP Sarawak and the Ideah Bakong of Miri had been working very hard since 2004 to compile the data on Bakong, up to the publication of this dictionary.

“This is such a noble project that aims to preserve and uphold this native minority language,” said Penguang.

Friendship built along the way

From his research, Chundi gained not only valuable information about his roots, but he also forged a friendship with Boniface Seman, a history buff just like him.

Born in Ulu Niah in 1949, Boniface grew up in Lutong where his father had worked for the Shell Company. 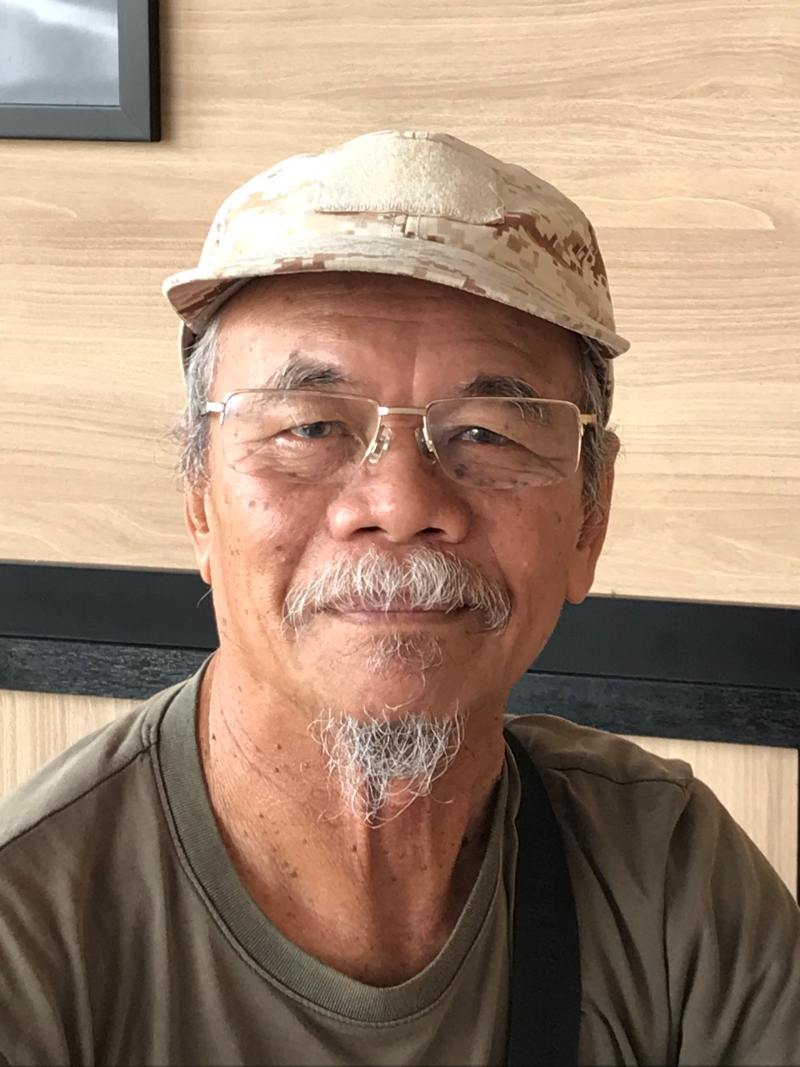 Boniface’s maternal grandfather was the famous Tuai Rumah Gawan Engkamat, a pioneer Iban leader in Ulu Niah. The Ibans had migrated to Ulu Niah during the time of great famine in Skrang, during the reign of the third and last White Rajah of Sarawak, Charles Vyner Brooke, from 1917 to 1946.

Boniface had British education at the Good Shepherd Primary School in Lutong and St Columba’s School in Miri. After finishing Form 5, he joined the Sarawak civil service as a hospital assistant which today, the position is known as assistant medical officer (MO).

Not long after his retirement from the government as a chief assistant MO, he was recruited by an international offshore company to serve as a trainer for the in-house medical staff and got posted to Singapore.

His work as a human resources consultant and also a trainer required Boniface to travel to many different countries, which helped broaden his horizons and sharpen his skills and knowledge, especially in conducting courses with professionals in the oil and gas industry.

During his time in Singapore, he had developed some skills in photography and writing, which paved his personal journey of becoming an amateur historian. This signboard marks the villagers’ welcome to visitors to Kampong Melayu Beluru.

He first became interested in the Bakong people when he went to Beluru for a fact-finding expedition last year. There, he spent time with the local Iban elders who supplied him with oral histories of the area. Those conversations led to Boniface, who had always been fascinated by old settlements and burial grounds, to Lobang Kudi. It was during this trip that he crossed path with Chundi, and they later became friends.

Boniface, who now resides in Miri, continues to collaborate with Chundi on documenting the history and social development of the Bakong people, as well as conducting further studies on Lobang Kudi.

“It would be good if we could realise the full potential of the legends of the Bakong area and use them to attract tourists,” said Boniface, who had co-authored a book on the Berawan people with Edward Belarek Layat.

Titled ‘The Origin of Berawan Batu Merah’, the book was published in May this year. Photo shows a house at Bakong River, one of many in Kampong Melayu Beluru.

Chundi and Boniface did not deny the possibility of a book about the Bakong people to be out in the near future.

The two still meet in Lutong whenever both of them are free.

For now, Boniface is continuously travelling from one part of Baram to another to collect information and materials about the local communities, with a focus on the minority native groups.

For Chundi, apart from carrying out his duties as a councillor, he is keeping tabs on the social and economic development in Bakong.

“The government’s support is strong for this kind of project,” said Chundi.

“This augurs well not only for my people in the Bakong Basin, but for the whole of Sarawak as well.

“Bakong, Beluru with its Lobang Kudi and the surrounding areas have plenty to offer to locals and foreigners. Besides the historical sites, there are also places where the visitors can conduct jungle hiking and trekking. These activities should be further developed and promoted in the near future.

“As for the collaboration with Boniface, we will continue to record everything that we can find across the Bakong Basin.

“Any updates, we’ll definitely let you know,” he added.

Previous ArticleWhat is dilapidated: The schools or the politics?
Next Article A rose, by any other name…