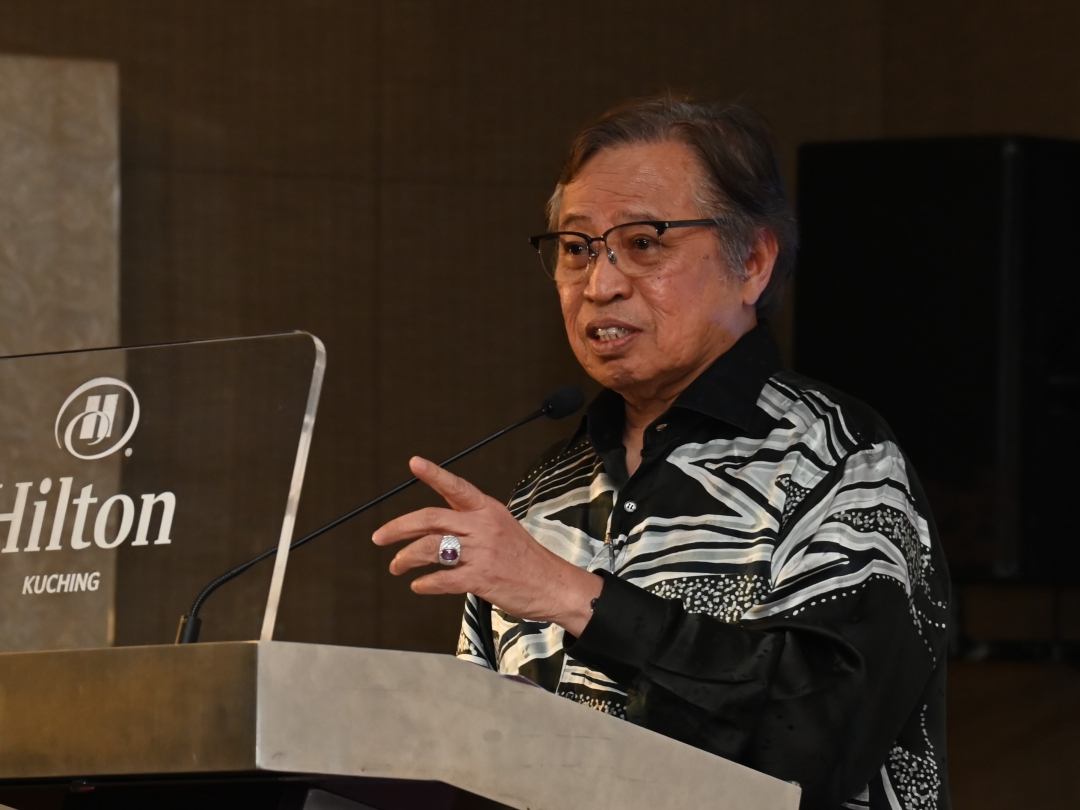 Abang Johari speaking at the networking dinner with the Association of Private Hospitals Malaysia here on Oct 27, 2022. – Penerangan photo

“Our sovereign fund will be completely professionally managed, even the board directors will be of all international professions. We hope that will give us secure future for Sarawakians,” he said in his speech during the Development Bank of Sarawak’s (DBOS) 5th anniversary dinner here, last night.

Reiterating that a Bill to set up the sovereign wealth fund will be tabled in the State Legislative Assembly next month, Abang Johari said the fund will be managed professionally and able to generate excess funds for rainy days.

Apart from that, he said it will allow the state government to provide free and quality education and send young talents to renowned world universities to pursue knowledge and skills.

“These talents are important and I expect them to be ‘smart and agile’ and be able to tell us what to do and contributing to the state’s advancement and long-term sustainability of Sarawak development towards 2030 and beyond.”

“My team and I have gone to Norway to study the Norwegian fund as well as we have been given the permission by the Singapore government to learn the sovereign fund in Singapore particularly the GIC (Government of Singapore Investment Corporation) and Temasek (Holdings (Private) Limited),” he added.

Abang Johari said he also went with his team to London to get the first hand knowledge from the sovereign fund forum in London, which is the model that the state intends to follow, based on the Santiago Principle.

Meanwhile, Abang Johari said DBOS was personally commended by Finance Minister Senator Datuk Seri Tengku Zafrul Abdul Aziz as one of the best run banks in Malaysia when they met three months ago.

“This approval has enabled DBOS to broaden the base of its potential depositors, allowing it to accept deposits from a spectrum of entities which includes State government, its agencies and GLCs.”

He said DBOS was born due to the state’s need for a new and alternative financing model that could provide timely financing to fund all major strategic projects under the State’s transformation agenda.

“Such financial model would fit well and align with Sarawak’s strategic vision to turn the State into an advanced economy by 2030. Thus, the idea of DBOS was mooted that was eventually incorporated in May, 2017,” he added.