Wednesday, December 7
You are at:Home»Columns»Uncle DI»What is dilapidated: The schools or the politics? 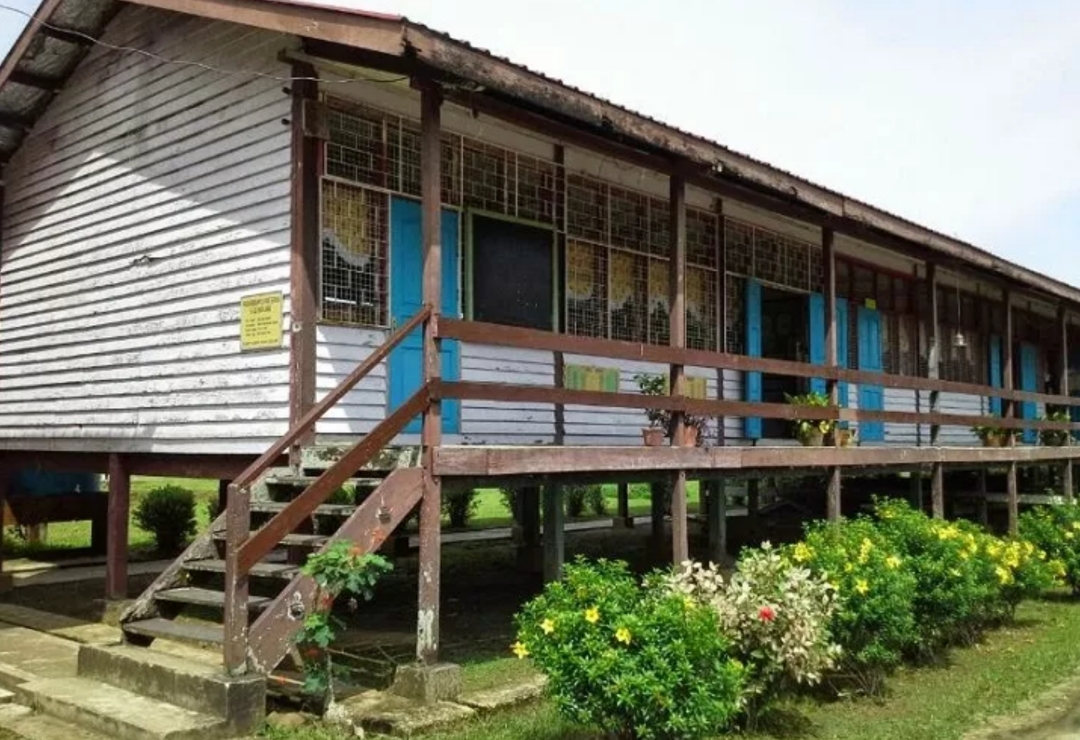 Photo shows a dilapidated school in rural Sarawak, which the columnist views as a ‘symbol of inexcusable neglect’. — Bernama photo

ALL this while, I have taken for granted that party politics have no place in education in this country. I have always regarded education policy as a public policy: every child has the human right to a formal education, in addition to the informal education acquired at the family level.

The classroom, the teacher and the child form the core of the learning process. The facilities provided to a school, the salaries for the teacher and a conducive learning environment, are meant to aid the pupils’ intellectual development.

In Sarawak, some 1,000 schools are in need of repairs. It is the primary responsibility of any government to keep school buildings in good condition.

In 2019, an allocation of RM1 billion was earmarked for the purpose. Yet there are endless delays in carrying out the repairs.

The public suspects that there is more here than meets the eye. The sum was allocated by the government of the day in 2019; it was public money and it was meant to be spent on education.
Then, what is holding up the repair works?

The Covid-19 pandemic? The restrictions caused by the pandemic were unfortunate and some delay was excusable. But is the pandemic being used as the universal excuse for negligence and procrastination?

Or was it a mismatch between federal/state politics?

I have been under the impression that the relationship between the state and the federal government is good. There is no reason why the state government, an essential partner in the coalition of parties in power, could not secure the necessary funding for school repairs.

In 2019, an allocation of RM 1 billion was earmarked for the repairs. The statement made by the Sarawak Bumiputera Teachers Union (KGBS) in The Borneo Post of Saturday, Oct 23, 2022, indicates how worried the members of the association are about possibilities of a change of government, particularly the change of the ministers of education.

I must admit, rather naively, that I’ve been sticking to the Cobbold Commission Report as a point of reference when discussing educational matters in Malaysia. Go a bit further back in history. The Brooke Rajahs, in their Nine Cardinal Principles (1941), stated quite clearly that: “… Social and education services shall be developed and improved.”

Well, the Japanese Occupation put an end to that programme before it was ever started. Twenty years later when the British government proposed that Sarawak should be merged into a bigger federation including Malaya, the importance of education to the people of Sarawak was stressed by the Chairman of the Cobbold Commission. In his report, he said: “We agreed that education should be on the federal list, but integration of Federal and state practice should take place gradually after careful study by a Working Party.

“The British members, with whom I agree, stress the importance of maintaining existing policies regarding the use of English as a medium of instruction.”

That’s what I call plain speaking.

The British members and all the other members including the Malayan members of the Commission all agreed that this was to be the position if Malaysia would come into being.

Then there was a warning from the Chairman: “It is a necessary condition that from the outset Malaysia, should be regarded by all concerned as an association of partners, combining in the common interest to create a new nation by retaining their own individualities. If any idea were to take root that Malaysia would involve a ‘take-over’ of the Borneo territories by the Federation of Malaya and the submersion of the individualities of North Borneo and Sarawak, Malaysia would not in my judgment, be generally acceptable.”

Over the years, politicians had made religion a part of the political ideology of their parties, whether the people of the Borneo states liked it or not. Politics of religion was NOT envisaged by the founders of Malaysia. It came later, when religion was mixed with politics, and a lethal mix it is!

Put in simple language, our present-day education policy is not what the early founders of the Federation envisaged and planned for.

Is this the sticky problem why funds for the repairs of schools are not easy to get?

There is a case in favour of Sarawak having an education policy of its own without dismantling the whole education system of the country.

Just let Sarawak, and Sabah for that matter, implement an education syllabus that fits the conditions and needs of these two eastern states.

The school buildings certainly need fixing ASAP, and so does the system!

Previous ArticleSarawak Premier: Wealth fund will be useful for ‘rainy days’
Next Article Councillor Chundi proud of his Bakong roots