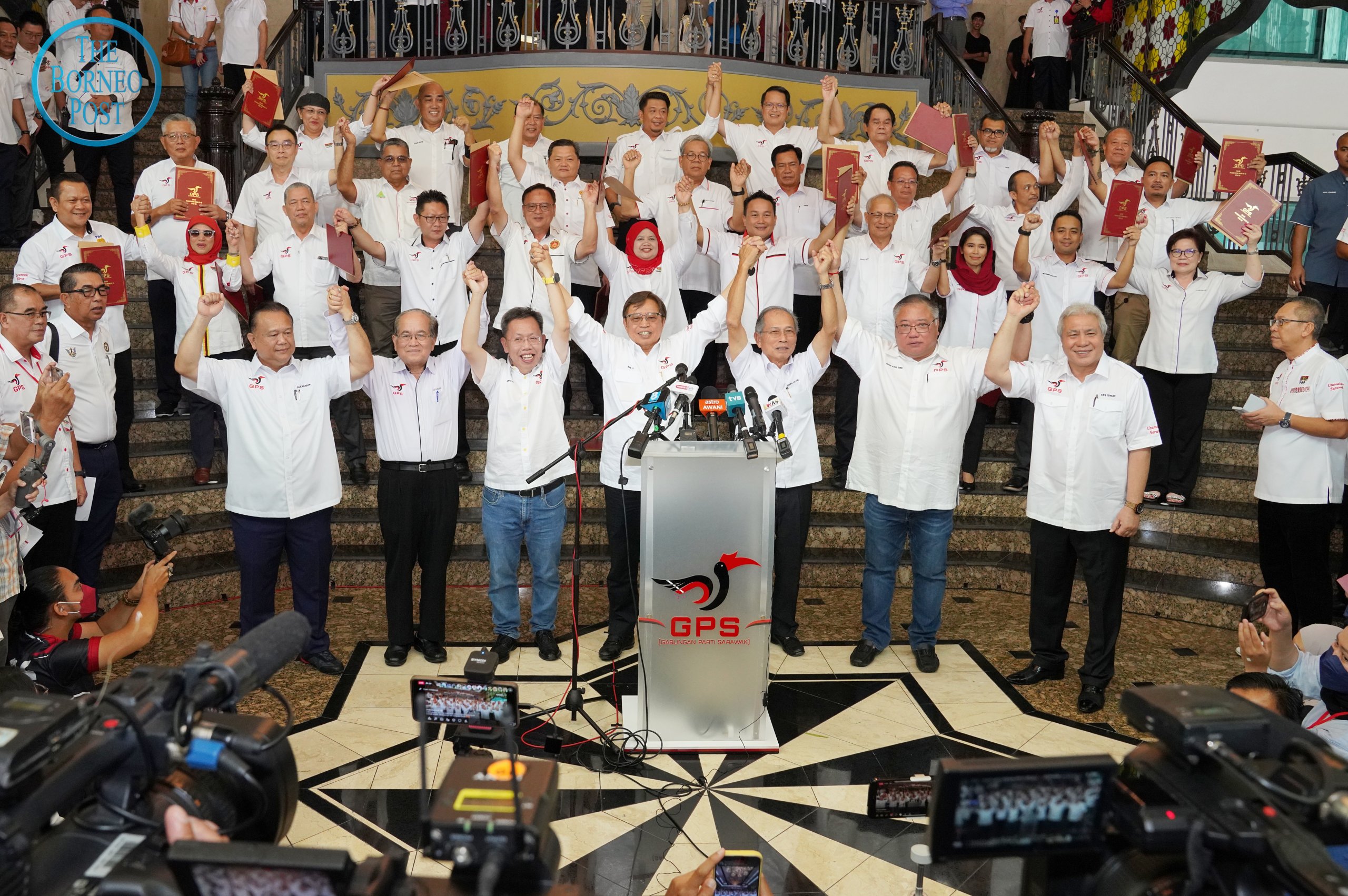 All the three incumbents are from Parti Pesaka Bumiputera Bersatu (PBB).

Also among the 31 candidates are Batu Kitang assemblyman Lo Khere Chiang, who will stand in Stampin, and Repok assemblyman Dato Sri Huang Tiong Sii, who is GPS’ candidate for Sarikei.

Lo and Willie are among the 14 new faces fielded by GPS to stand in GE15.

PBB, the backbone of GPS, will field 14 candidates, whereas the Sarawak United People’s Party (SUPP) has seven candidates.

Abang Johari told a press conference at the PBB headquarters here that GPS’ chosen candidates were experienced and that they comprised the middle-aged and youths.

The Premier also said that the coalition has added two more women as candidates, bringing GPS’ women candidates to five for GE15.

“We have Dato Sri Doris (PRS Women’s chief) who will be standing in Sri Aman and the other lady is Rodiyah Sapiee for Batang Sadong.

“Rodiyah’s education background includes a Master of Business Administration as well as a Bachelor of Civil Engineering,” he said.

Abang Johari added GPS will continue to defend Sarawak’s rights through its parliamentary candidates, who will focus on putting ‘Sarawak First’ in Parliament, especially on issues related to the Malaysia Agreement 1963 (MA63).

“We have our policy, including those that have yet to be completed, under the MA63 negotiations,” he said.

He also said that the coalition has been successful in its constitutional demands through Wan Junaidi, the caretaker Minister in the Prime Minister’s Department (Parliament and Law), which had resulted in the MA63 and its annexures such as the Inter-Governmental Committee (IGC) Report being recognised and included as part of the Federal Constitution.

“I would like to express my thanks to the GPS members of Parliament who have served in the past government, particularly those who have paved the way for new faces,” he said.

Abang Johari also announced that GPS will be launching its manifesto on Nov 6.

“We are very firm on our manifesto even though some have said that it should not be treated like a ‘Bible’,” he said. 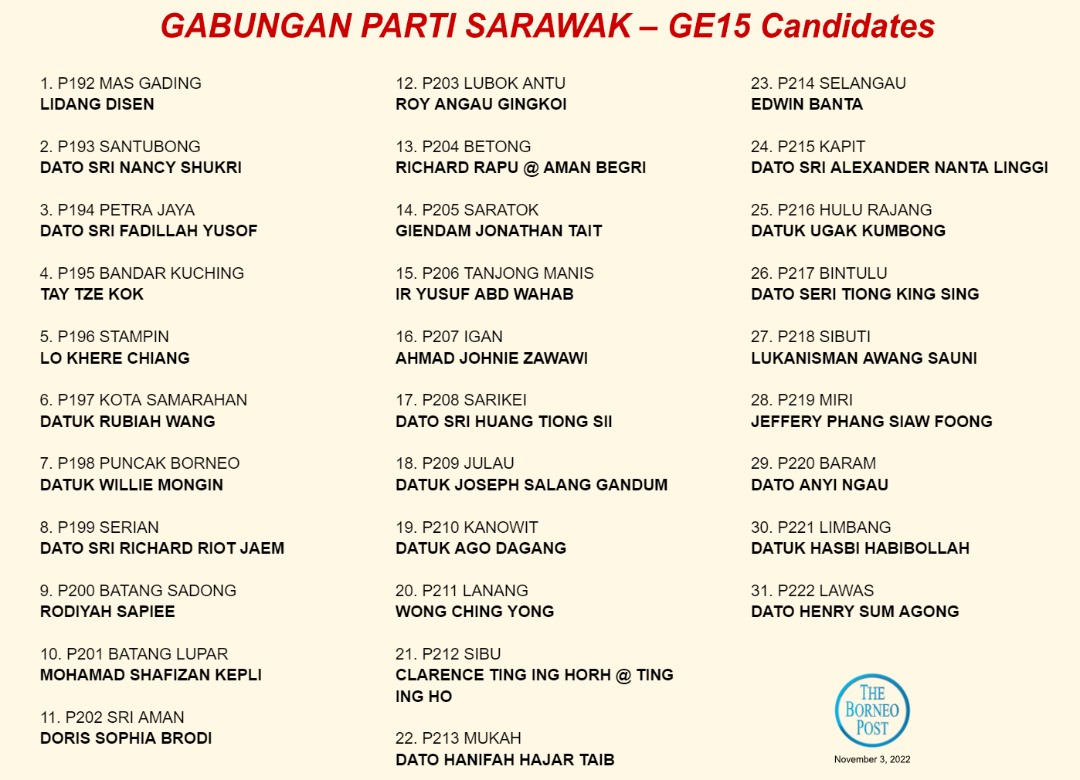 Previous ArticleThree rescued in Bintulu after being trapped in house due to flood
Next Article Sarawak aims for ‘One Community One Counsellor’, says Premier