Monday, February 6
You are at:Home»Business»Sarawak-based companies eye infrastructure projects in West Kalimantan
For the freshest news, join The Borneo Post's Telegram Channel and The Borneo Post on Newswav. 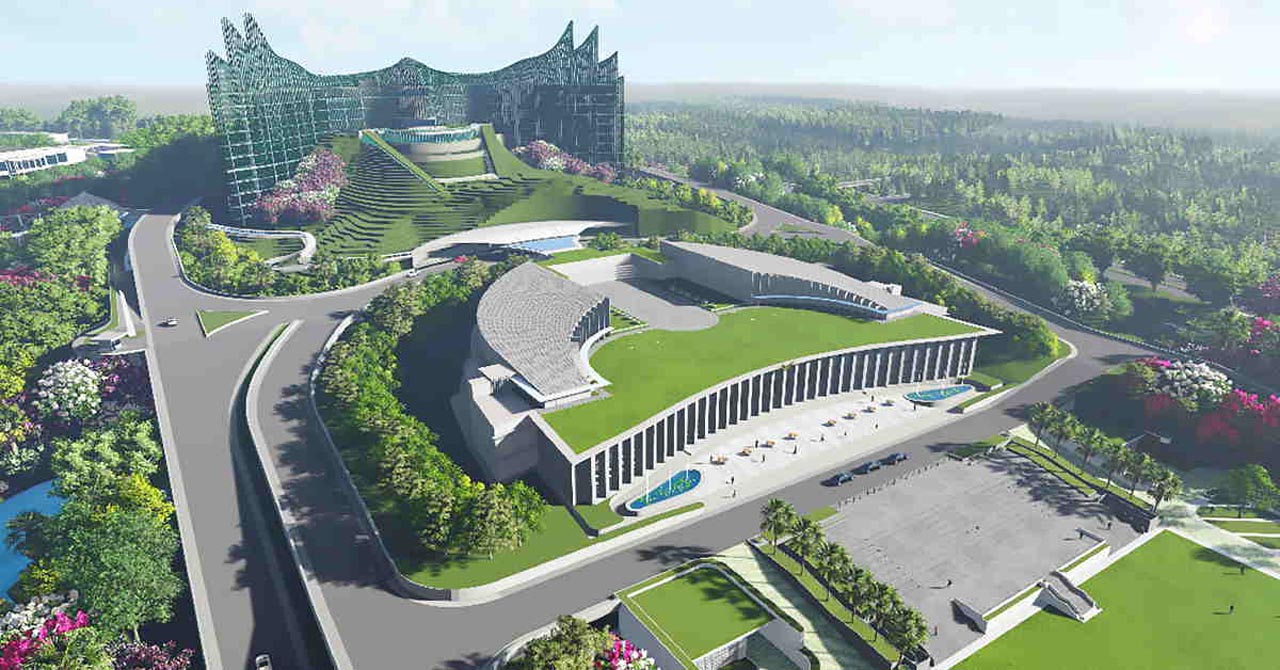 This computer-generated imagery shows a design illustration of Indonesia’s future presidential palace in East Kalimantan, as part of the country’s relocation of its capital from Jakarta to a site 2,000 kilometres away on Borneo Island that will be named “Nusantara”. — AFP photo

“Many big business potentials are waiting to be tapped in the province, particularly in its capital Pontianak,” he told the Indonesian news agency Antara.

Junaidi led a delegation from the seven Sarawak-based companies to meet with Pontianak mayor Edi Rusdi Kamtono at his office on Thursday.

The Indonesian government is reportedly planning the development of a second toll road on Kalimantan Island, connecting Pontianak and Kijing International Seaport.

The road will support the industrial area development plan that accommodates commodity distribution, such as palm oil and bauxite.

The total straight line distance between Kuching, Sarawak and Kijing, in the area between Singkawang and Mempawah, is 261 kilometres.

According to Junaidi, Indonesia’s solar power programme was also attractive since a hybrid solar system is a reliable renewable energy source for remote areas in the province. – Bernama

Previous ArticleMetMalaysia: Rain, thunderstorms forecast for nomination day
Next Article Sarawak aspires to be in the lead in renewable energy