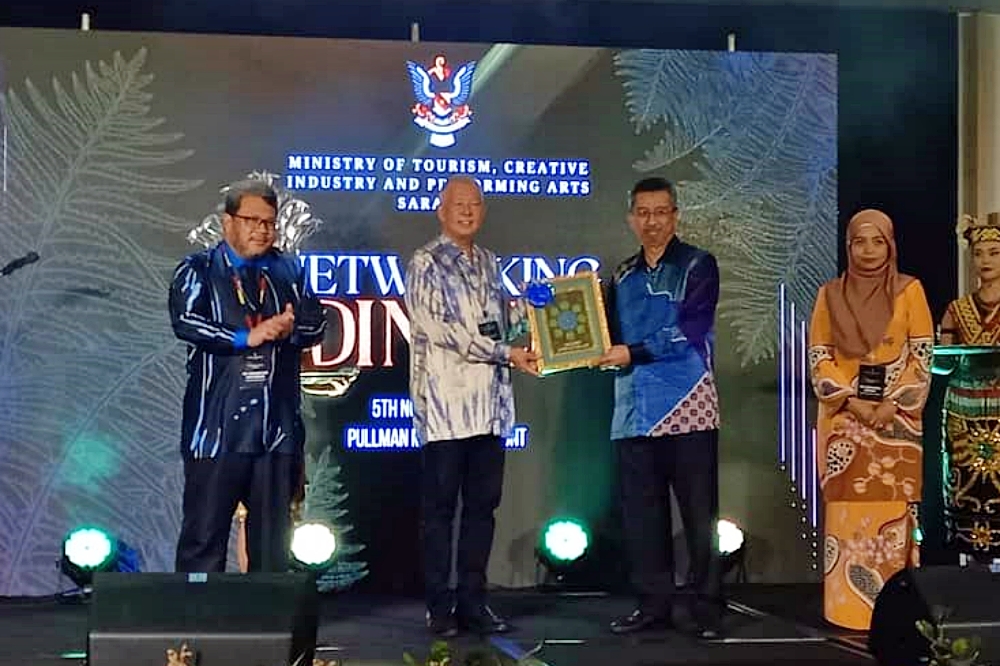 MIRI (Nov 6): The arrival of Brunei visitors into Sarawak is still slow even after it reopened its land and sea borders in August after the end of the Covid-19 pandemic.

Sarawak’s Tourism, Creative Industry and Performing Arts minister Dato Sri Abdul Karim Rahman Hamzah said that arrivals from Brunei reached its peak in 2019 with a total of 1,296,017 visitors where the majority of them were via the Customs, Immigration and Quarantine Centre (CIQ) in Sungai Tujuh.

“Yet, the arrivals from Brunei this year (after reopening its borders) is still slow, and hopefully it will gradually increase when visitors are more confident to travel,” he said.

Abdul Karim had his speech read out by Deputy Minister of Tourism, Creative Industry and Performing Arts I, Datuk Sebastian Ting at a welcoming dinner of the familiarisation visit for diplomatic corps at Pullman Hotel Waterfront last night (Nov 5).

Overall, from January to September this year, visitors’ arrivals into Sarawak had increased by 1138.08 per cent to 1,141,184 people, as compared to the same corresponding period in 2021, he added.

In terms of tourist arrivals to Malaysia, he said that the number had increased to 3.21 million from January to July of this year, as compared to the same corresponding period in 2021 and had generated RM9.35 billion of tourism revenue.

Sarawak, he added, is naturally and culturally endowed with lots of beautiful and attractive places which have fascinated worldwide people from all over the world.

“Miri, especially, is one of the places that are rich in culture, foods and heritages, forts, beaches and national parks to attract tourists from around the world,” he said.