Saturday, January 28
You are at:Home»News»Sarawak»GPS’ Ting asks Sibu voters to give him chance to serve
For the freshest news, join The Borneo Post's Telegram Channel and The Borneo Post on Newswav. 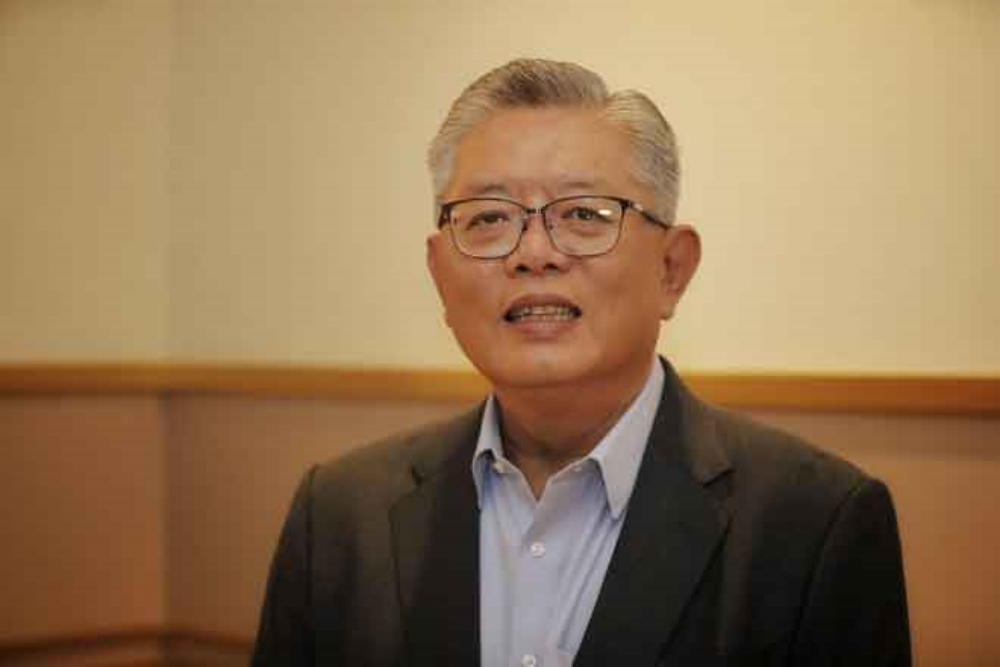 SIBU (Nov 6): Gabungan Parti Sarawak (GPS) candidate for Sibu, Clarence Ting is appealing to voters in the parliamentary constituency to give him a chance to serve.

The Sibu Municipal Council (SMC) chairman said if he gets elected come Nov 19, he will make sure to bring the voices of Sibu voters to parliament.

Speaking to reporters at the nomination centre at the Sarawak Islamic Complex Sibu here, Ting conceded that the battle for Sibu was going to be tough.

“Both of them (Ling and Wong) are seasoned politicians,” he said.

Ting also said GPS’ call to field him in Sibu was a last-minute decision.

“Everybody was guessing. Anyway, it doesn’t matter now, I’m out (contesting) now. So give me a chance. Give me a chance. I will work like I’ve done for SMC and SRDC (Sibu Rural District Council).

“I’ve shown my record, and hope to be given a chance to serve as an MP,” said the 63-year-old.

“I will go to SRDC first. That’s the area I am not serving now. Then I will come back to town.”

Ting pledged to cover all areas under the Sibu parliamentary seat and work closely with GPS elected representatives for Nangka and Pelawan to better serve the community.

The three state seats under Sibu are Nangka, Pelawan and Bawang Assan, where Wong is the assemblyman.

“Like I have always done in SMC, I’ll use that spirit to capture this parliamentary seat. My number is 2,” said the GPS candidate.

Ting said his tenure as SMC chairman will expire on Dec 31 this year, and he intends to serve until that date.

Also met by reporters, Wong said it mattered the most to address inflation-related issues so that people would not have to suffer soaring prices.

The PSB heavyweight said the next federal government as well as state government, which is under GPS, must have proper policy and management plan to help people cushion the impact of inflation.

He observed that most people were concerned about the rising costs of living but the state government had been about rhetoric such as achieving high-income economy by 2030.

“Don’t just talk about Vision 2030. It’s pertinent to first solve problems faced by our people, and not talk about 5G or 7G. People need to have a better life and better employment opportunities,” he said.

Wong added that Malaysia has to be free of corruption while its government must be clean and transparent besides placing the people’s interest above all.

Meanwhile, Ling called on all voters, especially first-timers, to cast their ballot papers on Nov 19.

He termed first-time voters as kingmakers and can play a role to save the country from corrupt practices so as to secure a bright future.

“It is time to celebrate our democracy, to vote for a better government with good governance so that we can bring our country forward,” he told reporters at the nomination centre.

The incumbent said ‘Malaysia is famous for corruption and we need to fix this in this general election’.

He said there is also a dire need to address various economic challenges so that Malaysians in general will not be bogged down by any economic turmoil.