Monday, January 30
You are at:Home»Columns»Commentary»GE15 hot seats: Where friends become foes
For the freshest news, join The Borneo Post's Telegram Channel and The Borneo Post on Newswav. 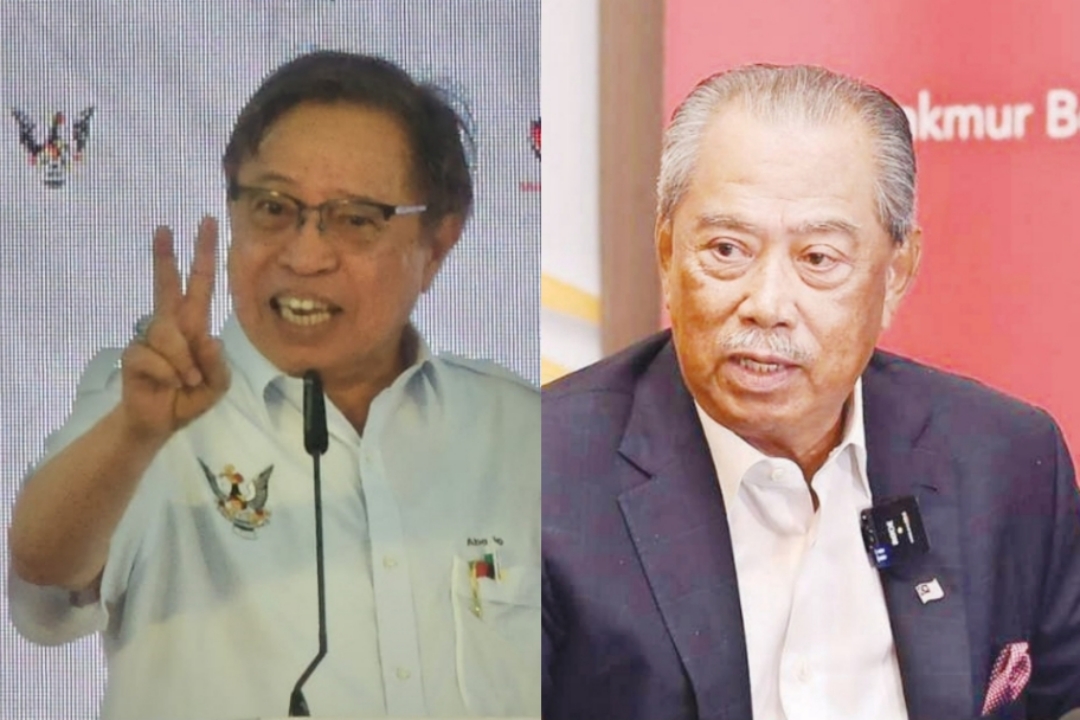 WITH campaigning for the 15th general election now at midway, there are two seats in Sarawak that continue to be the subject of much talk and speculation – Lubok Antu and Saratok.

The Sarawak premier had blasted Muhyiddin after nomination day as PN had fielded four candidates in the state, including in Lubok Antu and Saratok which are set to be the main battlefield between the two coalitions.

“During the political crisis in Malaya, this party had asked for GPS’ assistance and it is with our support that (PN chairman) Tan Sri Muhyiddin Yassin was appointed the Prime Minister.

“But now that the election is here, they have decided to send four candidates to contest against GPS. ‘Cakap tidak serupa bikin’ (saying one thing and doing another),” Abang Johari said.

In response, Muhyiddin said the only agreement made with GPS was that Bersatu would not contest in the last state election and not the parliamentary election.

“He (Abang Johari) said, ‘It is okay, you leave the state (elections) to me, you can contest the parliamentary seats’. I still remember that there was a witness with me,” he said.

It appears then that the gloves are off between GPS and PN, and the fight over the four seats is expected to be fierce.

The incumbents of Lubok Antu and Saratok were both Bersatu members before the dissolution of parliament.

Throughout the years, voters in the two seats had been supportive of the GPS predecessor, the Sarawak Barisan Nasional (BN), but that all changed in the 2018 polls mainly due to infighting and disagreements over candidates.

Perhaps this year, GPS, which is facing its first national polls, can wrest the seats back and key to victory would be its choice of candidates

In the 2018 general election in Saratok, then two-term incumbent Tan Sri William Mawan Ikom was dropped by BN in favour of Jagah@Subeng Mula and the decision proved to be disastrous.

Mawan was dropped although he defeated Ali in the 2013 polls with a majority of 2,081 votes in a three-cornered fight. Subsequently, Mawan joined the GPS backbone party, Parti Pesaka Bumiputera Bersatu, and the seat was claimed by the Progressive Democratic Party.

Jagah was defeated by Datuk Ali Biju, who represented Pakatan Harapan at the time, with a difference of just 989 votes in a straight fight.

Ali, then PKR’s Krian assemblyman, was very popular among voters in not just the state seat but other parts of the Saratok parliamentary seat and voters were keen to see what Ali can bring to their area if he was elected.

GPS is now faced with the daunting task of wooing voters in Saratok as Ali appears to have covered a lot of ground since 2018 more so after he was appointed as deputy federal minister in 2020.

This year, however, Ali will be defending Saratok as a Parti Pribumi Bersatu Malaysia member under the Perikatan Nasional (PN) ticket after he left PKR during the so-called ‘Sheraton Move’.

It will be a three-cornered fight with GPS fielding debutant, Giendam Jonathan Tait, and PH aiming to retake the seat through PKR’s Ibil Jaya.

Giendam’s resume shows that he is a board member, director and project manager of a private company and has been with the company for 26 years, hence he has an established corporate background.

Talk is that he was chosen as GPS candidate to match Ali’s involvement in the corporate world because this was apparently what had given Ali the edge in previous elections.

According to local political pundits, Giendam has a 50-50 chance against Ali but it will be a tough fight. Some voters there will still remember that Ali had sacrificed Krian in the state polls last December to back the GPS candidate.

In Lubok Antu, many believed that BN would not have a problem fielding a candidate for the seat in 2018 since it had been its stronghold for four decades.

Prior to the 2018 election, PRS had fired several supreme council members including Nyallau due to internal disagreements, including on the party’s choice of candidate for the polls.

As a result of Nyallau’s expulsion, many Lubok Antu voters voted for independent candidate Jugah Muyang to register their displeasure. Jugah was a PRS member, who had quit the party to join the fray.

It should be noted that Nyallau had very recently quit PSB and declared that he will be supporting the GPS candidate.

In the run-up to the polls this year, Jugah had applied to rejoin PRS but he was rejected and as a result, he joined Muhyidding’s party and will be defending the seat on the PN ticket.

Insiders claim that Roy will face an uphill battle against Jugah and Rayong, who is also Engkilili assemblyman, due to the popularity of the two other candidates in the race.

If Roy wants to win the Lubok Antu seat, he will need to convince voters that he is also capable of matching Rayong’s and Jugah’s service to their constituents.

It is unclear how the disagreement between Abang Johari and Muhyiddin will play out when the scrambling to form a new government begins but what is obvious is that it has strengthened GPS’ resolve to defeat Bersatu in all its contested seats.

After an impressive victory in the state polls last December, GPS is raring to solidify its position as a national political force with a resounding victory in the polls and Lubok Antu and Saratok, are two seats that will send that message loud and clear.