Wednesday, December 7
You are at:Home»Columns»Between The Lines»GE15: Of changing narratives and rise of youth power 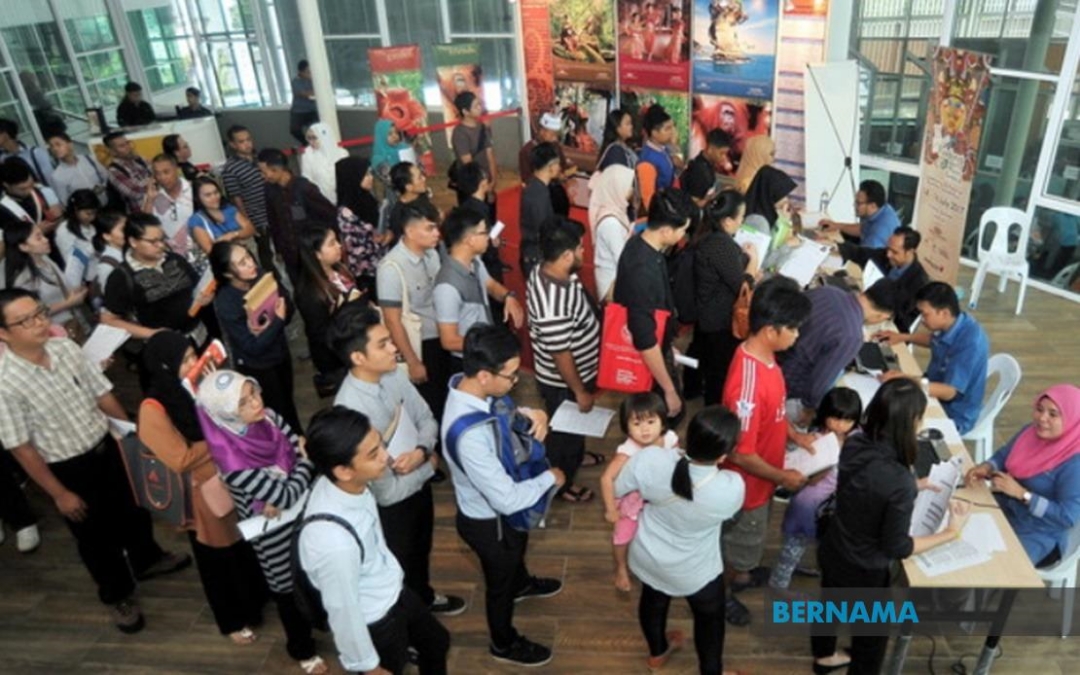 To appeal to voters under the age of 40, political parties must offer concrete policy ideas, not just cheap slogans, in order to reassure the younger generation that they have a plan to help them. — Bernama photo

THE ripples have not yet faded, nor has the dust been blown away. Uncertainty and suspicion still lurk in the shadows and are not openly expressed, and many prefer to leave some contentious questions unanswered, instead raising the spectre of race and religion to gain votes and power.

Even though the 15th general election (GE15) is less than two weeks away, the tell-tale signs of in-fighting within Umno, the dominant party in the federal ruling coalition, have not vanished and are easily discernible by seasoned political actors and analysts.

So many ‘contentious’ firsts have emerged in the run-up to next week’s election, allegedly bringing delight to some and causing discomfort to others among the Umno stalwarts, depending on which side they are on and how much interest they have.

The fate of Umno president Datuk Ahmad Zahid Hamidi at the GE15 has been widely speculated, and a number of evaluative pointers have surfaced and are making their rounds.

Will Zahid’s ‘unseen’ foes be hoping to see the former meet his ‘Waterloo’ at Bagan Datuk, as support for him is purportedly divided, especially after the withdrawal of some veterans and warlords from contesting in GE15? One cannot rule out the possibility of a covert plot to accomplish this, and a seasoned politician like Zahid would be cautious in treading the electoral path ahead of election day.

A different mood has emerged in Sungai Buloh, where Khairy Jamaluddin (KJ) is running, following his public declaration of his intention to one day lead Umno and become Prime Minister. It is good news for the party’s young and educated members, but not for the senior Umno leaders who are waiting to advance.

The first to feel the sting is Zahid, who will run for re-election to the Umno presidency in the coming election and KJ may be an obstacle.

Next will be Datuk Mohammad Hassan, the current deputy president, who has positioned himself to eventually take over from Zahid. Power is never far from being a key determinant of political actors’ goals, and talk of people-centricity and stability is merely rhetoric that must be maintained in order to remain politically fashionable.

The GE15 will determine the fate of the country for the next five years and beyond. It is about defining the direction and commitment of a multiracial people to a shared destiny in order to liberate Malaysia from the dreaded evils of corruption, power abuse, and racial and religious bigotry.

It is about electing a strong and stable government capable of reinventing and resetting the country’s economic and social policy thrusts and framework. It is about giving millions of Malaysians and future generations a better life and a better future.

GE15 goes far beyond numbers, which are bound up in political or territorial pride and patronages. It is about coming together to reinvent the wheel and reset the course for the nation in pursuit of a shared destiny.

The focus is on the country. Territorial insularity and parochialism must be put on hold for the time being. Macro-politics is to take centre stage.

In the run-up to the GE15 polls on Nov 19, Malaysians are focused on the intense battle between the three main competing blocs, namely, Barisan Nasional (BN), Pakatan Harapan (PH), and Perikatan Nasional (PN), who are fighting neck-and-neck to secure a simple majority before negotiating with the friendly party or parties to form the next federal government.

Parties outside the three blocs have indicated their neutrality thus far, indicating that they will only enter into negotiations with the party of their choice after the GE15 results are officially known.

Even if GPS in Sarawak and Warisan in Sabah make impressive gains in their respective territories during the campaign, they will not have the numbers to form the core of the new government, even if they win the maximum number of seats contested.

At best, they are viewed with respect as potential ‘kingmakers’ – a stereotypical statement that puts the East Malaysian parties, especially GPS, in a position of strength to make their bargain that includes the allocation of the post of Deputy Prime Minister to Sarawak or Sabah.

If the bargain is struck, will the additional post of Deputy Prime Minister go to Sarawak, or Sabah?

The uncertainty over who should it be given to could be cause for fresh tussle with the ‘suitor’.

It’s not hard to guess who that potential ‘suitor’ is. But, for the time being, the dominant East Malaysian parties are not considering PH, although Warisan has not explicitly ruled out such a tie up.

But are we not counting the chicks before they hatch?

As of now, none of the three major parties, namely the BN, PH, and PN, has been projected as a potential clear winner, and they are still fighting tooth and nail to the finish line.

If PH causes an upset, much to the dismay of BN and PN, where does that leave the latter’s potential allies?

Is there enough time to reboot and redo the alignment?

The situation is unpredictable until the results are released. Although the old allies have an intertwined relationship, nothing in power politics is permanent. Each crossing is a trajectory and represents a path.

The arrival of 5.8 million new voters, including 1.2 million UNDI18 voters, on the electoral scene represents a new power wave that will change the country’s political dynamics, beginning with GE15. Their votes will increase or decrease the vote size and majorities in all constituencies, with the most severely affected areas being those where they can cause a swing of votes that adds up to a party victory or loss.

The young voters are a new power bloc. They are a ‘kingmaker’ and a ‘wild card’ factor in their own right, and they will decide the fate of a party at the polls before the results are released.

Their political leanings are currently unknown, and their votes could influence the outcome of the elections. It remains to be seen whether youth dissatisfaction with the old guard, which has been tainted by several corruption scandals, will motivate them to vote for the opposition or to give the incumbent ruling parties a second chance.

Based on extrapolation of data from several authorised sources, one will be pleasantly surprised to find that voters between 18 and 40 years old number 12.2 million, or 58 per cent, of the total electorate compared to 41 per cent in GE14. This means that the 18-40 year-old voters will for the first time form the bulk of voters in Malaysia in GE15.

In Sarawak, more than 600,000 new voters have been added to the Sarawak electoral roll after the implementation of Undi18 and automatic voter registration.

Indeed, the young voters are a new power bloc and ‘kingmaker’ in Malaysian politics.

Whatever party or coalition of parties seeks to form the next government must clearly appeal to the 58 per cent of voters under the age of 40. Ignoring them would be political suicide.

More recently, a group of disgruntled youths and students, calling themselves ‘Kumpulan Tolak Kerajaan Gagal (Reject The Failed Government Group), has launched a nationwide campaign to highlight the failures of the caretaker administration.

They refuse to be subservient to the feudal or patronage politics that most parties uphold, including dancing to the beat of the party leader, or risk being sidelined or ostracised.

Thousands of university and college students are flocking to the group, which is drawing attention to the numerous scandals involving politicians. They include the Littoral Combat Ship (LCS) project, the global 1Malaysia Development Berhad (1MDB) scandal, the debate over Digital Nasional Bhd’s (DNB) role in the 5G network rollout, and a slew of court cases involving leaders. They are now focusing on raising awareness among Malaysian youths about the importance of voting.

To appeal to voters under the age of 40, political parties must offer concrete policy ideas, not just cheap slogans, in order to reassure the younger generation that they have a plan to help them. They too must be given space and opportunity to be listened to and to participate in the decision-making process. This will help to stem the tide of lack of trust in politicians, which is now at an all-time high.

Young educated people have the potential to be a creative force and a dynamic source of innovation. They have played a significant role in catalysing changes in historical political systems, power dynamics, and economic opportunities.

The emphasis on youth engagement in politics is a relatively new priority, but it is extremely timely, especially in light of recent events and democratic transitions.

Previous ArticleHigh time for Sarawak’s O&G to stand on its own feet
Next Article GPS in GE15: Kingmaker, stabiliser, or both?