Saturday, December 3
You are at:Home»Columns»Commentary»GPS in GE15: Kingmaker, stabiliser, or both? 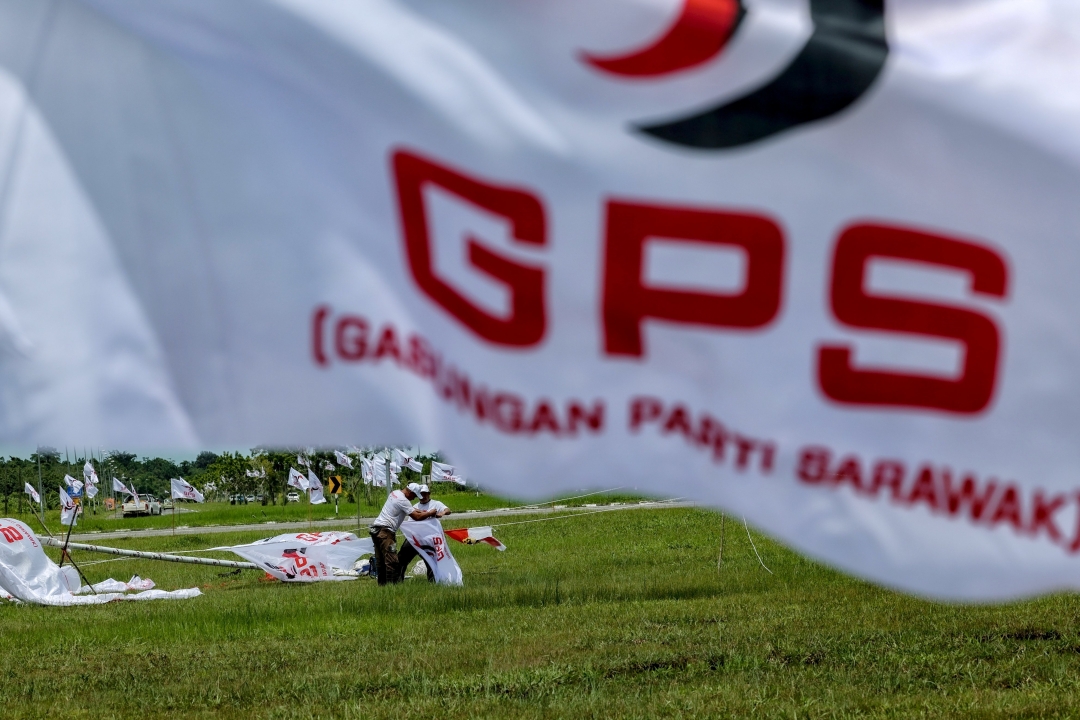 MANY political analysts foresee Gabungan Parti Sarawak (GPS) as having a critical role in determining the outcome of the 15th general election (GE15), dubbed by many as the most anticipated of any previous polls.

Dr Bridget Welsh, an honorary research associate with the University of Nottingham Asia Research Institute Malaysia, said the greater confidence towards GPS would put the coalition to function more than just in ‘a kingmaker role’, but also as a stabilising factor in the next federal government.

“Sarawakians have the most influence than they have ever had to determine the outcome,” she told The Borneo Post recently.

“There is greater confidence in Sarawak, among the citizens, in setting both the state and the country’s future. Beyond the more prominent kingmaker role, the coalition is not that different from the BN (Barisan Nasional) grouping of the past among voters.”

Welsh also pointed out that the sentiments in Sarawak were different from those in Peninsular Malaysia.

“The entry of Perikatan Nasional (PN) will make the races in some of the seats where they are running more competitive, but this competitiveness comes from the influence of individuals not being in PN.

“Peninsular-based coalitions are not as popular and PN, as a vehicle with its inclusion of PAS, has low acceptance among Sarawakians,” she said.

“It is not the most intense election for GPS, unlike the political parties fighting in the peninsula.

“GPS dominates the political landscape in Sarawak. It asks the people of Sarawak to select GPS with its ‘Sarawak First’ philosophy.

“And they will try to blame the Pakatan Harapan (PH) as Peninsular Malaysia tries to disrupt Sarawak. This was shown in the last state election, so I expect the same to happen in this (parliamentary) election,” said the professor of Asian studies.

Chin also said there should be no internal issue within the GPS.

“I expect there would be no unexpected scenario; the current scenario in Sarawak during this GE15 would be the same, just like the last state election,” he added.

He also pointed out that the tussles within the Opposition – between local-based Opposition parties and the federal-based ones – would only enhance GPS’ chances of claiming a lion’s share of the parliamentary seats.

“Of course for the Opposition, as long as they do not get together, it would be hard for them to win seats because they have divided the Sarawak-based opposition and the peninsula-based opposition.

“It’s the very scenario during the last state election. S, this would be a very easy election for the GPS, and they’re very lucky because this is their first general election as an independent coalition,” he said.

With such a strong footing, Chin predicted that GPS would have another landslide victory in the coming polls, winning at least 25 of the parliamentary seats it contest.

“Now, Sabah and Sarawak are important; what happens is that everybody expects GPS to win 25 to 27 seats.

“Now, 25 seats may sound very little – accounting for a mere 10 per cent of the seats in Parliament. But, whoever on the peninsula side that cannot get a clear majority, the first port they would have to call is probably GPS, (where they would) try to build some sort of alliance,” he added.

Unlike Welsh, however, Chin said it remained to be seen whether or not GPS would emerge as the kingmaker, although it could become the backbone to the creation of any stable government.

“If Umno, PAS or Bersatu win the majority, then they may not need GPS as much as they did in the last two governments. And that would be difficult for Sabah and Sarawak.

“In other words, the federal government cannot be too strong, because that would be bad for Sarawak.”

Still, Chin believed that GPS would play its role towards ‘stabilising’ the new federal government. He said whichever coalition out to form the government would be obliged to disburse more funds for development in Sarawak and acknowledge the state’s rights under the Malaysia Agreement 1963 (MA63).

“Sarawakians do not care about politics in the peninsula. They just hope that GPS could extract more concessions, especially more funds from the federal government, and of course, more autonomy.

“Voters in Peninsular Malaysia are still divided. So I think the peninsula bloc would still have to rely on GPS for them to stay in power – meaning GPS could get maximum concession,” he opined.

Upon being asked about this scenario, Welsh disagreed and remained firm in saying that GPS would likely be both ‘kingmaker and stabiliser’.

Her argument was that as long as the political squabble in the peninsula continued to go on, the GPS would continue to play this role.

“GPS will be both kingmaker and potential stabiliser, but the problems in Umno will persist as it is this party that has been the source of Malaysia’s instability since the 1MDB crisis.

“The impact from Datuk Seri Ahmad Zahid Hamidi’s purge weakens him in Peninsular Malaysia, and along with the displacement of local leaders in Umno, this would negatively impact the fortunes of Umno.

“The question is by how much, and whether this would force GPS to reconsider its strong alliance with Umno.

“It’s too early to predict, but Ahmad Zahid’s treatment of its allies in BN has not instilled confidence in any alliance partner,” she observed.

Reiterating GPS’ continuing role as a ‘stabiliser’, Welsh said the impact would likely have a bearing on people’s welfare and socio-economy.

“The challenge now is economy, economy and economy. Beyond this, there will be the issue of legitimising itself across Malaysia.”