Wednesday, February 1
You are at:Home»News»Sabah»Principal called us stupid, former student tells court
For the freshest news, join The Borneo Post's Telegram Channel and The Borneo Post on Newswav. 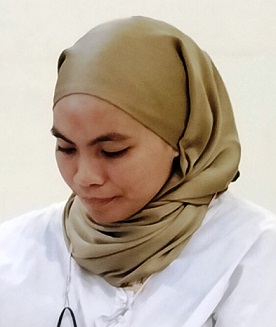 KOTA KINABALU (Nov 14): A witness told the High Court on Monday that her former secondary school principal scolded her and her two classmates and called them stupid when they complained that their English language teacher was absent from class.

Calvina Angayung, 21, who is a local university student majoring in government and politics research, testified before Justice Leonard David Shim that the principal of the school in Kota Belud had called them dumb twice and compared them with himself.

In her witness statement, Calvina stated that the principal claimed that he used to study for 18 hours a day and asked why they (Calvina and her former classmates) did not do the same.

Calvina further said that the principal asked them to change their attitude to be more forgiving and not having a grudge on anyone.

She also claimed that the principal had said that no action would be taken against her English language teacher as the complaint was made at nearly end of the year.

Calvina went to meet the principal on November 1, 2017 with her three classmates and she was an wearing audio recording watch at that time.

She said that the principal did not know about the matter and only knew about it when a teacher informed him.

Calvina also stated that the principal even accused them of being irresponsible as they did not complain about the matter earlier.

Calvina, Rusiah Sabdarin, 21, and Nur Natasha Allisya Hamali, 21, filed the suit on December 22, 2020 naming Mohd Jainal Jamran, Hj Suid Hj Hanapi (sued in his capacity as the principal of the school), director-general of Education Malaysia, Minister of Education Malaysia and Government of Malaysia as the first, second, third, fourth and fifth defendants respectively.

In their suit, the plaintiffs sought reliefs against the defendants namely a declaration that the first, second, third, fourth and fifth defendants are allegedly in breach of their statutory duty under the Education Act 1996 for failing to ensure that they were taught the English language from March 2017 to November 2017.

Earlier, the court thanked counsel Sherzali Herza Asli for taking up this case when the trial was already halfway.

Sherzali is now representing all the three plaintiffs.

The trial resumes on Tuesday.