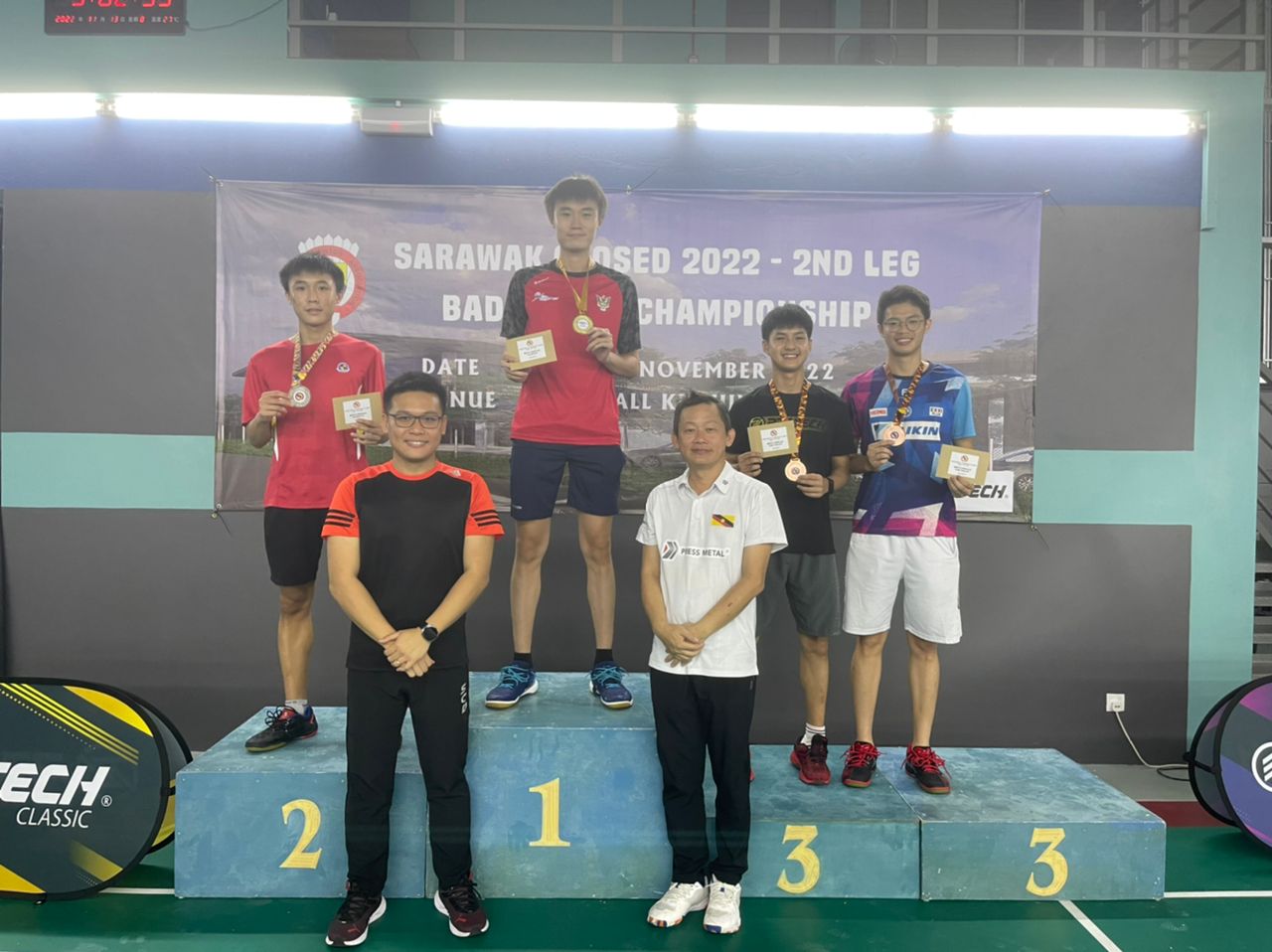 But the tournament’s top seeds from Kuching needed three sets to overcome the Miri pair of Chen Khai Hoong and Kam Sing Siong 21-17, 18-21 and 21-13 in the final.

In the men’s singles, Shun Kiat lived up to his status as the top seed after outplaying his younger brother Shun Huat, who was the second seed, in straight sets of 21-10, 21-10 in the final.

Ranking order was restored in the women’s doubles when the top seeded pair of Adrienne Chan Yi Ning of Kuching and Kam Wei Li of Miri who beat second seeded and another Kuching-Miri combination Ho Sing Yen-Kashley Kho Tze Yin 21-18, 21-14 the final.

More than 200 players from all over Sarawak took part in the championships organised by SBA from Nov 11 to 13.