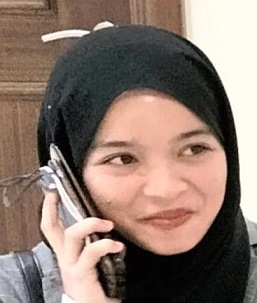 KOTA KINABALU (Nov 15): The High Court here on Tuesday was told that a former English language teacher of a form four Sports Science class of a secondary school in Kota Belud had allegedly leaked examination questions since he allegedly did not enter the class to teach his students.

Nur Natasha Allisya Hamali, 21, who is one of the plaintiffs, told Justice Leonard David Shim that the teacher referred to as Mr JJ, had allegedly given the leaked questions so that she and her classmates could answer and score in their examination without being taught the subject.

Under examination-in-chief by counsel Sherzali Herza Asl who represented Nur Natasya Allisya and her two friends, she testified that Mr JJ did not enter the class to teach them at all from July until October 2017.

Sherzali: After receiving the leaked questions, did you pass your English exam?

Witness: No, I failed in the exam.

Sherzali: Why did you still fail even after receiving leaked questions allegedly from Mr JJ?

Witness: Because I did not want to answer the leaked questions and I only answered whatever I knew in the questions.

Sherzali: Even with the leaked questions, could you still understand the answers?

Sherzali: Why did you answer absolutely not?

Witness: Because Mr JJ allegedly never taught us about the format.

In the open court proceedings on Tuesday, a video recording by the witness was played showing that she and her friend went to put the alleged leaked exam questions on a table of a teacher, who was in charge of English language subject in the school.

In her witness statement, she stated that also in the same video, she had recorded that the leaked questions were put on the table with a note saying “Assalamualaikum cikgu, ini adalah bukti buku kawalan bahawa Cikgu BI kami tidak masuk kelas dan soalan BI akhir tahun yang telah dibocorkan oleh cikgu kami” (Peace be upon you teacher, this is a control book as an evidence that our English language teacher did not enter our class and year-end exam questions leaked by our teacher).

The witness, who is a boutique staff, further stated in her witness statement that she did go to see Mr JJ whenever he did not enter their class or late. However, Mr JJ had asked them to go to do sports activities at the field.

She further said in her witness statement that Mr JJ was allegedly in the office but he did not open the door.

The witness, Calvina Angayung and Rusiah Sabdarin, both aged 21, had named Mohd Jainal Jamran, Hj Suid Hj Hanapi (sued in his capacity as the principal of the school), director-general of Education Malaysia, Minister of Education Malaysia and Government of Malaysia as the first, second, third, fourth and fifth defendants respectively in their suit.

The three plaintiffs sought reliefs against the defendants namely a declaration that the first, second, third, fourth and fifth defendants are allegedly in breach of their statutory duty under the Education Act 1996 for allegedly failing to ensure that they were taught the English language during the period of March 2017 to November 2017.

Apart from that they also wanted declarations that the second defendant is allegedly in breach of his duties under Regulation 3C, 25, 26 Public Officers (Conduct and Discipline) Regulations 1993 and the alleged acts of the first and second defendants complained of amounts to misfeasance in public office.