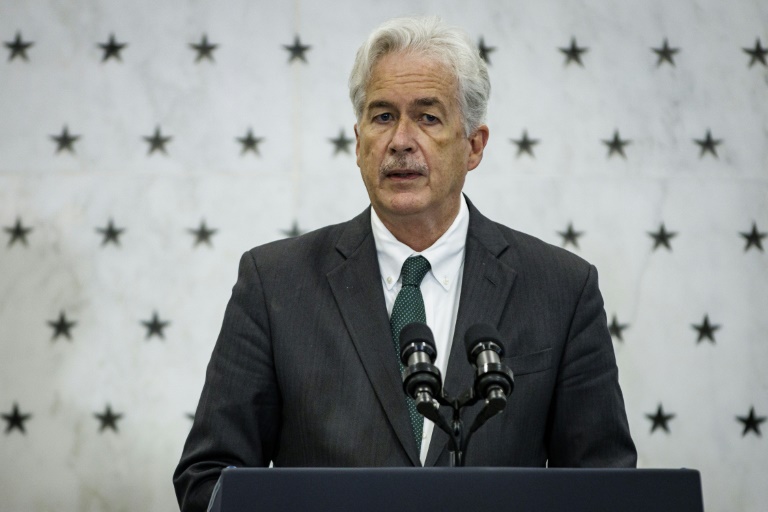 The US and Russian spy chiefs held a rare face-to-face meeting in Ankara Monday on Moscow’s nuclear threats in Ukraine and Americans held prisoner by the Kremlin, the White House said.

In what appeared to be the highest-level direct talks between officials of the two countries since Russia invaded Ukraine in February, Central Intelligence Agency Director William Burns met with Sergei Naryshkin, head of Russia’s SVR foreign intelligence service.

Turkish President Recep Tayyip Erdogan’s spokesman confirmed the meeting, and Kremlin spokesman Dmitri Peskov said it came as “an initiative of the American side,” according to Russian media.

Peskov declined to provide details on the contents.

But the White House said Burns, formerly Washington’s ambassador in Moscow, was delivering a warning against Russia’s threat to make use of tactical nuclear weapons in the Ukraine war.

The CIA chief’s message was “on the consequences of the use of nuclear weapons by Russia, and the risks of escalation to strategic stability,” according to a White House statement.

The United States has warned for months over Russian threats to use tactical nuclear weapons in Ukraine if its own territorial integrity was threatened.

On September 21, Putin said Western nations were seeking to “destroy” his country, and made what was widely taken as a threat to employ nuclear weapons.

“When the territorial integrity of our country is threatened, we will certainly use all the means at our disposal to protect Russia and our people. This is not a bluff,” Putin said.

The White House National Security Council statement Monday stressed that Burns was not in Ankara to discuss ways to end the war in Ukraine, where Russian forces have been beaten back in nine months of grinding conflict but still occupy large swathes of territory.

“He is not conducting negotiations of any kind. He is not discussing settlement of the war in Ukraine,” the statement said.

“We firmly stick to our fundamental principle: nothing about Ukraine without Ukraine,” it said.

The statement said the two officials were also discussing the issue of US citizens detained “unjustly” in Russia.

Russia has imprisoned US basketball star Brittney Griner, arrested last year in Moscow on drug charges, as well as Paul Whelan, an auto supply company official who was convicted of spying after his arrest in 2018.

Washington has reportedly offered a prisoner swap, with speculation that it is willing to exchange jailed Russian arms dealer Viktor Bout for the Americans.

Last week US President Joe Biden voiced hope that his Russian counterpart Vladimir Putin would negotiate “more seriously” to free Griner, who was sent to a penal colony on a nine-year sentence after her appeal in Russian courts failed.

“My hope is that now that the election is over that Mr. Putin will be able to discuss with us and be willing to talk more seriously about prisoner exchange,” Biden said.

Erdogan has made his country an important broker for talks between the two sides, especially on the issue of allowing essential grain exports from Ukraine, which were blocked by the Russian navy early in the war. – AFP