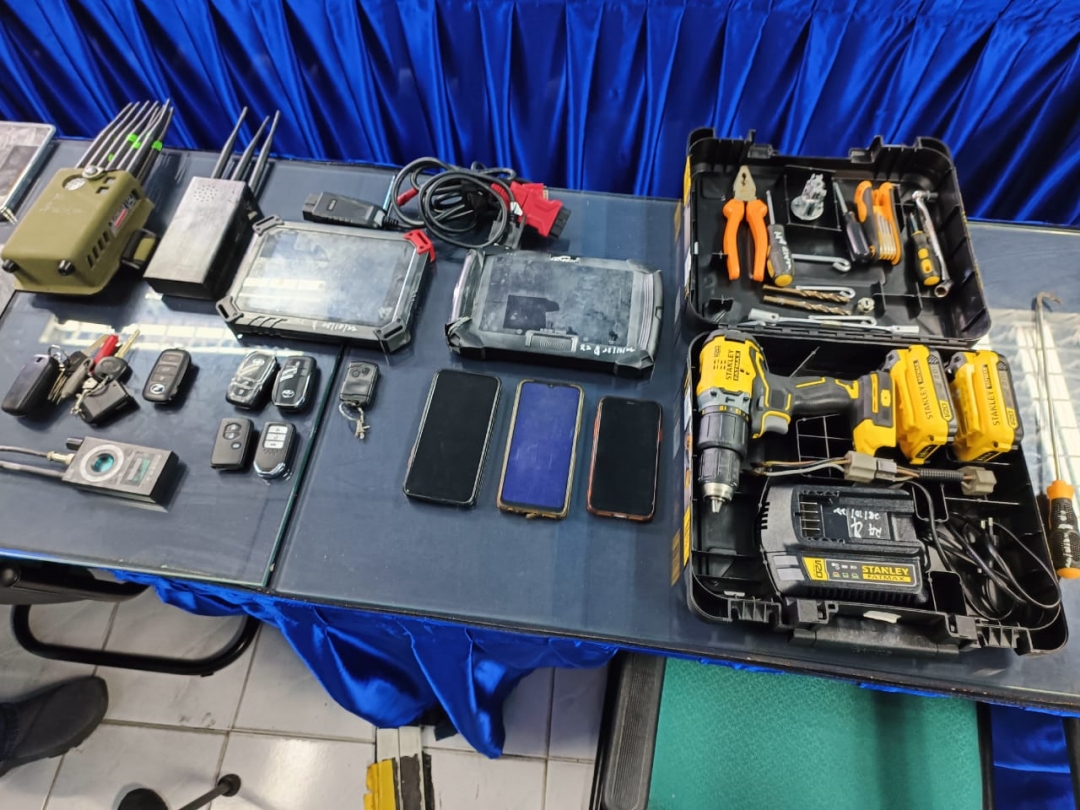 The high tech electronic devices that were used by the syndicate to steal vehicles.

KUCHING (Nov 16): The district police here have thwarted what could be the most modern vehicle theft syndicate in Sarawak with the arrest of three individuals on Oct 25.

“The syndicate is found to be using devices which are deemed sophisticated and high tech such as the RF FS (radio frequency, frequency sweep) Detector and a GPS signal jammer to target four-wheel-drive vehicles,” said Ahsmon to a press conference at the district police headquarters here today.

He added that the syndicate is also found to be using devices which could enable them to start a car’s ignition and control its Electronic Control Unit (ECU).

Aged between 29 and 41 years old, the suspects, who are all locals, have a total of 50 police records for vehicle theft cases, drugs and property crimes, he added.

“These repeat offenders were released under the Prevention of Crime Act 1959 last year and are active again earlier this year in Kuching and other neighbouring districts,” said Ahsmon. 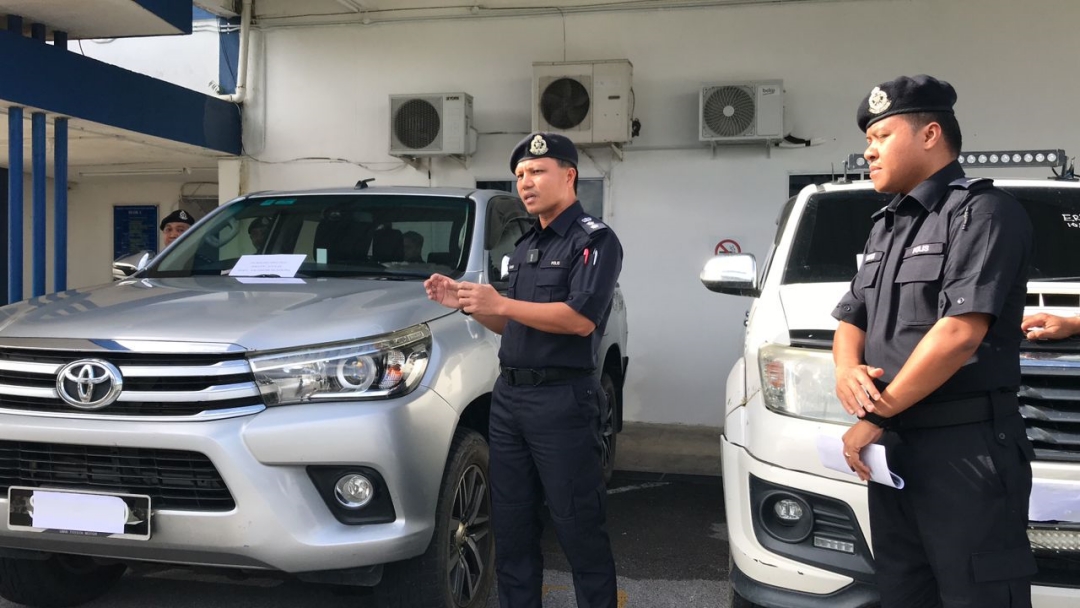 Ahsmon (left) showing one of the stolen vehicles recovered by the police.

He said these suspects work in a small group and would sometimes use traditional tools to break into a vehicle if they fail to use their devices.

This, he said, is due to the discovery of other items that are typically used for vehicle theft such as a handheld drill, modified screwdrivers and other special tools.

With the crippling of the syndicate, the district police have solved nine reported vehicle theft cases here which have recorded losses amounting to RM700,000.

The vehicles which were stolen are believed to be sold to the local and neighbouring country at a price around RM50,000, depending on the quality of the vehicle.

The suspects are currently being investigated under Section 379A and Section 382A of the Penal Code.

During the course of the investigation, police have also identified at least two persons of interest for investigation.

The arrest, he said, is due to the investigation and diligence of the district’s police Counter Aggressive Team (CAT) who so far has crippled six vehicle theft syndicates.