Wednesday, February 1
You are at:Home»News»Sabah»Many teachers knew Mr JJ did not enter class – witness
For the freshest news, join The Borneo Post's Telegram Channel and The Borneo Post on Newswav. 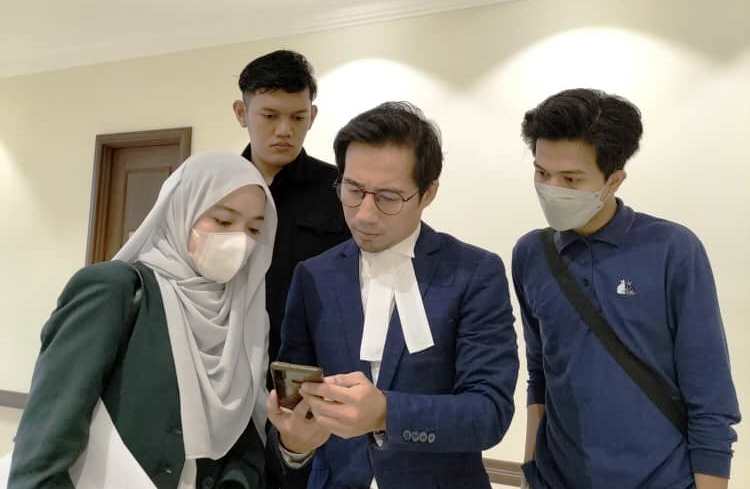 KOTA KINABALU (Nov 16): A college student told the High Court here on Wednesday that many teachers knew that his former English language teacher did not enter form four sports science class of a secondary school in Kota Belud in 2017 to teach them when it was the subject time.

In his witness statement, Abdul Shahril Abdul Sahar, 21, who is currently studying Diploma in Management, told Justice Leonard David Shim that during the English language subject time, he and his friends would play at the school’s canteen or field and the teachers would ask them what was their class at that time.

“Just say it was Mr JJ’s (English language teacher) class now,” the seventh witness said.
Abdul Shahril further stated that the teachers would only ask them to go back to class.

“I admit that when I was at the secondary school, I have no feeling whether a teacher will enter the class or not,” he added.

The witness also said that when he finished school and furthered his study in college, only then he realised the effects of absence of a teacher in class to teach students.

Abdul Shahril said that he failed in his English language when he was in form four and he obtained grade E for the same subject in his SPM examination.

Meanwhile, the eighth witness testified that he did tell their class teacher at that time to look for a teacher to replace Mr JJ.

Mohammad Hafiezzamani Samlan, 21, who is now working at a lighting company in Penang, said that their class teacher did help them to find a teacher to replace Mr JJ but the said teacher could not cover all the lessons because she also had her own class.

The witness further stated that he could not recall how many time Mr JJ allegedly did not enter the class to teach them but there was time when he was absent for one whole week.

Mohammad Hafiezzamani also stated that he failed in the subject when he was in form four and obtained grade E for his SPM examination.

These two witnesses were the classmates of plaintiffs Rusiah Sabdarin, Nur Natasha Allisya Hamali and Calvina Angayung, all aged 21, who are suing Mohd Jainal Jamran, Hj Suid Hj Hanapi (sued in his capacity as the principal of the school), director-general of Education Malaysia, Minister of Education Malaysia and the Government of Malaysia.

The three plaintiffs sought reliefs against the defendants namely a declaration that the defendants are allegedly in breach of their statutory duty under the Education Act 1996 for allegedly failing to ensure that they were taught the English language during the period of March 2017 to November 2017.

Apart from that they also wanted declarations that the second defendant is allegedly in breach of his duties under Regulation 3C, 25, 26 Public Officers (Conduct and Discipline) Regulations 1993 and the alleged acts of the first and second defendants complained of amounts to misfeasance in public office.

Lastly, they sought a declaration that the defendants have allegedly violated their constitutional right to access to education guaranteed to them under Article 5 read together with Article 12 of the Federal Constitution.

The trial will resume on November 23.