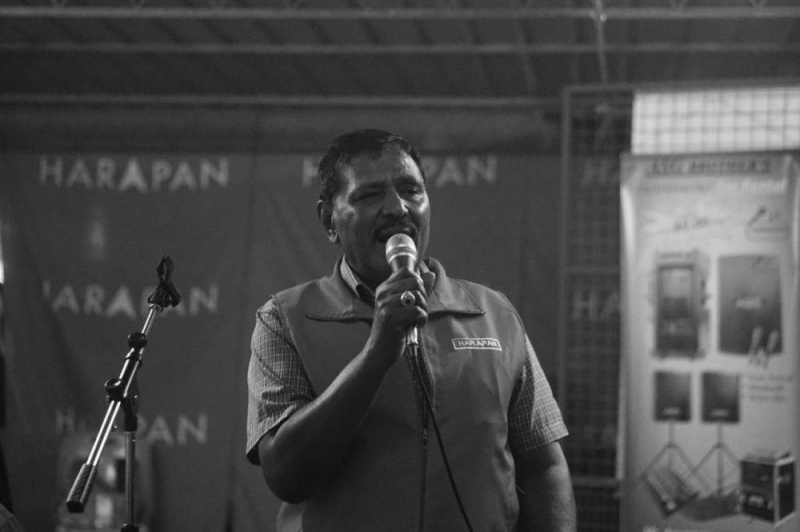 Karupaiya was reportedly hospitalised for a fall and has subsequently died. — Photo via Facebook

Noor Amin said PKR was told by Karupaiya’s family that the latter was hospitalised for a fall and subsequently died.

“Karu was present during Datuk Seri Anwar Ibrahim’s visit to Kulim and Padang Serai on November 14.

“He then fell down after the event and was taken to the hospital,” he told Malay Mail.

According to the Article 11 (6) of the Elections (Conduct of Elections) Regulations 1981, the death of a candidate between nomination and polling would require the Election Commission to start the process anew.

“The Election Commission shall countermand the notice for the poll, and shall appoint by notice published in the Gazette a fresh date for the election and in such case all proceedings with reference to the election shall be commenced afresh, provided that no fresh nomination shall be necessary in the case of a qualified candidate who stood nominated at the time of the countermand of the poll,” the article said.

“The passing of Karupaiya is a great loss to the party and the Reformasi movement.

“His services in Parliament, to the people and the Padang Serai branch, and also to the Malaysian Armed Forces, especially the veterans, will always be remembered,” he said in a statement. – Malay Mail