Monday, January 30
You are at:Home»World»China attacking Taiwan a ‘mistake’ like Russia in Ukraine, says top US general
For the freshest news, join The Borneo Post's Telegram Channel and The Borneo Post on Newswav. 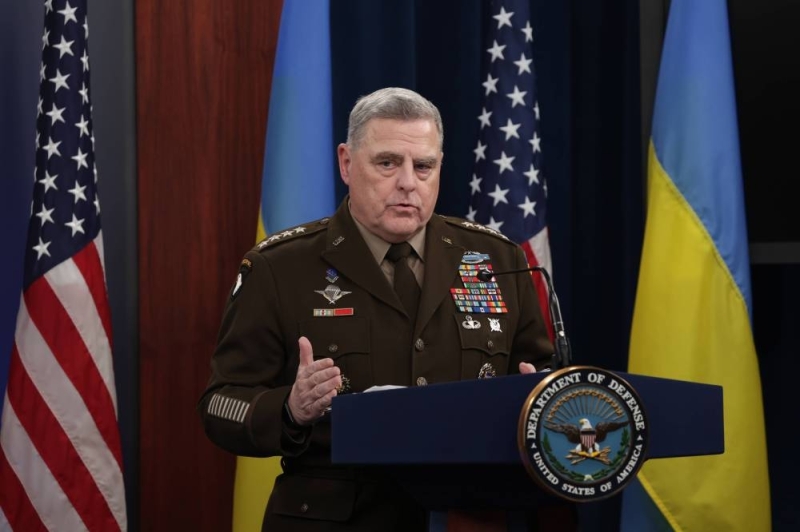 Chairman of the Joint Chiefs of Staff Gen. Mark Milley speaks during a press briefing after a virtual Ukraine Defense Contact Group meeting at the Pentagon on November 16, 2022 in Arlington, Virginia. – AFP photo

WASHINGTON (Nov 17): The Pentagon’s top general warned Wednesday that any Chinese attack on Taiwan would be a strategic mistake as bad as Russia’s invasion of Ukraine.

Milley did not say any attack on the self-governed, democratic island was imminent.

But he said he believes that China’s President Xi Jinping, who just won a historic third term as the country’s paramount leader and has declared uniting Taiwan with China a high priority, is a “rational actor.”

“I think he evaluates things on cost, benefit and risk and I think that he would conclude that an attack on Taiwan in the near future would be an excessive amount of risk, and would end in a strategic debacle for the Chinese military,” Milley told reporters.

That would stall China’s push toward becoming the world’s top economic and military power, Milley said.

He said Russia’s February invasion of Ukraine, which has stalled in the face of unexpectedly strong resistance from Kyiv fortified by weapons from the West, offers vivid lessons.

“One of the things people are learning is that war on paper is a whole lot different than real war,” said Milley.

“When blood is spilled, and people die, and real tanks are being blown up, things are a little bit different. There’s a lot of friction and fog and death in combat,” he said.

He noted that the Chinese military had not been involved in combat since fighting the Vietnamese in 1979.

And he said that while China’s People’s Liberation Army could easily open an assault on Taiwan with bombs and missiles, physically capturing the mountainous, heavily populated island would be a “very difficult military task.”

“They would be playing a very, very dangerous game to cross the straits and invade the island of Taiwan. They don’t have the experience, the background to do it. They haven’t trained to do it yet,” he said. — AFP