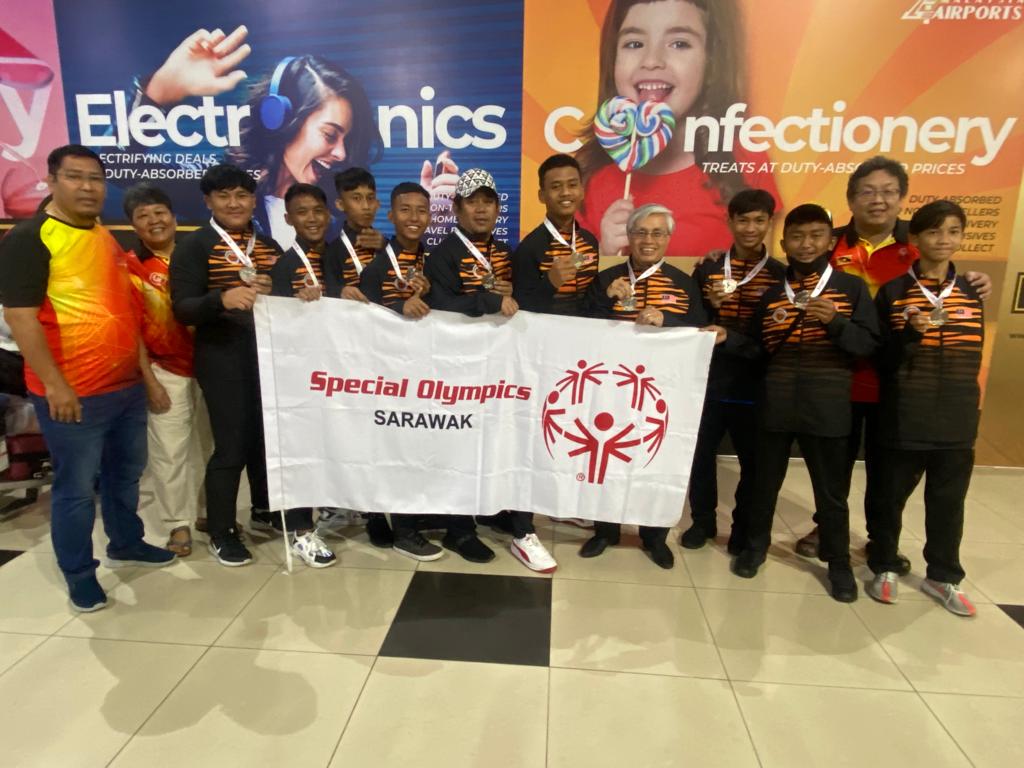 KUCHING (Nov 17): The team from the Kuching Chapter of Sarawak Special Olympics staged a commendable performance at the SEA Cup Unified Football tournament, held in in Bangkok, Thailand from Nov 13 to 15.

The charges of University of Technology Sarawak (UTS) vice-chancellor/president Prof Datuk Dr Khairuddin Ab Hamid went all out in the final match against Thailand A, but lost to the hosts 0-4.

Other participating teams were Singapore, Indonesia, Laos, Cambodia and Vietnam.

“I am so happy with their achievements. They finished second among seven countries … I am so proud of them.

“I would like to say a very big ‘Thank You’ to Coach Badrol (Hisham Majid) who has worked hard in getting the players in good shape through practice almost every day and intensive training every weekend since September,” Sarawak Special Olympics Kuching Chapter president Datin Dayang Mariani Abang Zain told The Borneo Post here.

“We’re also very thankful to the team manager (Dr Khairuddin) who, over the past one month, has helped finance the team before any other funding was released.

“Not forgetting the parents for their solid commitment, having sent their children to us. We want to show that being intellectually-challenged cannot stop anyone from excelling in sports,” she added.

Dr Khairuddin, in his remarks, was very proud over the performance of his charges, saying that they had brought glory not only to Kuching and Sarawak, but to the country as well.

“This is a very good experience for them, as it is their first international exposure.

“We are very grateful for the support from the Ministry of Women, Childhood and Community Wellbeing Development – specifically its minister Dato Sri Fatimah Abdullah, who is also Sarawak Special Olympics president; the Ministry of Youth and Sports for providing the national ‘Harimau Malaysia’ track suits and T-shirts for the team; and not forgetting, all those who have contributed to our success,” he said when met at Kuching International Airport (KIA) together with his team on Wednesday evening.

According to Dr Khairuddin, the tournament was called ‘unified football’ because each team of five players was a combination of three individuals with special needs and two able-bodied players.