Monday, January 30
You are at:Home»World»6.9-magnitude quake strikes off western Indonesia
For the freshest news, join The Borneo Post's Telegram Channel and The Borneo Post on Newswav. 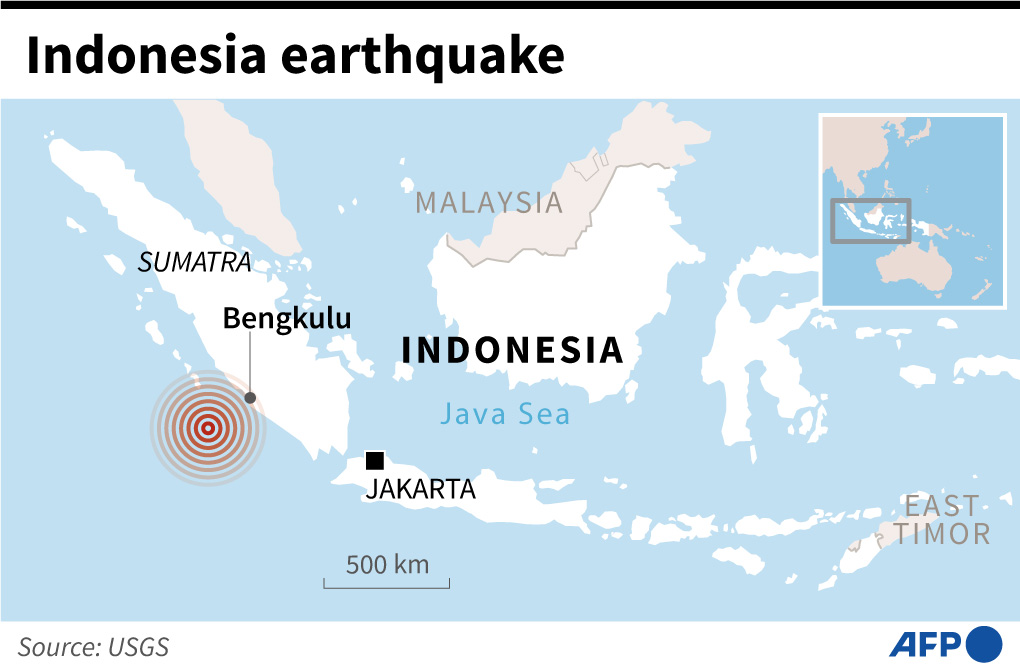 JAKARTA (Nov 18): A 6.9-magnitude earthquake struck off western Indonesia this evening, the United States Geological Survey said, but there were no immediate reports of damage.

The Indian Ocean Tsunami Warning and Mitigation System (IOTWMS) in India said the quake may be capable of generating a tsunami affecting the Indian Ocean region “based on historical data and tsunami modelling”.

“IOTWMS-TSP INDIA will monitor the situation to determine if a tsunami was generated and will issue further bulletins as information becomes available,” it said in an emailed warning.

But the IOTWMS in Indonesia said on their website there was “no tsunami threat”.

The epicentre was placed near the small outlying island of Enggano.

Residents in Bengkulu reached by AFP did not feel the quake or said it was felt weakly.

“Strangely I did not feel anything at all. I was still outside, talking to my neighbour and we were not aware there was an earthquake at all,” Hendri Tasparillo, 34, told AFP.

Indonesia experiences frequent earthquakes due to its position on the Pacific “Ring of Fire”, an arc of intense seismic activity where tectonic plates collide that stretches from Japan through Southeast Asia and across the Pacific basin.