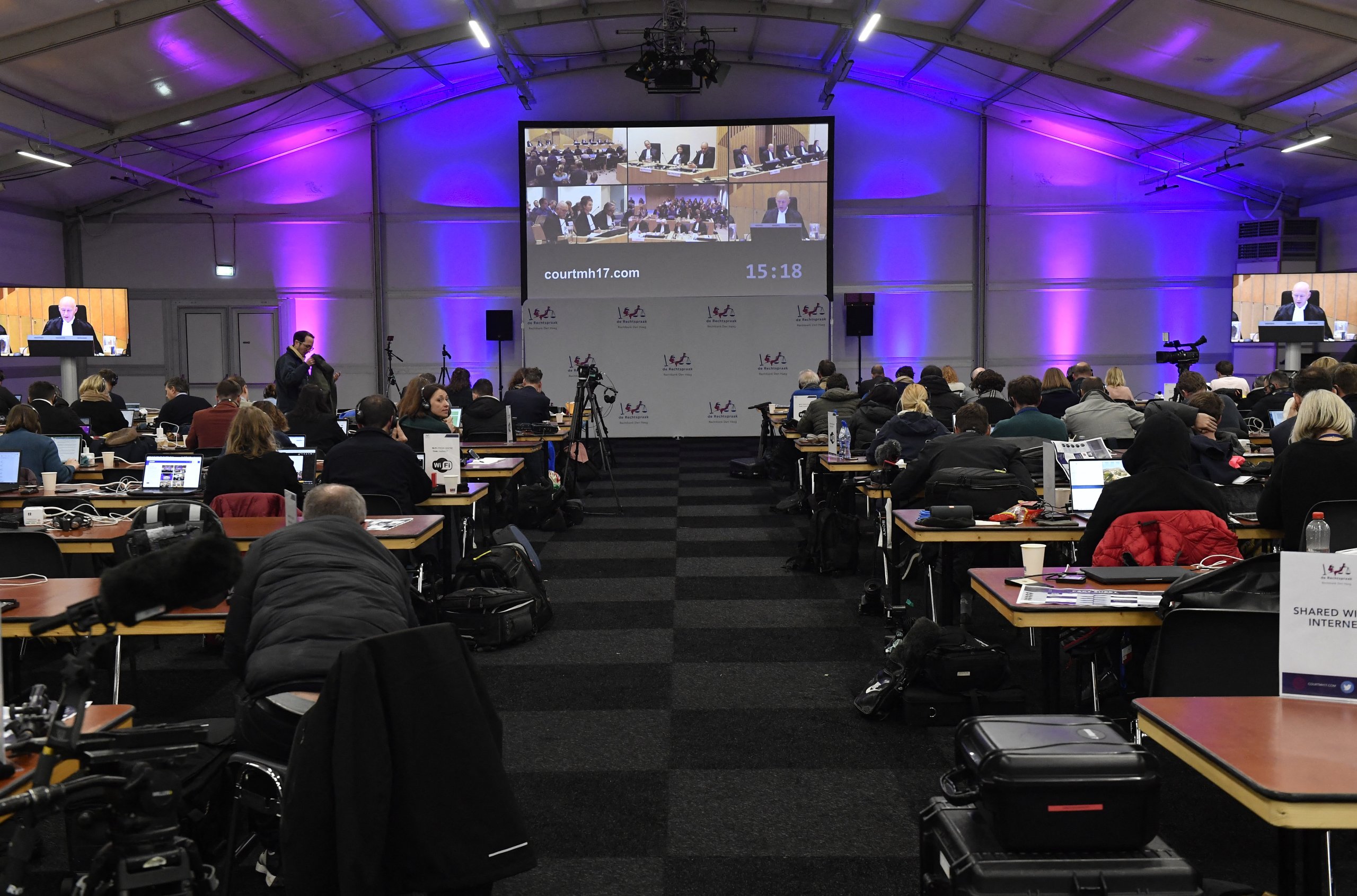 Journalists follow the on-screen trial of four men prosecuted for their involvement in the MH17 downing case, at the temporary press center at the Schiphol Airport Judicial complex in Badhoevedorp on Nov 17, 2022. — AFP photo

A Dutch court on Thursday sentenced three men to life imprisonment over the 2014 downing of the Malaysia Airlines flight over Ukraine.

Russians Igor Girkin and Sergei Dubinsky and Ukrainian Leonid Kharchenko were found guilty in absentia of shooting down the Boeing 777 with a Russian-supplied missile, killing all 298 passengers on board.

“We call on Russia to surrender those convicted so they may face the court’s sentence for their heinous crimes,” she told reporters.

“No amount of avoidance, obfuscating, or disinformation from the Russian Federation can avoid that fact.”

Wong said Russia’s refusal to hand over the men was ultimately a damning indictment on Putin’s character.

“We would say to Russia the world knows that you’re harbouring murderers and that says something about you Mr Putin,” she later told national broadcaster ABC.

Prime Minister Anthony Albanese, speaking on the sidelines of the APEC summit in Bangkok, said Russia should hand over the perpetrators of “this atrocious act of terrorism”.

“Our thoughts today are with the families and friends who lost loved ones in that atrocity,” he told reporters.

“We call upon Russia to hand over, for justice, the people who were involved and who were found guilty in absentia.”

Moscow has shrugged off the verdict as politically motivated, while Ukraine’s President Volodymyr Zelensky — battling a full-scale Russian invasion after years of low-level fighting in the east — has praised it as “important”.

The trial represents the end of a long search for justice for the victims of the disaster, who came from 10 countries, including 196 Dutch, 43 Malaysians and 38 Australian residents. — AFP