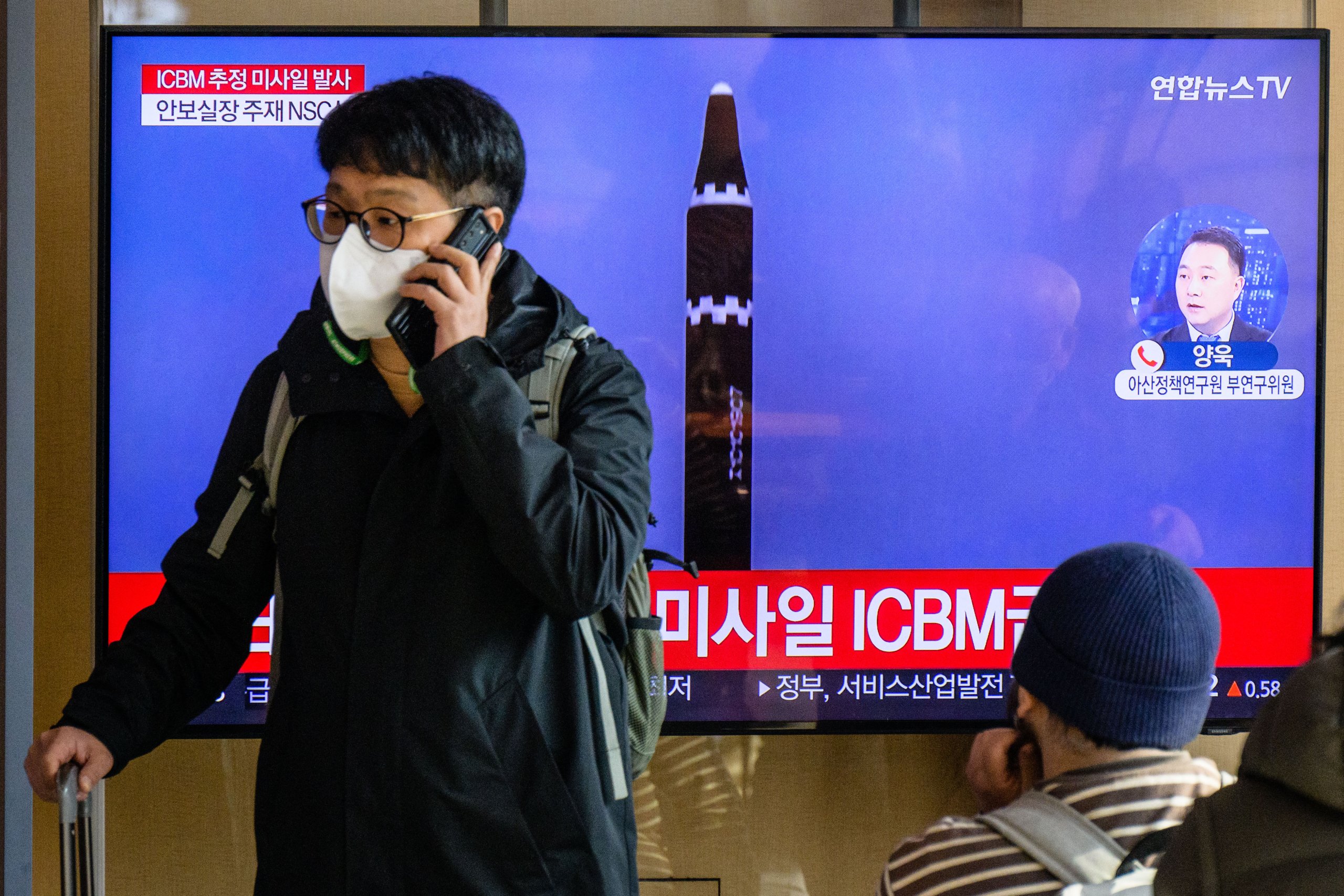 A man walks past a television showing a news broadcast with file footage of a North Korean missile test, at a railway station in Seoul on Nov 18, 2022. — AFP photo

Kishida called the launch “absolutely unacceptable”, saying there had been no reports of damage to ships or aircraft.

“The ballistic missile launched by North Korea is believed to have landed in our EEZ (exclusive economic zone) west of Hokkaido,” Kishida told reporters in Bangkok, where he is attending a regional summit.

The EEZ extends up to 200 nautical miles from Japan’s coastline, beyond the limits of its territorial waters. The Japanese defence ministry had earlier said the missile was “ICBM-class”.

It was North Korea’s second launch in two days, as the isolated state continues a record-breaking blitz that has sent fears of a nuclear test soaring.

“We made a stern protest to North Korea. They’re repeating provocative actions with unprecedented frequency. We strongly state again that this is absolutely unacceptable,” Kishida said.

“Japan, the US and South Korea must coordinate closely to work toward the complete denuclearisation of North Korea,” he added.

On Thursday evening, Kishida said he had expressed “serious concerns” to Chinese President Xi Jinping on security issues including North Korea after the two leaders held their first face-to-face talks.

“On North Korea, I expressed our expectation that China will play a role, including in the UN security council,” Kishida told reporters after Thursday’s talks with Xi on the sidelines of the Asia-Pacific Economic Cooperation (APEC) forum in Thailand. — AFP