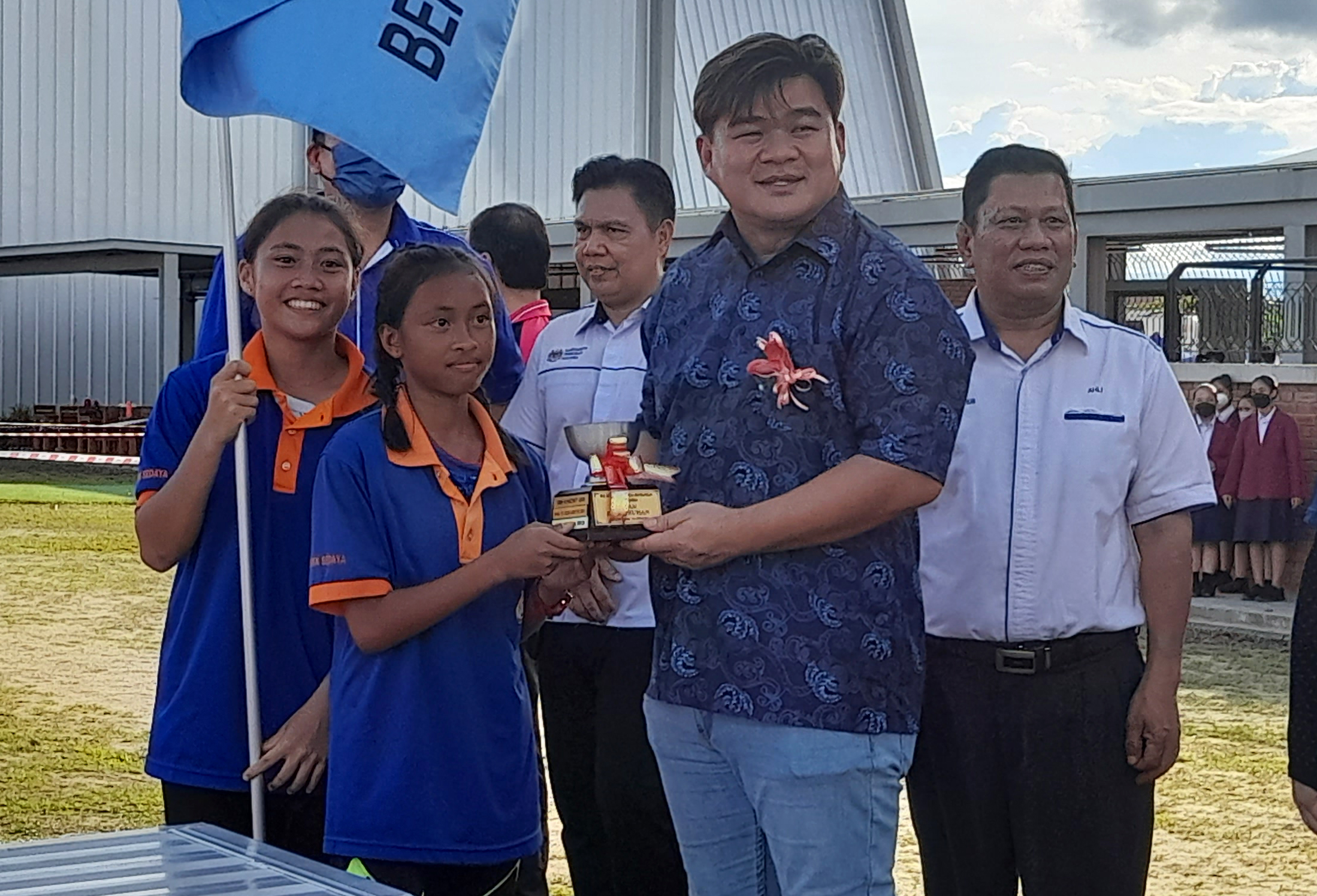 Councillor Ling Hua Wee of Sibu Municipal Council presents a trophy to one of the top athletes. — Photo by Conny Banji

SMK Sacred Heart’s Alexson Dawin Simon smashed the old record of 28.99 seconds in the Boys Under-13 200m Hurdles with his feat of 28.6 seconds.

Wattica Ismail from SMK Sedaya in Kanowit clocked 12.8 seconds in the Girls Age 14 100m, erasing the old record of 12.99 seconds.

Limusimai Uchat of SMK Durin (Sibu) threw the javelin to a record distance of 20.20m, which overthrew the old mark of 20.11m in the Girls Under-13 category.

The next record-breaker was Ann Jolyn Robert of SMK Methodist (Sibu) in the Girls Under-17 shot put event, where she reset the previous record of 8.99m to 9.67m.

Placing respective first and second runners-up were MSSR Zon Luar Bandar A with 156.5 points, and MSSR Zon Selangau with 81 points.

In the secondary school category, SMK Sedaya came out tops with 438.5 points, followed by SMK Sibu Jaya with 348 points, and SMK Saint Elizabeth with 207 points.

The two-day tournament gathered a total of 994 athletes from four primary schools and 26 secondary school contingents representing urban, suburban and rural zones of this division.

They all took part in 20 events.