Friday, December 2
You are at:Home»Business»APEC: M’sia encourages set up of collaborative platform 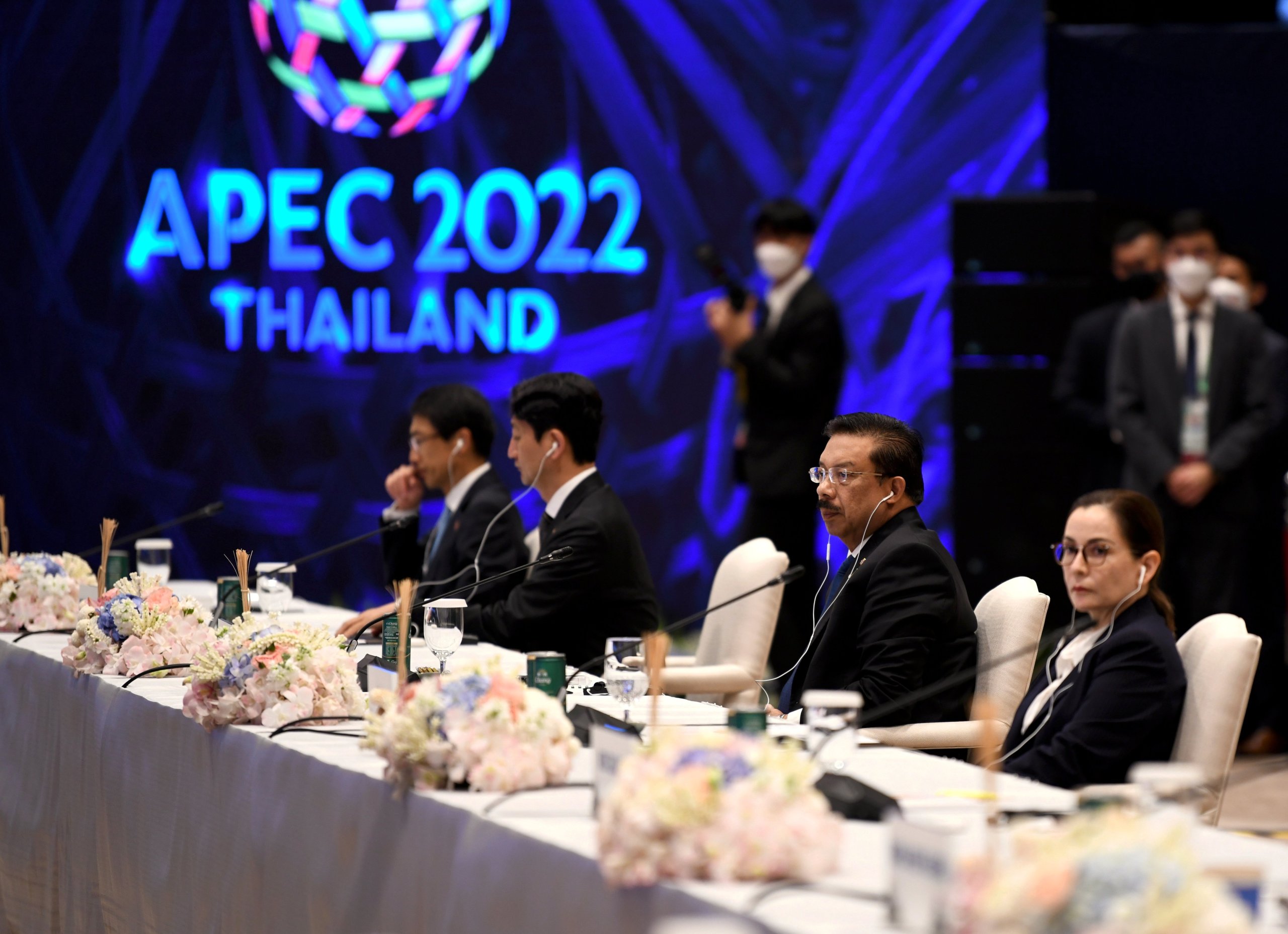 Mohd Zuki (second, right) who is in his capacity as the Special Representative of the Prime Minister attending the APEC Leaders’ Informal Dialogue with Guests at the Queen Sirikit National Convention Centre in Bangkok, Thailand. — Bernama photo

Chief Secretary to the Government Tan Sri Mohd Zuki Ali said MSMEs, the backbone of most APEC economies, representing an estimated 95 per cent of global businesses and account for some 60 per cent of employment across economies at all levels of development, is the region’s growth engine.

However, he said the Covid-pandemic has caused MSMEs to operate under tight cash flow conditions.

“In this regard, Malaysia wishes to underscore the importance of APEC Business Advisory Council’s (ABAC) recommendations to the leaders and encourage APEC economies to consider the establishment of a collaborative platform that brings together public and private sector stakeholders to explore tangible solutions,” he said.

Mohd Zuki who is in his capacity as the Special Representative of the Prime Minister delivered his intervention notes at the 29th APEC Economic Leaders’ Meeting (AELM): Retreat Session 2: Sustainable Trade and Investment here.

To achieve a dynamic and interconnected regional economy as envisioned by APEC Putrajaya Vision 2040, Mohd Zuki said a strong foundation for growth, ably supported by competitive economic players, including and particularly MSMEs is vital.

From a policy perspective, he said APEC could identify specific solutions for key challenges faced by MSMEs through enhanced trade facilitation measures, meaningful inclusion in regulatory development and alignment, as well as better access to finance and cross-border payments.

As a regional economic cooperation forum that also doubles up as an incubator of ideas, Mohd Zuki said APEC is strategically positioned to not only complement the ongoing work undertaken at the World Trade Organisation (WTO), but also explore and develop MSMEs-related initiatives that go beyond the ambit of the multilateral trading system.

He said APEC remains the vanguard for exploratory ideas and a test-bed for pathfinder initiatives, encompassing many areas of deep interest to MSMEs, such as digitalisation, trade facilitation and supply chain resilience.

“It must also be underscored that these are also areas of discussions within APEC that have evolved and matured, progressing well beyond the current state of play at the WTO,” he added.

Mohd Zuki said novel ideas and initiatives are of utmost importance to MSMEs, not least due to the fact that such proposals can often be translated into policy-based solutions that ensure the continuity and resilience of their business operations.

Under the chairmanship of Thailand and guided by the theme “Open. Connect. Balance”, APEC Economic Leaders’ Week, the group’s first in-person summit in four years, is held from November 14 to 19 at the Queen Sirikit National Convention Centre in Bangkok. — Bernama