Wednesday, December 7
You are at:Home»Features»Miri Country Music Fest 2022 out to exceed expectations 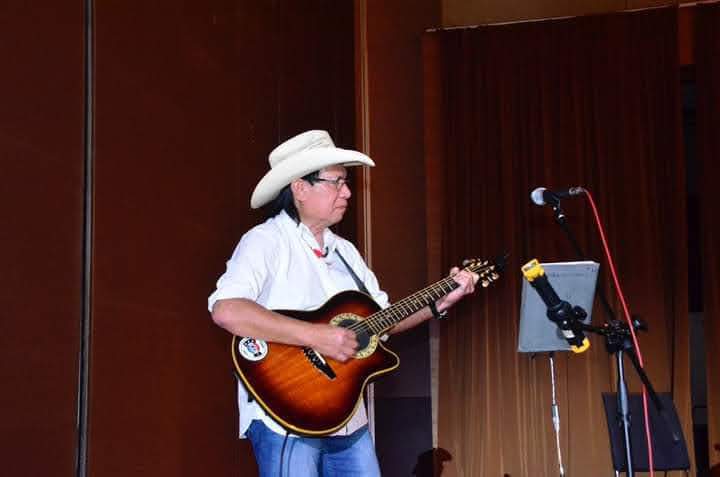 THIS year’s Miri Country Music Festival (MCMF) is expected to welcome more lovers of this genre from all across Asean, and as far as India, Australia and the UK.

It might even surpass the target of 2,000 spectators set by the organiser, as stated by Minister of Tourism, Creative Industry and Performing Arts Dato Sri Abdul Karim Rahman Hamzah during a press conference on MCMF 2022 here last month.

“Ever since our borders reopened this year, our music festivals – two in Kuching, and one in Sibu – the crowds either doubled or tripled the targeted number, and I believe it will be much bigger also for Miri,” the minister was quoted as having said at the promotional event. 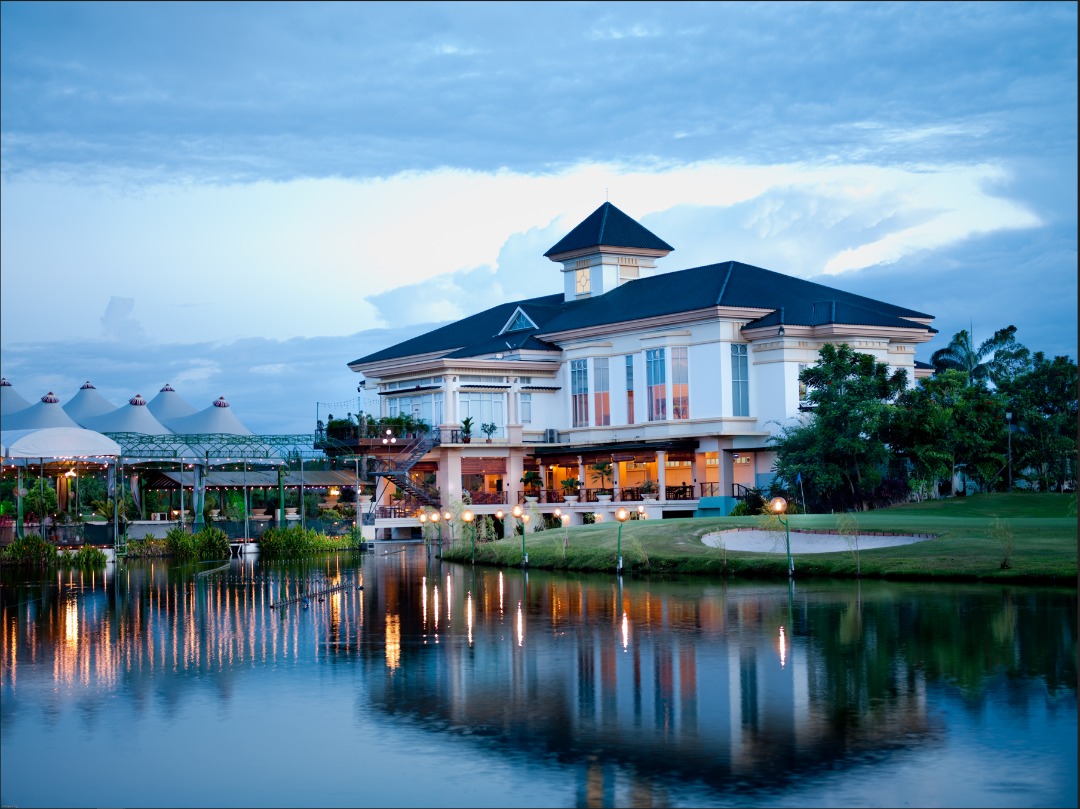 For MCMF 2022, fans should be excited to see that the festival site at Eastwood Valley Golf and Country Club Miri will have a bigger standing room with lots of space around the main building. — Photo by William Ting

Happening this Nov 25 and 26, the MCMF will be staged at Eastwood Valley Golf and Country Club here and moreover, it will also host the ‘MCMF Golf Tournament 2022’ that offers not only grand prizes, but also a fun time to avid golfers during the day, and a joyous evening as they get to enjoy country music performances by a superb line-up of featured bands and singers.

For this edition, the organiser will also highlight ‘The Buku Project’ – the festival’s corporate social responsibility (CSR) initiative run in collaboration with an international institution in Miri, the Knewton Global Schools.

According to MCMF founder Gracie Geikie, the project is themed ‘One Book For Life’, and it highlights the importance of education that can be supported through music festivals.

“Under this project, pre-loved books will be collected from members of the public, festival-goers and also MCMF performers to be sorted and later, sent to two rural schools, in Long lama and Long Latei, after the festival,” she said. 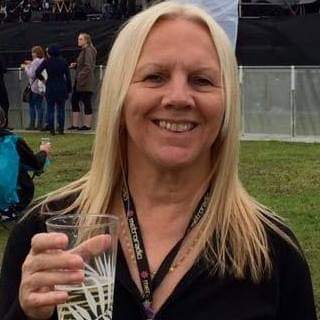 Lesley Tan, a long-time supporter of the festival, hails the ‘Buku Project’ as ‘an excellent undertaking’ and she is all out supportive of it.

“I have already donated hundreds of books to the project, which I think is an excellent project.

“It’s great that these books would be sent to two needy schools in the ‘ulu’ (remote pockets),” she told the writer.

Tan, a long-time resident of Miri, is now a ‘MCMF Ambassador – a special honour given to those few who have been solidly supportive of the festival throughout the years. 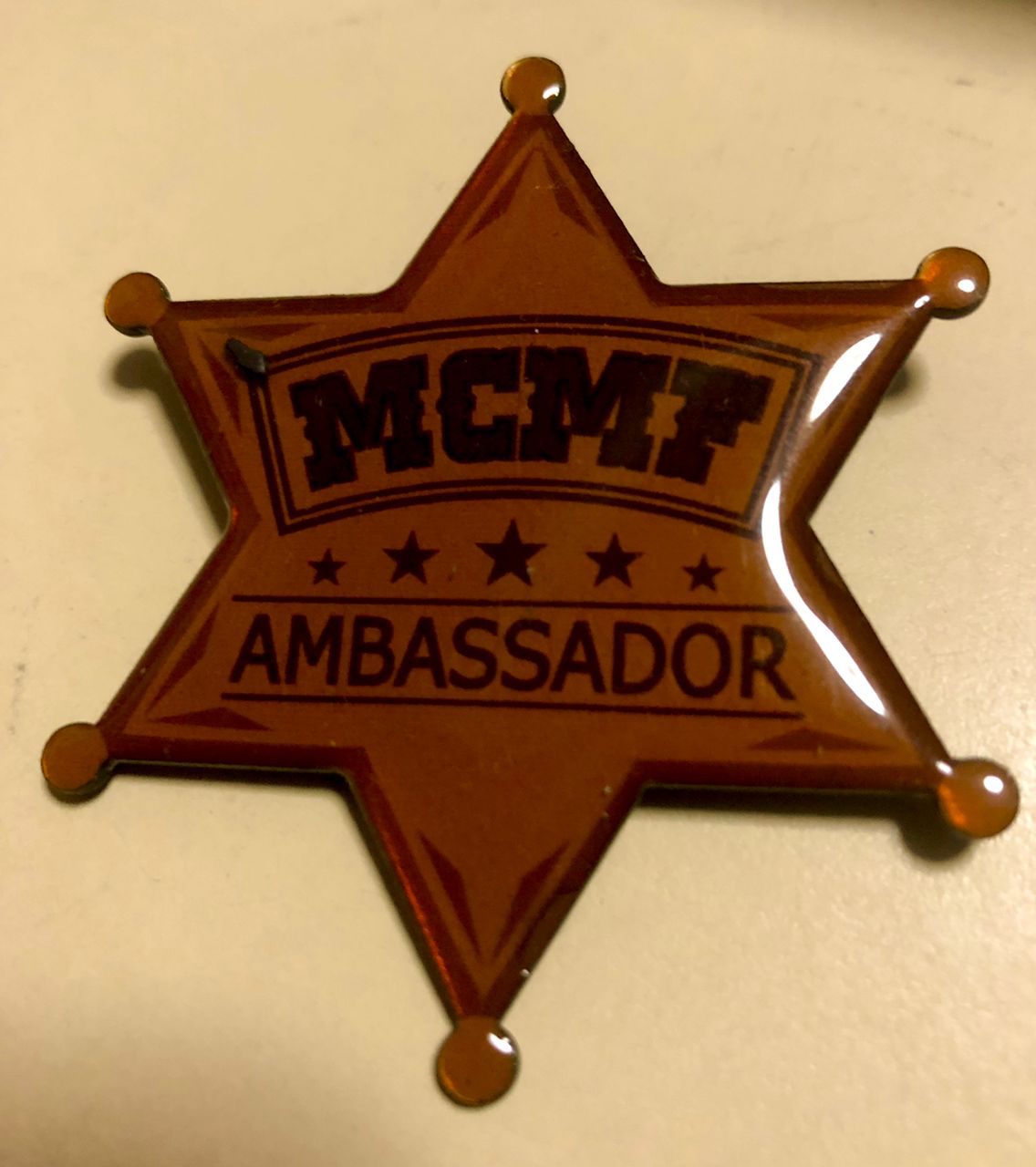 The ‘MCMF Ambassador’ badge given to only a handful of long-time faithful followers and participants of the festival.

“I have been a lover of music, of all genres, all my life, and I love taking part in music festivals in both Malaysia and North East England.

“I have seen the music industry move from rock n’ roll to pop,” she said.

On MCMF 2022, Tan said it would even more thrilling than the past editions, in view of the current period still recovering from the Covid-19 pandemic.

“We’re slowly emerging out from the nightmare that was Covid-19.

“Unless you’ve been to one of the festivals, you’d never know how excellent they are.” 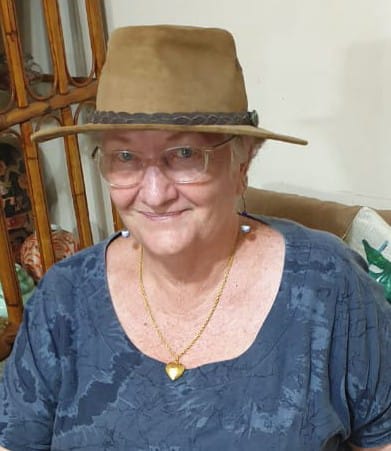 For Lesley Linggod, she has always enjoyed country music festivals and she is sure not going to miss out on MCMF 2022.

“I love the atmosphere – fans of Country N’ Western from all over Sarawak, Brunei and even further afield coming together; everyone dressed in checked shirts, jeans, boots and most prominently, their own style of cowboy hats, be they of leather, felt or straw weave.

“People would also be excited to show their line-dancing skills – including our very own ‘Poco Poco’,” she said, adding that her late husband Julius Linggod was a big fan of country music.

“We always tried to make it to the Parkcity Everly Hotel Miri (past MCMF venue) for the festival in the past.

“I have great memories of us two listening to the popular Blues Gang back in 2014, in particular.

“This year, I will be attending the MCMF alone, but I’ll be wearing his favourite cowboy hat,” she said.

Lesley believed that the choice of Miri as the stage for the MCMF could be attributed to the large population of expatriates in the city.

“This community follows international music and of course, we have our own local bands who play good Country N’ Western music. The bands from Bario are always a big hit.

“After a few quiet years, this one will be a fantastic festival.

“I am looking forward to all the feet-tapping to the beats of my favourite songs playing.”

Talents from ‘The Highlands’

As said by Lesley, many great country music performers in Sarawak are from ‘The Highlands’.

They are known for their impressive vocal harmonisation, with the majority of them also playing stringed instruments like the guitar, the fiddle and the banjo.

Raymond Sului has been playing guitar since school. This, plus a good singing voice, has earned him quite a big following – many of his fans have been with him since his younger days.

Born and raised in Bario, the retired teacher’s first guitar was a homemade instrument – a plain one made from pieces of planks, with nylon fishing lines for the strings.

“Later on, I saw students coming back from the schools in town, bringing along with them the real acoustic and electric guitars.

“The first sound of those real guitars had that immediate ‘wow’ effect on me.”

Raymond said growing up in rural Sarawak, he could not afford to buy a guitar at the time.

“My friend and I had to borrow guitars for our sessions. This friend became my guitar ‘sifu’ then. I didn’t have any formal music lesson then – everything was by ear.”

Raymond was 15 when his father bought him his first acoustic guitar, but he only began formal music education upon entering the Teachers Training College Batu Lintang Campus in Kuching, where he took Music as major.

“Thus I became a teacher specialising in music. My first posting was at Marudi Secondary School, where I played in the staff band. Later, I formed the Country Road Band in 1984 following my transfer to Bakong.” 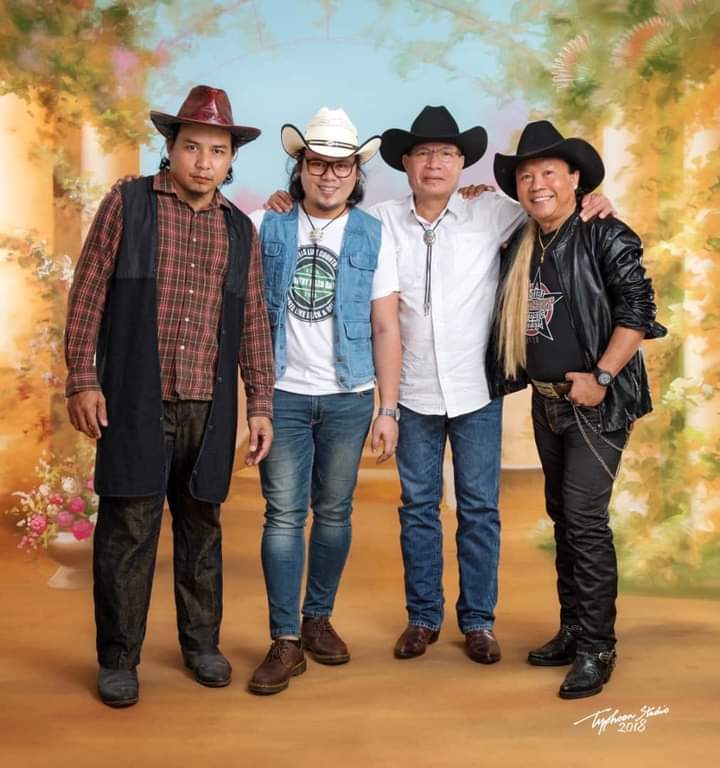 Raymond has been leading the band since, but many members have come and go due to career changes and also them being transferred to other parts of Sarawak.

For MCMF 2022, the Country Road Band has the support from Tony Unja, drummer Nikezuandi Edris and guitarist Firdaus Dedeaq, with Tony Sigiyanto joining as a backup musician.

“I’m glad that country music continues to shine in Miri, and made even more well-known through this festival,” said Raymond, who is also a ‘MCMF Ambassador’.

For Tony Unja, he said he and band-mate Raymond have been invited to so many music festivals that they could not even remember the number and the places of the events that they have performed at.

Tony was born in Ulu Limbang and just like Raymond, he started playing the guitar from a very young age.

“I was in the Limbang School Band and later, I joined the Teachers Training College Band.

“When I came to teach in Miri, I joined Raymond’s band,” said the bassist and vocalist. 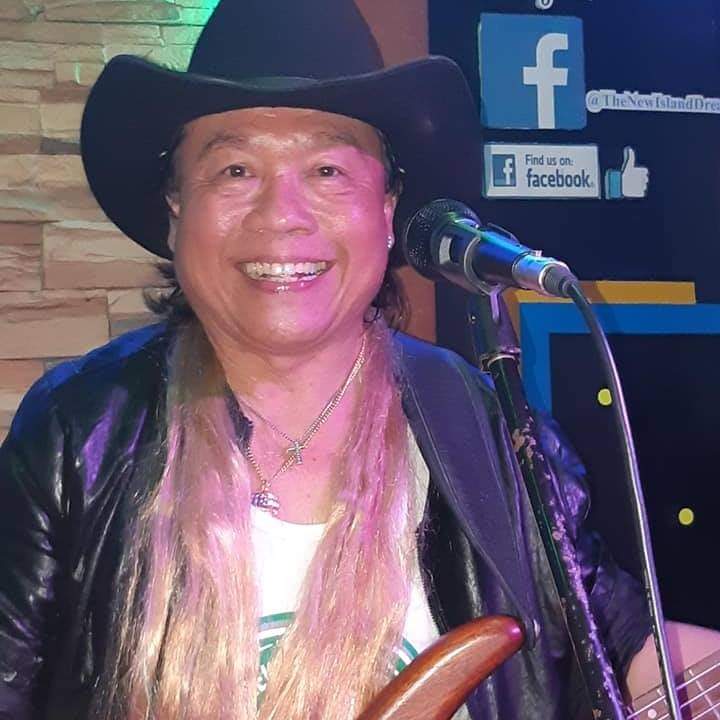 Tony Unja, the vocalist and bassist for the Country Road Band.

Tony Unja said it was not enough that the band played country music; they knew that the ‘cowboy look’ must accompany their act as well.

“We go all out with the must-have ensemble – the signature checked shirt, complete with the hat and the boots.

“I’m glad to have been able to buy a really good cowboy hat many years ago, and I love buying real leather cowboy boots.

“Most importantly, I purchased a really good guitar recently from Indonesia. Both Raymond and I love playing on our own guitars, be they classical or electric.

“The guitar is such a superb instrument – it can be easily carried from one place to another, from the city to the most ‘ulu’ (remote) places in Sarawak.

“It goes without saying that the guitar is the iconic instrument of country music – everyone can identify with that.”

Adding on, Tony Unja said he and other musicians here suffered a great deal during the height of the pandemic.

“Pubs and other music venues in Miri were closed for more than a year. Many of my musician friends did not have permanent jobs and during the pandemic, they faced financial problems, job insecurities and even anxiety.

“That’s why I’m beyond glad to be a part of MCMF 2022. We all hope that it would bring back the spark into our lives.

“Let the music live on and give us inspiration to live,” he said.

Gracie was instrumental in the establishment of the MCMF, the first country music festival in Malaysia, in 2014.

“In actuality, Miri is the proud owner of the MCMF. The city has become world-famous, thanks to it.”

She said for this edition, the fans should be excited to see that the festival site at Eastwood Valley Golf and Country Club Miri would provide bigger standing room with lots of space around the main building.

“The parking space is plentiful too, which is a plus factor,” she said.

Gracie added that popular radio personality, Jennifer Lau, would be the emcee for the two-day event.

“She loves country music. She had been producing and hosting country music shows for the English radio service of Radio Televisyen Malaysia (RTM) Sarawak since the 1980s, before switching to Red FM.

“Her shows probably have been a great influence on many listeners over the years, making them love country music as well,” said Gracie.