Sunday, November 27
You are at:Home»News»Nation»Anwar: Police right to act against anyone who threatens public order 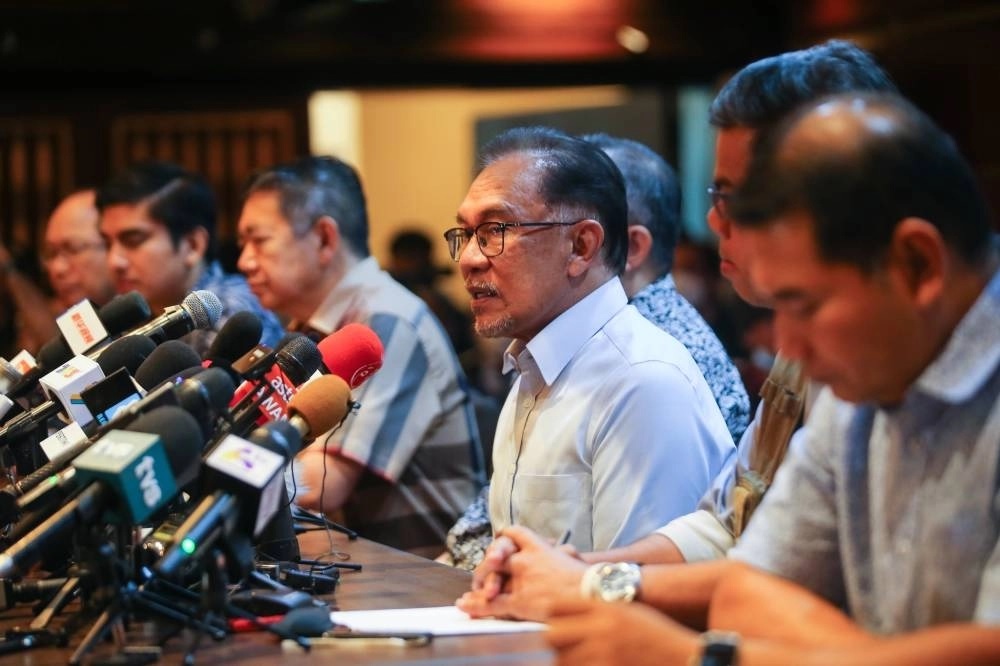 KUALA LUMPUR (Nov 22): Datuk Seri Anwar Ibrahim said he supports all efforts by the police to quell any attempt to cause trouble and trigger disharmony in Malaysia.

In a Facebook statement posted in the early hours of this morning, the Pakatan Harapan (PH) chairman also reminded “desperate and selfish parties” not to fan the flames of chaos at this critical time for the country.

“I am concerned to see a handful of desperate and selfish parties fanning the flames of racist sentiment and rhetoric at a crucial time like this.

“Efforts and endeavours to establish a government that is responsible and stable should not end in chaos because the Malays, Chinese, Indians, Orang Asli, Sabah and Sarawak tribes are part of the brotherhood of humanity and Malaysians that love peace.

“I very much welcome the stern statement by Inspector-General of Police Tan Sri Acryl Sani Abdullah Sani in seeking to stop any development that could threaten the unity of Malaysia,” he said in the brief statement.

Acryl Sani said the police had found social media content with racial or religious sentiments and insults towards the royal institution in apparent reaction to the inconclusive 15th general election (GE15) results and ongoing efforts to form a government.

“PDRM, in calling for restraint, is warning social media users to refrain from abusing the platform to spread provocative content that may cause public alarm.

“Strict action under the Communications and Multimedia Commission Act 1998, (and also) the Sedition Act and Penal Code will be used against any party trying to create a situation that threatens public safety and order,” he said in a statement tonight.

The 15th general election ended on Saturday with both the PH and Perikatan Nasional coalitions claiming to have enough numbers in the 222-seat Parliament to form government.

PH currently has 82 seats while PN has 73. The Barisan Nasional coalition, which had pushed for national polls to be held this year ahead of the GE14 expiry next year, only garnered 30 seats.

The Yang di-Pertuan Agong has given prospective prime minister candidates a revised deadline of 2pm today to prove that they have a majority. — Malay Mail