Wednesday, December 7
You are at:Home»World»‘I was crushed’: Fear and panic grip Indonesian town battered by quake 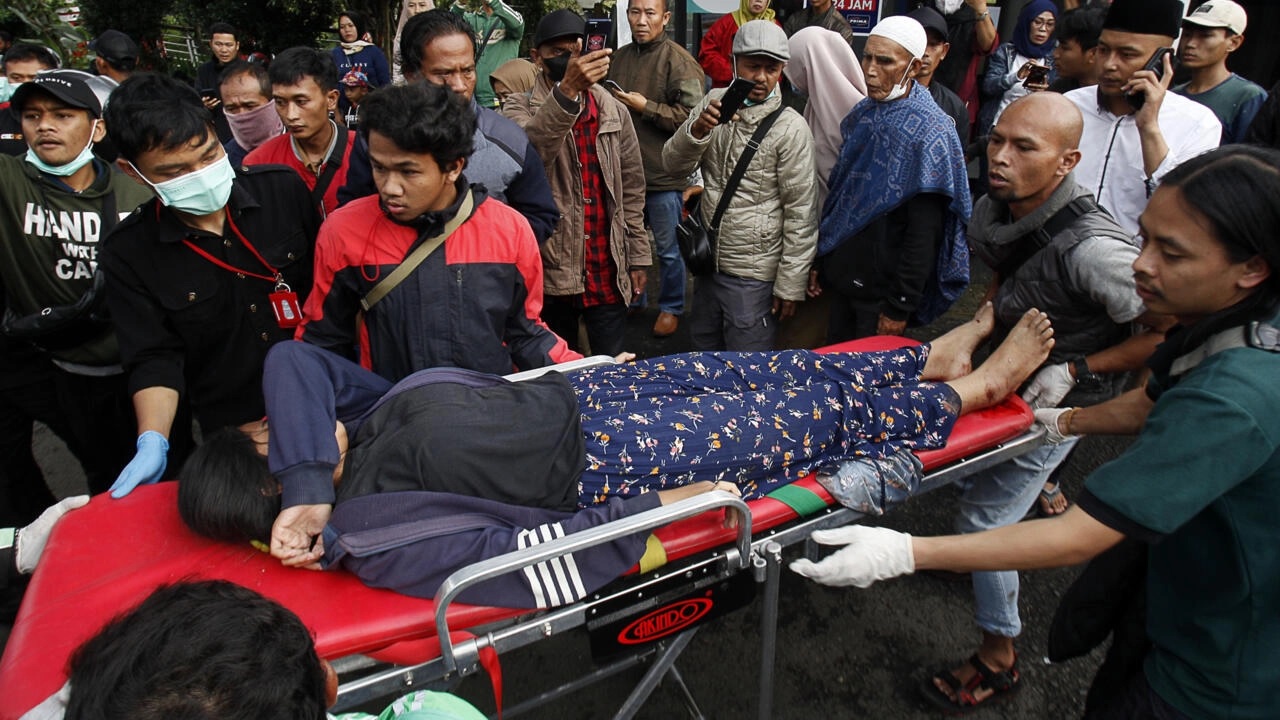 People evacuate a wounded woman on a stretcher following a landslide triggered by earthquake in Cianjur. — AFP photo

CIANJUR (Nov 22): Surrounded by chaos, panicked residents still filled the streets and hospitals of a West Javan town on Monday hours after a quake killed at least 62 people and injured hundreds more.

Agus Azhari, 19, was with his mother in their family home when the living room was destroyed within seconds by the quake that was centred on West Java’s Cianjur, the worst-hit town.

Parts of the walls and roof fell to the floor, along with cupboards and other debris that hit his legs and hands.

“I couldn’t see anything. The dust from the debris blocked my sight for a while,” Azhari told AFP. He said he had never experienced an earthquake like it before.

The Indonesian teen shared a video in which his 56-year-old mother screams, “Lord have mercy! My house!” as their home shook.

“I pulled my mother’s hand and we ran outside,” he said. “I heard people screaming for help from all around me.”

The shallow tremor, with a magnitude of 5.6, brought down the roofs and walls of homes built on the town’s hilly landscape. Many were made more vulnerable by the use of wood, mud and concrete in their construction.

Emergency workers raced to treat victims in any outdoor space possible, with the town’s three hospitals overwhelmed and not enough rooms to cope with an injury toll of 700.

At least 25 people were still trapped in the rubble, authorities said.

Some of the injured sat on stretchers or blankets with their heads and limbs bandaged. Elderly women sat in wheelchairs waiting to be treated as crowds of worried bystanders looked on.

At another hospital, Cimacan, victims arrived covered in blood while parents looked for missing children.

Several injured elderly women were taken on stretchers into makeshift green tents erected outside the hospital.

People ran to resuscitate victims in the immediate aftermath of the quake, while others fled their homes for safety.

Dozens of aftershocks shook the town for minutes that, for rattled locals, seemed like hours.

The province’s governor said some of the injured needed their heads and feet stitched back together from wounds sustained by the debris falling around them.

Landslides around the town buried bodies, and bulldozers were mobilised to reopen roads.

A woman and a baby were pulled alive from the rubble, while others lost their lives nearby.

Oman, a 55-year-old who, like most Indonesians goes by one name, was making fried rice in a village near Cianjur when his house started to sway.

“All of a sudden I was crushed beneath it. I could do nothing in the rubble. My wife was outside at the time,” he said.

His feet, legs and hands were squeezed in the ruins but his son arrived to pull him free, emerging with only a broken leg and a bloodied body.

“I did not know where to go but at least I am alive,” Oman said.

The search for survivors was set to last well  into the night as survivors reckoned with the carnage of lost homes and relatives.

“My mother looked at her house and she cried,” Azhari said.

The governor of the worst-hit province and a local official said the death toll from an earthquake on Indonesia’s main island of Java on Monday had jumped to 162.

“I regret to inform that 162 are dead,” West Java governor Ridwan Kamil said in a video seen by AFP.

Adam, the spokesman for the local administration in Cianjur town in West Java, who like many Indonesians goes by one name, confirmed the toll to AFP.