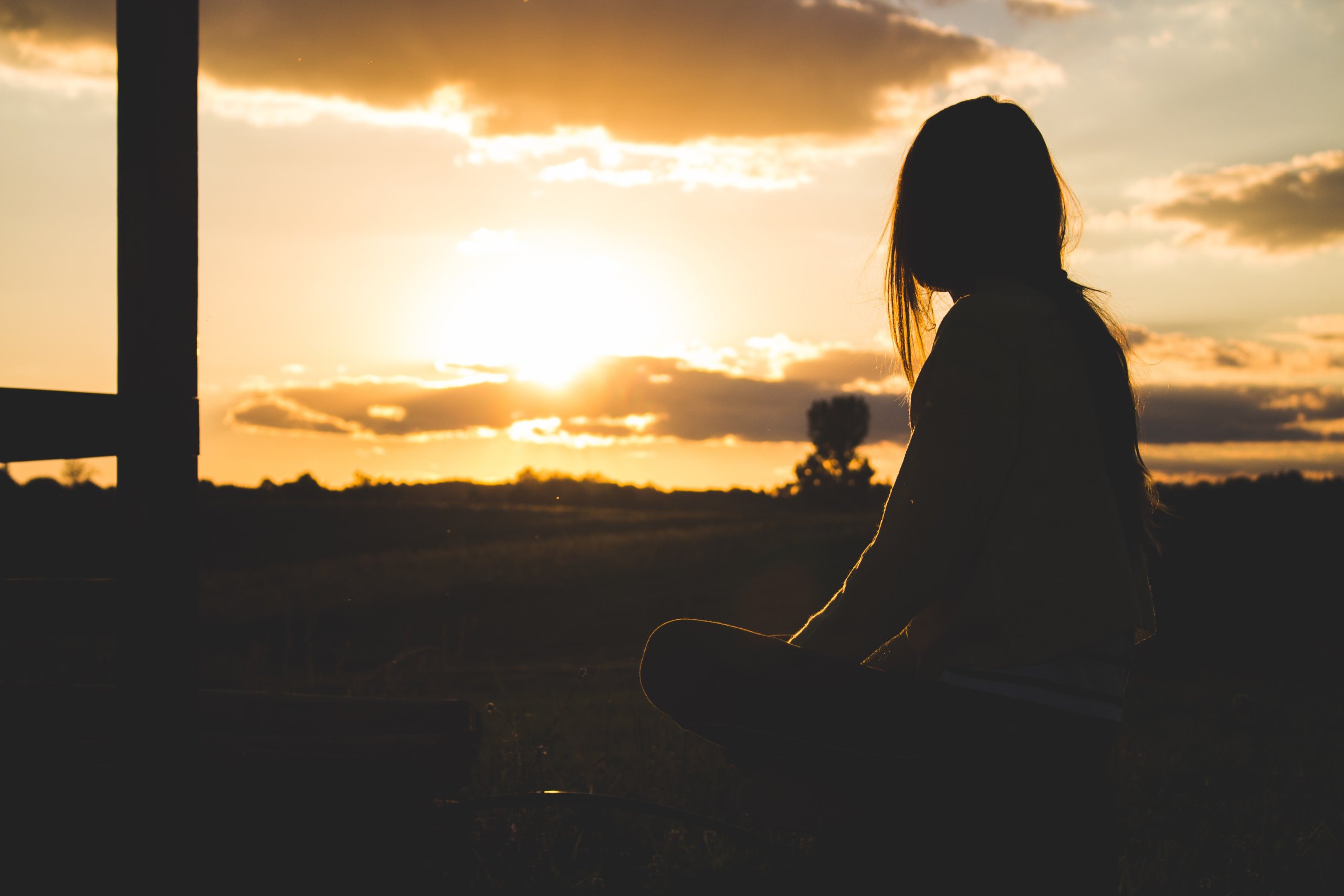 Photo for illustration purposes only. — Photo by Vlad Bagacian/Pexels

KUALA LUMPUR (Nov 22): Dr Zaireeni Azmi remembers all too well what happened on a bus ride in Terengganu when she was 17 years old more than two decades ago.

“The bus was really full and crowded. And this pakcik actually, he leaned towards me … he kept following me and pushing towards me,” she told Bernama.

When she finally got a seat, he was standing next to her. She felt the old man bumping into her several times but did not think anything was amiss, deciding the contact was due to the movement of the bus.

She felt violated. Worse, she was stuck with the scarf.

“I was (from) B40 (low-income household), so I couldn’t afford to throw it out,” she explained. Instead, she went to a public toilet and washed it.

The semen may be gone but the disgust stays till today.

What Zaireeni – now a senior lecturer of gender studies at Universiti Sains Malaysia – experienced falls under the definition of physical sexual harassment. Other forms of sexual harassment are verbal (such as lewd remarks, sexual jokes and personal questions), gestural (unwanted leering and flashing), visual (lewd photos and images), psychological (repeated and unwanted attention and offers) and online (sending unwanted sexual advances and photos through the Internet).

But many people still do not understand what sexual harassment actually is or even how important it is in the scheme of things. And even though the new Anti-Sexual Harassment Act 2021 is a step in the right direction, it is unlikely to provide victims with as much protection as they deserve, not without some deep cultural changes.

Former Women, Family and Community Development Minister Datuk Seri Rina Harun, while tabling the Anti-Sexual Harassment Bill 2021 in the Dewan Rakyat for its first reading in December 2021, called sexual harassment a violation of human rights and a gender-based act of violence.

Other types of gender-based violence include domestic violence, rape, forced and child marriages and human trafficking, according to the All Women’s Action Society.

The Anti-Sexual Harassment Bill was passed by Parliament in July this year.

The law also has a less stringent test to reach a legal conclusion, requiring it to be based on a balance of probabilities instead of beyond reasonable doubt.

Dinatra hoped this will encourage more victims to come forward, which in turn will create a safer environment for all.

Activists and experts say gender-based violence prevents women from participating in public life, which in turn affects society and the country’s well-being. Research has found that a low female labour participation rate (LFPR) drags down wages for all, for example, and low female political participation reduces economic growth.

In Malaysia, while women have surpassed men in attaining education and are almost at parity with men in terms of healthcare access, they lag behind in LFPR and political power, according to the Department of Statistics Malaysia.

Experts blame gender-based issues on patriarchal gender norms and unequal power distribution which have given rise to a culture of victim blaming.

Zaireeni said sexual harassment is one of the ways for men to exert their power over women, knowing society will not punish them easily.

“Sexual harassment is about power,” she said.

Unequal distribution of power between the perpetrator and victim is still something that organisations do not fully consider in investigating sexual harassment cases. At workplaces, where most of the current sexual harassment guidelines and laws are applicable, the interpretation is still rather narrow.

Human resource experts Bernama talked to said they would investigate sexual harassment complaints and take action if necessary. Some of the actions they identified as sexual harassment included persistent requests for dates and cracking lewd jokes in the office.

But when it comes to interpersonal relationships and power imbalance between the harasser and complainant, the process becomes complicated.

Corporate governance expert Rosman Johar said in his experience, sexual harassment complaints have been used as retaliation against bosses who get involved with their employees.

“What I have encountered, most of the time, (the complaint is lodged) when these two parties are no longer on good terms. Before that, everything is fine. You can do lewd jokes. But the moment there is a conflict between the two, then this employee will waste no time to launch a complaint,” he said.

When asked whether organisations should consider the power imbalance between the boss and employee as a significant factor in sexual harassment, that is, the woman could have felt pressured to enter into a relationship with her boss who exerts power over the trajectory of her career, Rosman said not necessarily as the employee had every right to reject the boss and lodge a complaint.

“You need to say ‘no’ at the very beginning. But if you’re not happy with the boss only after one year because of the appraisal, then you have some regret. There is no such thing. If we were to investigate that, we would consider all these factors,” he said.

Most international organisations such as the World Bank have a presumption of wrongdoing on the part of the superior in romantic relationships with a subordinate, considering that a subordinate could not really give full consent to someone who holds power over him or her.

Courts in other countries have recognised seemingly consensual relationships can be sexual harassment because the employee only consented to engage in an affair or other conduct out of fear of reprisal or job security.

Universiti Malaya gender studies expert Dr Lai Suat Yan said Malaysia still has a culture of victim blaming where society places the responsibility for a violation on the victim and not the one doing the violation.

She said Malaysians have been socialised to do so, automatically thinking the victim did something to somehow invite lewd behaviour and harassment.

“We focus very much on women, how women should behave and whatnot. And also kind of socialised to say boys will be boys and hear so many times men cannot control their sexual desires, therefore women should be careful,” she said.

As such, she said officers in charge of investigating sexual harassment claims in every organisation should undergo sensitivity training so as not to engage in victim blaming, which may in turn discourage victims from speaking out.

Awareness is slowly increasing and victims are beginning to speak out, based on the number of sexual harassment complaints lodged with the police. In 2019, the then Deputy Women, Family and Community Development Minister Hannah Yeoh told reporters more than 1,200 cases of sexual harassment were reported to the police between 2013 and 2017.

However, the reported cases tend to be on the serious side, involving physical harassment such as sexual assaults.

According to a 2019 survey by YouGov of 1,002 respondents, 36 percent of Malaysian women reported they have been sexually harassed compared to men at 17 percent. Slightly more than half of the victims reported it or told it to their friends. The survey also found most women take precautions to guard against sexual harassment such as avoiding certain areas, avoiding interactions with strangers and avoiding being alone.

“For every case, you know there are 10 other cases that are not being reported,” Zaireeni said, citing her experience with women’s rights groups and their sexual harassment hotlines.

She said many women do not understand what sexual harassment is, which makes it harder for them to report it. She added that some types of harassment are so subtle that victims – mostly women – second guess their judgment and brush it off.

The keyword here is unwanted. Zaireeni said people should regard any unwanted sexual attention or content that makes them uncomfortable as sexual harassment.

Lai agreed, saying there must be an effort to educate the public, via public service announcements in public spaces, on personal boundaries, consent and what behaviours constitute sexual harassment.

“When we talk about a comprehensive sex harassment law, it’s not just having the procedure. It’s not just about reporting. It’s also about prevention … We don’t always want to try to address the issue only after it has happened,” she said.

This, in turn, will hopefully help nip the problem in the bud, that is, before “light” sexual harassment such as lewd jokes turns into something serious and violent like stalking, rape and murder.

However, the new law does not address education and increasing awareness among the public or providing protection for the victim.

Dinatra said she hoped the law would evolve to include protection for the complainant, such as anonymity, given the potential for retaliation.

“We’re bound to be victimised even further after we lodge a report. If I’m being sexually harassed in my office and lodge a report and then the harasser gets to know about me, so he scratches my car … that would make me feel afraid to come to work. And eventually, I would just voluntarily leave and resign,” she said.

Despite the challenges, Zaireeni said it is important for victims to speak up.

“(Otherwise) the perpetrator will keep doing it to other people because he thinks it is fine to do that,” she said. — Bernama