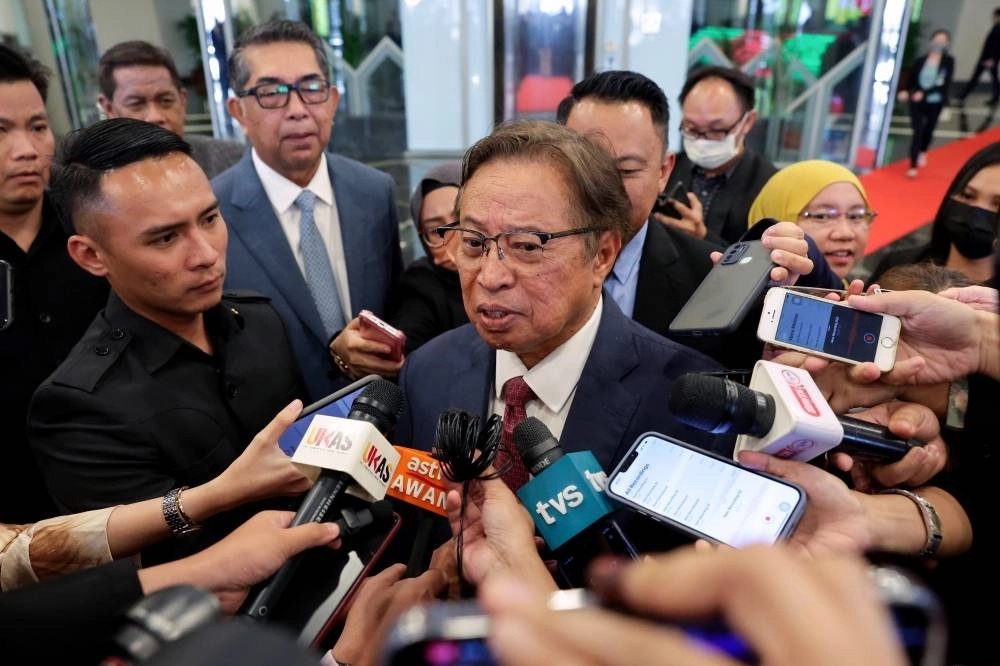 Abang Johari responds to reporters after the GPS closed-door meeting at PBB headquarters.

KUCHING (Nov 22): Gabungan Parti Sarawak (GPS) chairman Datuk Patinggi Tan Sri Abang Johari Tun Openg had little to say on whether the state’s ruling coalition had made any new stand regarding the choice for the post of prime minister.

“Just wait first, as I do not have the details,” he said when met by reporters after chairing a closed-door GPS meeting at Parti Pesaka Bumiputera Bersatu (PBB) Headquarters at Jalan Bako here today.

Nonetheless, the Premier said he and the MPs from GPS would be monitoring the situation in Peninsular Malaysia ‘very closely’.

Earlier today, the Premier of Sarawak’s Office issued a press statement, announcing that the GPS would leave it to the discretion of the Agong to pick the next prime minister to lead the new federal government.

GPS had previously proposed for the formation of the next federal government to be amongst the PN, Barisan Nasional (BN), GPS and Gabungan Rakyat Sarawak (GRS), to reflect the representation of Malaysian multi-racial and multi-religious setting-up.

“In view of the political turmoil in Peninsular Malaysia, GPS is of the view that the mandate of the people must be respected. Therefore, GPS relies on the wisdom of the Yang di-Pertuan Agong based on the power afforded to His Majesty by the provisions in the Malaysian Constitution to form a stable federal government.”

GPS stressed that national interest should be of utmost important and that a stable government should encompass the interests of the nation and people, rather than personal interests.

Anwar led the largest political bloc, holding 82 seats in Parliament but it was not enough to form a federal government due to it lacking the simple majority of 112 seats.

The PN, led by former prime minister Muhyiddin came second with 73 seats, and followed by BN with 30 seats, GPS with 23 seats, and GRS, six seats.

Individual parties like Warisan secured only three seats, while Parti Bangsa Malaysia (PBM) and Parti Kesejahteraan Demokratik Masyarakat (KDM), had one seat each.

BN yesterday had stated its option to remain neutral, and would rather be in the opposition.