Tuesday, February 7
You are at:Home»News»Sarawak»GPS MPs keeping mum on audience with King
For the freshest news, join The Borneo Post's Telegram Channel and The Borneo Post on Newswav. 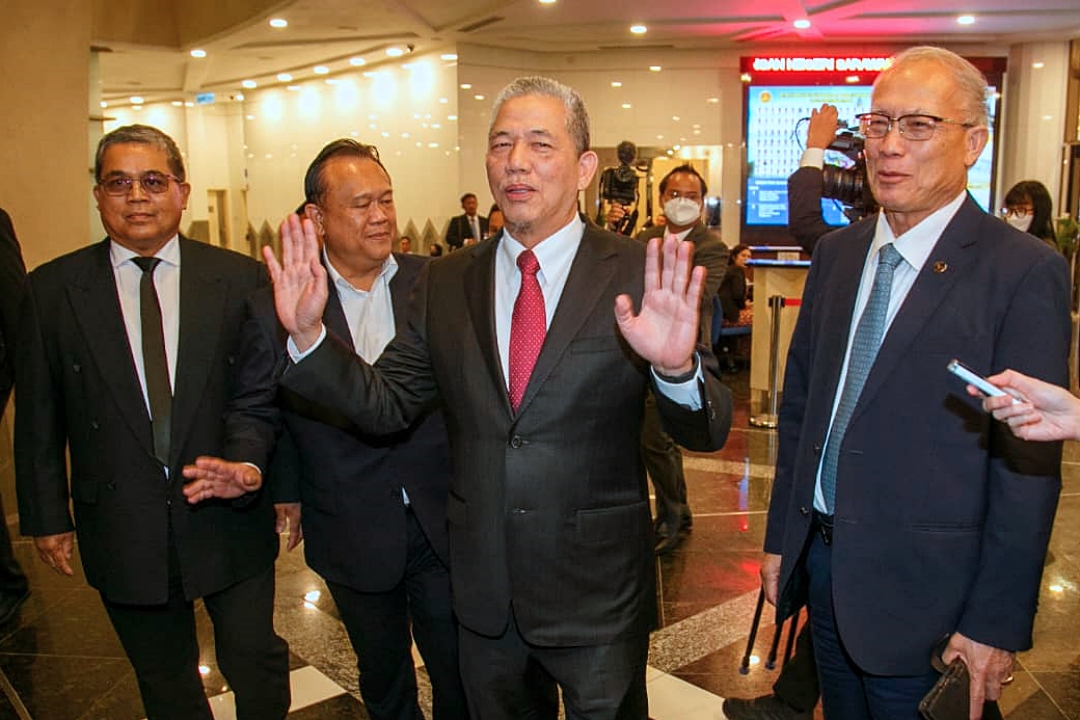 Fadillah and the other GPS MPs when met at the DUN Complex here today.

KUCHING (Nov 23): Four Gabungan Parti Sarawak (GPS) MPs who were summoned by the King in a bid to break the stalemate in the formation of the new government were seen at the State Legislative Assembly (DUN) Complex here today.

When asked by reporters how was their audience with the King, Fadillah declined to reveal any details.

“No comment. We need to meet Sarawak Premier (Datuk Patinggi Tan Sri Abang Johari Tun Openg) first and report to him,” he said.

Before being met by reporters, the MPs were on their way to meet Abang Johari, also Gabungan Parti Sarawak (GPS) chairman, who was attending the DUN sitting.

The four were among the GPS MPs to have an hour-long audience with the Agong earlier today.

GPS representatives have  been summoned to Istana Negara today in an apparent bid to break the deadlock in the search for the new prime minister.

Royal Comptroller of Istana Negara, Datuk Seri Ahmad Fadil Shamsuddin, had said in a statement that the Agong wanted to have individual sessions with the MPs today.

This comes after both Pakatan Harapan (PH) and Perikatan Nasional (PN) failed to demonstrate that they command the majority of the Dewan Rakyat after yesterday’s 2pm deadline.