Saturday, January 28
You are at:Home»News»Nation»PH names Kedah PKR secretary as Padang Serai candidate
For the freshest news, join The Borneo Post's Telegram Channel and The Borneo Post on Newswav. 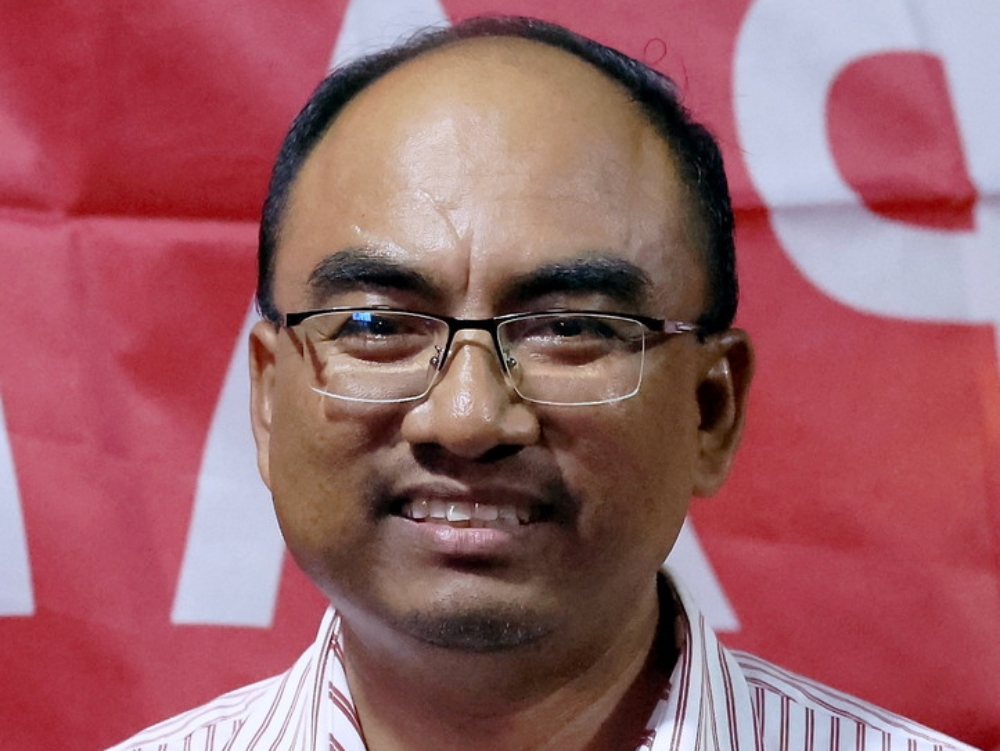 Mohamad Sofee, 47, a lawyer, is replacing PH’s previous candidate, M. Karupaiya, 69, who died on Nov 16, believed to be due to a heart attack and health complications. – Bernama photo

Mohamad Sofee, 47, a lawyer, is replacing PH’s previous candidate, M. Karupaiya, 69, who died on Nov 16, believed to be due to a heart attack and health complications.

Mohamad Sofee had previously contested for the Kuala Ketil state seat in GE14.

Meanwhile, Salahuddin, in his speech, said polling for the Padang Serai parliamentary state seat is very important to increase the number of PH Members of Parliament (MPs).

“He (Mohamad Sofee) is a young figure and leader. In terms of qualifications, skills, and experience, Insya-Allah, it cannot be disputed and we believe that he will be able to carry PH’s victory banner in Padang Serai on polling day,” he said.

The Election Commission (EC) previously announced that following Karupaiya’s death, polling for the GE15 for the Padang Serai parliamentary was postponed. The EC then fixed Dec 7 as polling day while early voting is on Dec 3.

The nomination process will take place tomorrow with candidates who have been confirmed to contest for the seats during the nationwide nomination day on Nov 5 need to be present at the centre for the drawing of numbers on the ballot paper between 9 am and 10 am.

Polling for the Padang Serai parliamentary seat will be carried out at 46 polling centres, involving 230 channels. For early voting, there will be one polling centre with two channels.

The Electoral Roll to be used for the election contains a total of 133,867 voters consisting of 133,776 ordinary voters, 76 police personnel, and 15 absentee voters overseas. – Bernama