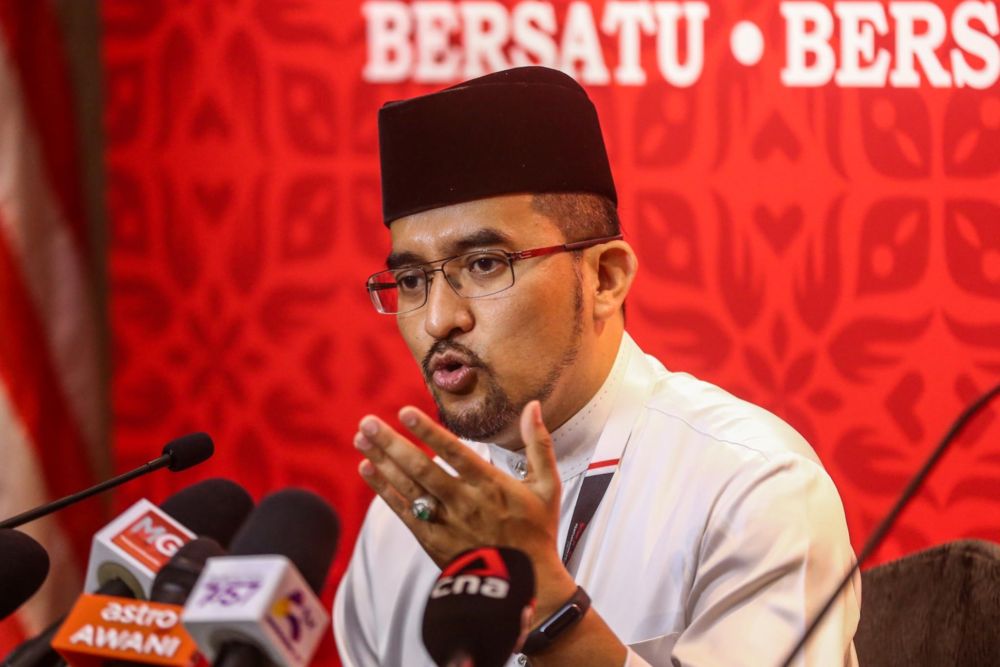 KUALA LUMPUR (Nov 23): The Umno Special Supreme Council meeting tonight will discuss the offers and conditions presented by both Pakatan Harapan (PH) and Perikatan Nasional (PN) in their bid for support to be given to either one to form the government.

Asyraf Wajdi, however, said the issue of calls for Datuk Seri Dr Ahmad Zahid Hamidi to resign as BN chairman and Umno president was not on the discussion agenda tonight.

He said the meeting will also discuss the issue of the 10 BN MPs who before this were said to have signed statutory declarations (SD) in support of Tan Sri Muhyiddin Yassin as the 10th Prime Minister candidate.

“We will definitely discuss this matter because one thing that we have to remember based on the party constitution is that before all BN candidates receive their letters of candidacy, there were four legal documents that needed to be signed, namely the offer letter, the SDs, the nomination agreement letter and the pledge document.

“Collectively, these four documents indicate that the seat contested by any BN MP is not a personal commitment nor is it tied to the component parties, but belongs to BN,” he said. – Bernama