Wednesday, February 8
You are at:Home»News»Nation»Anwar frontrunner for PM post in unity govt, with Tok Mat also in contention to be DPM
For the freshest news, join The Borneo Post's Telegram Channel and The Borneo Post on Newswav. 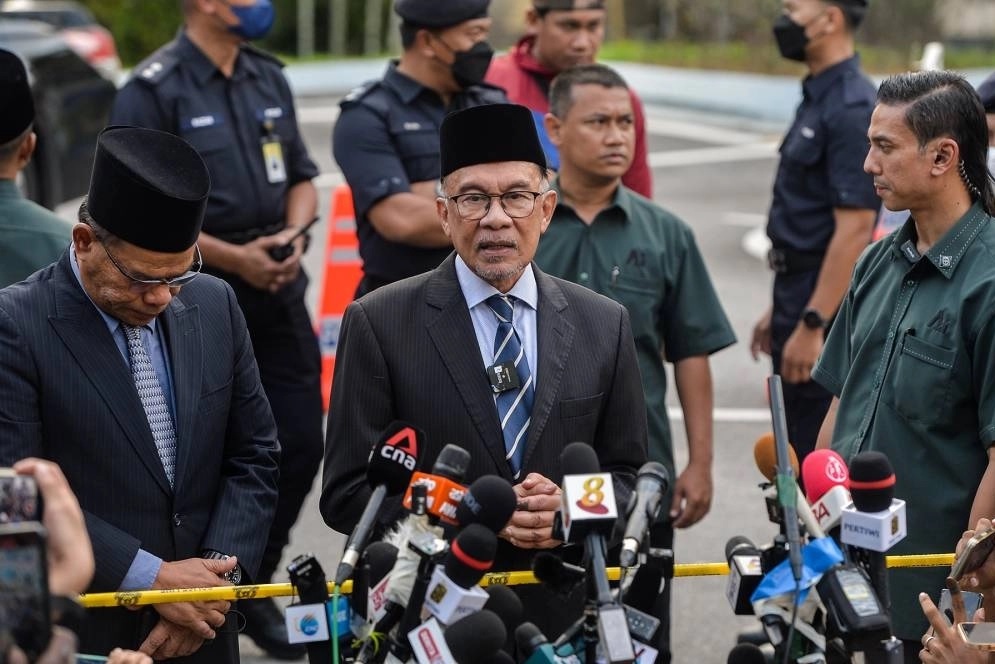 Pakatan Harapan chairman Datuk Seri Anwar Ibrahim speaks during a press conference outside the palace gates after meeting with the Agong at Istana Negara, November 22, 2022. — Picture by Miera Zulyana

KUALA LUMPUR (Nov 24): Datuk Seri Anwar Ibrahim is on the cusp of finally becoming Malaysia’s prime minister, while Umno’s Datuk Seri Mohamad Hasan could also be made a deputy prime minister in a unity government, talk of which has gained momentum since yesterday.

Malay Mail understands that among the proposals being put in place under a deal for Barisan Nasional (BN) to back Anwar’s Pakatan Harapan (PH) to lead the new government, Umno could also find itself snagging a number of key portfolios in the next Cabinet.

It is unclear if Mohamad, or Tok Mat as he is affectionately known, will be the only deputy prime minister in the proposed names.

The Agong has requested a new government to be inclusive and this could mean Sarawak and Sabah parties also being appointed to important positions as well.

Malaysia is on the verge of seeing a new government after a tension-filled wait of twists and turns since last Saturday’s general election ended inconclusively in a hung Parliament.

A turning point was achieved late last night when Umno announced it would back a unity government that was not led by Perikatan Nasional (PN).

The apologies are expected to pave the way for the Sarawak coalition’s support.

This morning, the Yang di-Pertuan Agong Al-Sultan Abdullah Ri’ayatuddin Al-Mustafa Billah Shah met his fellow rulers for a special meeting of the Council of Rulers to brief them on the political impasse.

The Agong had given political parties until 2pm on Tuesday to prove they had the majority to form a government and name their prime minister candidate.

However, neither Anwar’s PH nor Tan Sri Muhyiddin Yassin’s PN could demonstrate they had a simple majority in the Dewan Rakyat — which is at least 112 MPs out of 222 — by the time they were summoned for an audience with the Agong on Tuesday evening. – Malay Mail