Wednesday, December 7
You are at:Home»News»Nation»Anwar: Islam, Bumiputera rights will be upheld but no M’sian will be marginalised under his watch 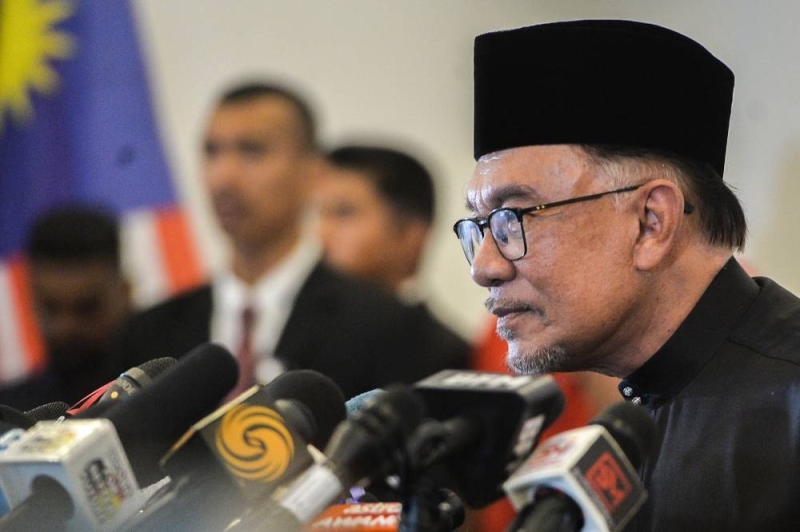 Datuk Seri Anwar Ibrahim said his administration will not compromise on ensuring and recognising the rights, citizenship, and opportunities of every race, religion and region in this country. – Malay Mail photo

KAJANG (Nov 24): Prime Minister Datuk Seri Anwar Ibrahim today stressed that his coalition government will uphold the tenets of the Federal Constitution, namely the status of the Bumiputera, the Malay language, the religion of Islam, and the Malay rulers.

He said that his proclamation was not merely a “campaign slogan” and promised that concrete action would be taken regarding the matter.

“But we will not compromise on ensuring and recognising the rights, citizenship, and opportunities of every race, religion and region in this country,” he said during a press conference at the Sungai Long Golf and Country Club.

“No Malaysian should be left to feel that they are ignored in any way, none should be marginalised under my administration,” he added, as the audience here burst into applause.

A handful of bystanders were also seen tearing up.

Anwar said that he did not deny there were “voices of anxiety” being pushed by “certain parties”, but said he would uphold the Federal Constitution.

Earlier today, Anwar was sworn in as the 10th prime minister of Malaysia, ending more than four days of political impasse after the 15th general election ended in a hung Parliament. – Malay Mail