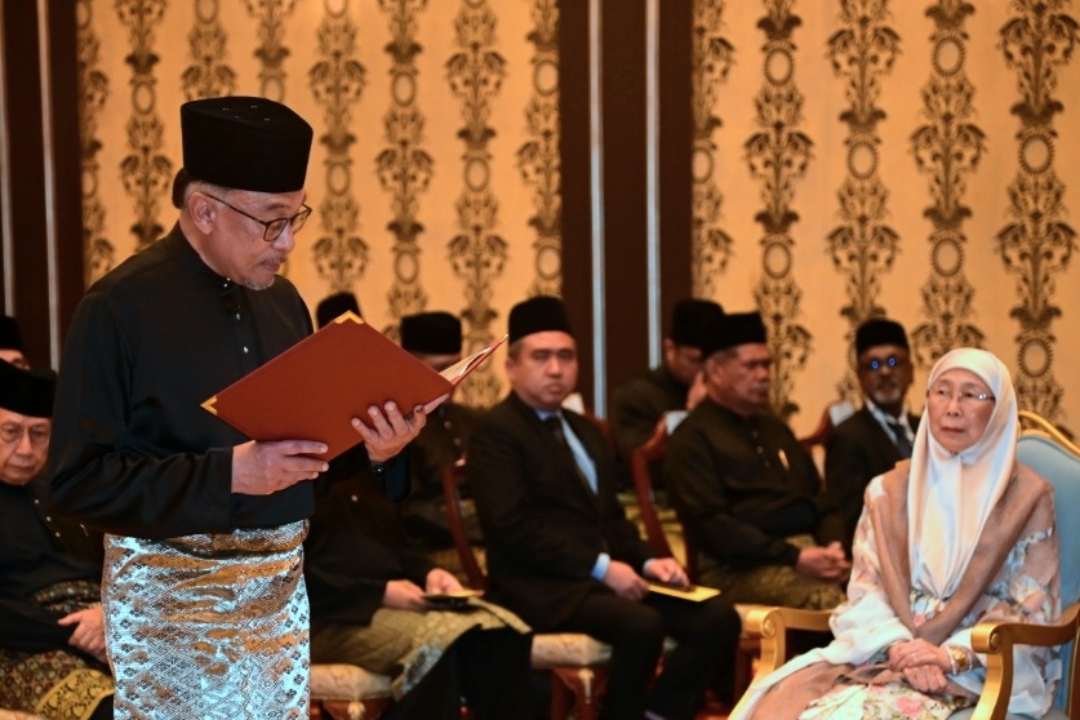 KUALA LUMPUR (Nov 24): Datuk Seri Anwar Ibrahim has officially been appointed as Malaysia’s 10th prime minister, after taking his oaths of office and secrecy before the Yang di-Pertuan Agong this evening.

It also ends the current stage of the political intrigue and uncertainty that befell Malaysia after the 15th general election that Malaysians had been told was urgently needed to give the country stability.

Anwar must now work to form a Cabinet that will need to balance the composition of the parties supporting his Pakatan Harapan coalition in forming the government, as well as the communal sensitivities of the country that had motivated the Agong to advocate for a unity government.

“This trust I will bear humbly and responsibly,” the new PM said on Twitter after the ceremony.

“This burden I will carry, guided by the will and conscience of Malaysians and my team.”

Neither Anwar nor Perikatan Nasional (PN) chairman Tan Sri Muhyiddin Yassin had the majority needed, leading to days of negotiations and heightened tensions among political parties, and repeated audiences with the Agong.

This culminated in a special meeting of the Conference of Rulers earlier today, after which the Agong announced Anwar as the next PM.

Upon being summoned, a beaming Anwar made his way in front of the Agong to receive his appointment papers and take his oaths.