Sunday, November 27
You are at:Home»News»Nation»Azalina: Parties need not sell out principles, can agree on joint manifesto within unity govt or back minority govt 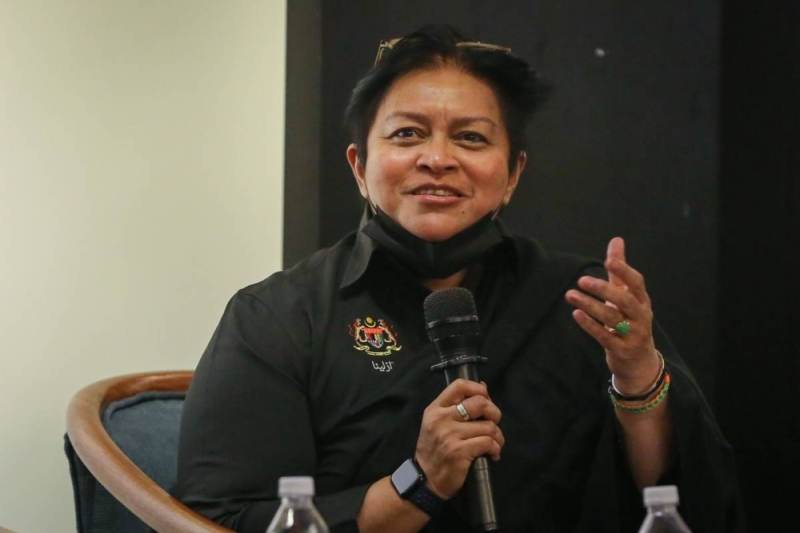 KUALA LUMPUR (Nov 24): Political parties within a unity government need not sell out on their principles and policies and can remedy this by consenting to a joint manifesto, Datuk Seri Azalina Othman Said said yesterday.

Acknowledging the Yang di-Pertuan Agong’s wish for a unity government formed between the various political bloc in the ongoing post-election political deadlock, Azalina had sought to outline the advantage of being part of an inclusive unity government.

“Being part of a unity government does not mean that parties need to sell out on their principles and policies. Instead, they can agree on a joint manifesto to incorporate as broad of their manifesto promises as possible.

“This allows the parties to maintain their principles and policies, as well as to ensure that voters do not feel that they have been cheated,” she said in a statement here.

Malaysia’s Parliament is hung for the first time in the country’s 59-year history following the November 19 general election.

No coalition won a simple majority of 112 out of 222 seats in the Dewan Rakyat in the 15th general election.

Azalina seemed to favour a minority government or a weak majority one, which can be preserved through a confidence and supply agreement (CSA) with those in the opposition.

“It’s a watered-down model of the ‘Strong Majority Government with a Responsible Opposition’, but with greater freedom for some parties who want to stay out of the Government but are still committed to its survival under pre-agreed conditions,” she said.

She said in this minority government, some parties can still support the government without diluting its identity and distinction, with a “slimmer” government as the CSA would allow Opposition MPs to take up positions in the Shadow Cabinet or parliamentary committees, and check and balance will be stronger.

“In all three models, smaller parties are accommodated, but as we move from unity government to minority government buffered up with a CSA, we will gain in increased coherence within government, greater check and balance and retention of identity for parties who want to stay out of government,” she said.

“It is now up to political parties to put aside their personal agendas and differences in order to put the people first, so that as a nation we can achieve cooperation between race, religion, and region as a sign of respect to the Yang di-Pertuan Agong’s decrees,” she said.

This option was also suggested by electoral watchdog Bersih, which said in a separate statement that all parties should consider power-sharing through Parliament.

The Yang di-Pertuan Agong will seek the views of his fellow Malay Rulers in reaching a decision on the current political deadlock through a Conference of Rulers meeting today.