Wednesday, December 7
You are at:Home»News»Nation»PAS president appears to concede, but insists Anwar must prove true level of support 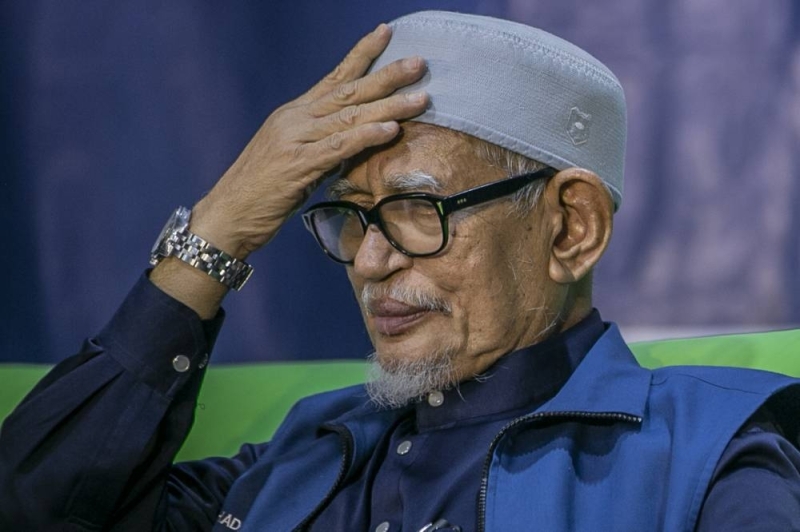 In a Facebook post published shortly after Datuk Seri Anwar Ibrahim gave his first press conference as the 10th prime minister of Malaysia, Tan Sri Abdul Hadi Awang said the important thing was that PAS had remained steadfast and true to itself and Malaysians. – Malay Mail photo

KUALA LUMPUR (Nov 24): PAS president Tan Sri Abdul Hadi Awang said it was imperative that Prime Minister Datuk Seri Anwar Ibrahim demonstrate his support among lawmakers, even as he appeared to surrender his coalition’s claim to the position.

In a Facebook post published shortly after Anwar gave his first press conference as the 10th prime minister of Malaysia, Hadi said the important thing was that PAS had remained steadfast and true to itself and Malaysians.

“We tried our best. Subsequently, the prime minister must prove the real level of support received,” he said, before pledging his party’s continued service to the public.

However, this figure included the statutory declarations of 10 Barisan Nasional MPs that were rescinded after the coalition decided to back Pakatan Harapan as a whole.

Even as Anwar was about to be sworn in before Yang di-Pertuan Agong Al-Sultan Abdullah Ri’ayatuddin Al-Mustafa Billah Shah this evening, Muhyiddin continued to demand that Anwar show the declarations he received.

However, Anwar has made the matter moot by convening Parliament on December 19, during which he will demonstrate his level of support among lawmakers with a vote of confidence. – Malay Mail

Previous ArticlePM Anwar: DPM post will come from stronger component coalitions
Next Article Anwar: Islam, Bumiputera rights will be upheld but no M’sian will be marginalised under his watch