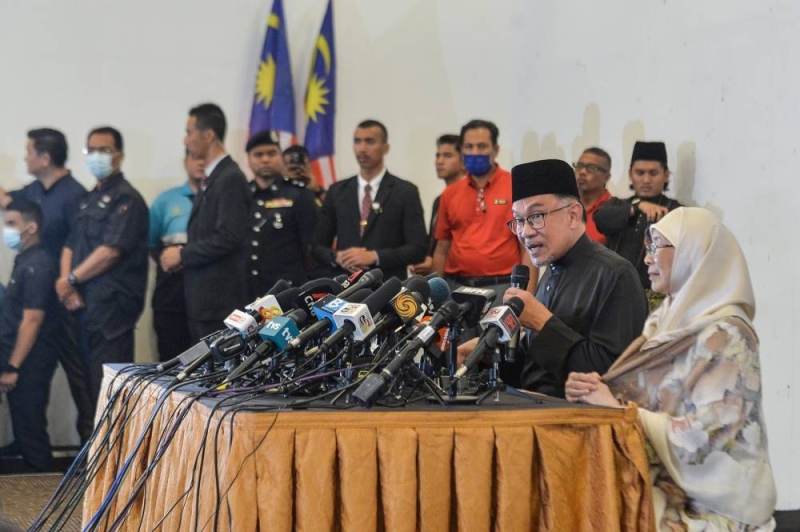 He said that would include Pakatan Harapan (PH), and the other stronger coalition, that is Barisan Nasional (BN).

“The DPM position will come from stronger component coalitions and that will be PH, the other one is BN and between Sabah and Sarawak, it will be GPS (Gabungan Parti Sarawak) as it is the stronger one,” Anwar told a press conference tonight.

Critics have questioned the choice of a deputy prime minister and if the candidate would be from BN’s court cluster.

When asked Anwar if he will appoint someone from the BN coalition who have ongoing court cases, he had asked to be given time to discuss the matter.

“That is an issue which was raised… as it will involve a unity government.

“Give us room to discuss (this), we didn’t have time to discuss this,” he explained.

Anwar did not reveal his choice of DPM candidates, instead he brushed the question off.

“The candidate of DPM, when I decide I will inform you,” he said in jest. – Malay Mail

Previous ArticlePM Anwar to convene Parliament on Dec 19, put himself before vote of confidence
Next Article PAS president appears to concede, but insists Anwar must prove true level of support